Former Sears Tower in Chicago has a new owner 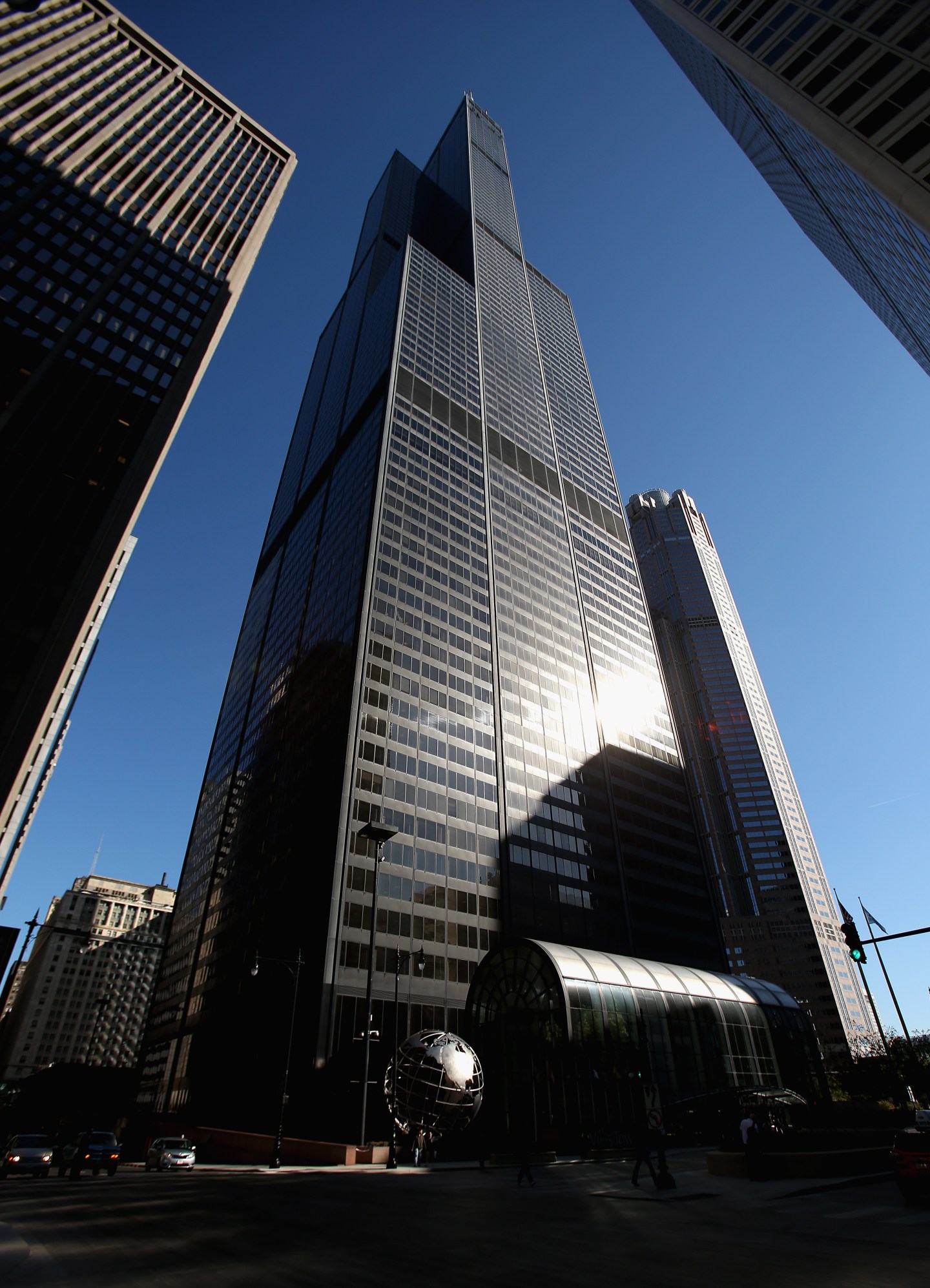 (Reuters) – The Blackstone Group LP agreed on Monday to buy the Willis Tower, the former Sears Tower that for 25 years was the world’s largest building, in a deal that features an observation deck as a tourist attraction and unique revenue stream.

The acquisition was valued at $1.3 billion, making it the highest price paid for a U.S. office tower outside of New York, according to MarketWatch, which first reported the news.

The 110-story Willis Tower at 233 South Wacker Drive is the second-tallest U.S. office building with (0.35 million square meters) of space, and the fifth-tallest office building in the world, Blackstone said in a news release.

“From a risk-adjusted return basis, it’s very attractive, especially with what’s going on in other market places,” said Ken Riggs, president of Situs RERC, which does valuations of commercial real estate.

“Even though it’s an old building, it’s an iconic building. It’s in the West Loop, which I view as a market that has very strong long-term potential,” Riggs said.

The Skydeck attracts 1.6 million visitors annually, a draw that Blackstone hopes to build on. The Skydeck includes the “Ledge,” glass cubes that extend from the Willis Tower with an unobstructed downward view because of the see-through flooring.

“We are bullish on Chicago as companies expand within and move into the city and look for first-class office space,” said Jacob Werner, a managing director in Blackstone’s real estate group. “We see great potential in further improving both the building’s retail operations and the tourist experience.”

Blackstone plans to revamp the Skydeck due to the growing popularity of observation decks, MarketWatch said. The Empire State Building earned nearly 40 percent of its revenue from 4.3 million visitors, or about $82 million in income after expenses. The Willis Tower gets more than $25 million annually, and Riggs said naming rights could boost that when they expire.

The agreement was between Blackstone Real Estate Partners VII and 233 South Wacker Drive LLC. The owners paid $841 million for the property in 2004. The building was the world’s tallest from when it opened in 1973 until 1998.

On a square-foot basis, the price for the Willis Tower was about $340, a fraction of what trophy towers fetch in major cities, MarketWatch said.

Douglas Harmon of Eastdil Secured was the exclusive representative on the transaction, Blackstone said.