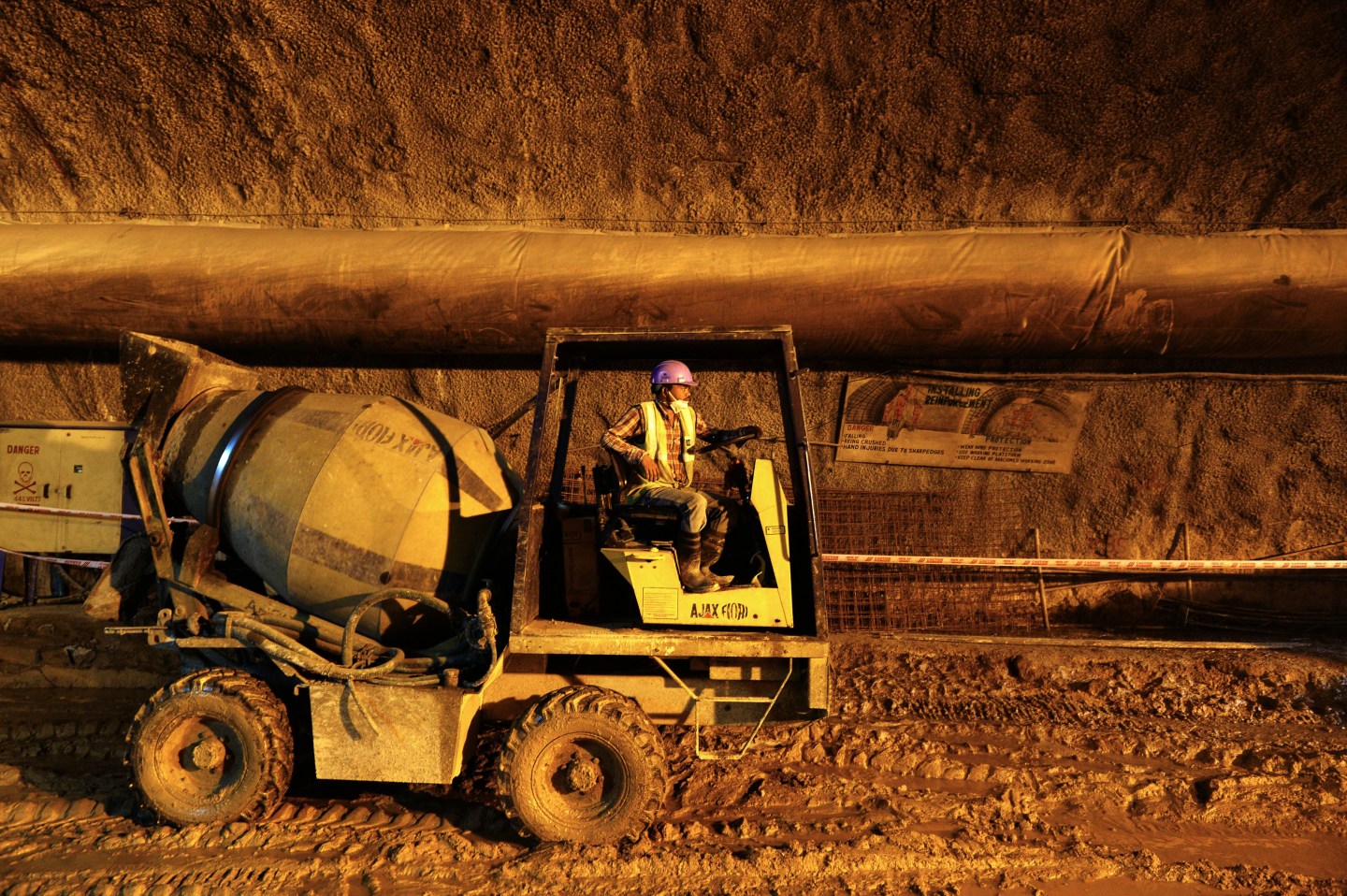 One of 2014’s biggest mergers is on the point of unravelling after Swiss-based cement group Holcim SA (HCMLY) said Monday buckled to shareholder pressure and said it wouldn’t go ahead with its proposed deal with France’s Lafarge SA (LFRGY) on the current terms.

Trouble for the €40 billion ($42 billion) deal, originally announced in April last year, has been brewing for a while, with shareholders in Holcim demanding more favorable terms due to the way the two companies have performed since the deal was announced. Holcim, which was valued at 47% of the proposed merged entity, churned out over three times as much free cash as the supposedly more valuable Lafarge last year.

Holcim’s board said Monday that “the combination agreement can no longer be pursued in its present form,” and that it would push both for changes both to the proposed share exchange ratio, and to the “governance issues”–which analysts took as meaning that it’s no longer prepared to accept Lafarge chief executive Bruno Lafont taking the helm of the merged company.

The strain on the deal is in large part due to the turbulence that has hit emerging markets in recent months as the Federal Reserve prepares to raise interest rates for the first time since 2006. The industrial logic of the deal has always revolved around the outlook for moving the teeming billions of Asia and Africa into cities, and some of Holcim’s key markets such as India and Indonesia have held up better than Lafarge’s in Africa. Lafarge is also heavily present in the Middle East, where construction spending is cooling rapidly as the flow of oil dollars dries up.

Neither side really wants the deal to unravel after a year of huge bills related and regulatory headaches. Holcim’s largest shareholder, Thomas Schmidheiny, needs to reduce his stake in the company to allow his heirs, who reportedly have little interest in the family business, a smoother exit. Lafarge needs Holcim’s cash flow to help service a €9 billion net debt pile (over 13 times last year’s earnings before interest, taxes, depreciation and amortization).

And neither side wants to pay Ireland’s CRH Plc (CRHCF) a €157 million incur breakup fee to reverse the €6.5 billion sale of selected assets announced last month. The disposal is one of a number of conditions imposed by antitrust regulators. Interestingly, CRH’s stock performed almost as badly as Lafarge’s on the news, reflecting the threat that it might lose a big strategic opportunity.