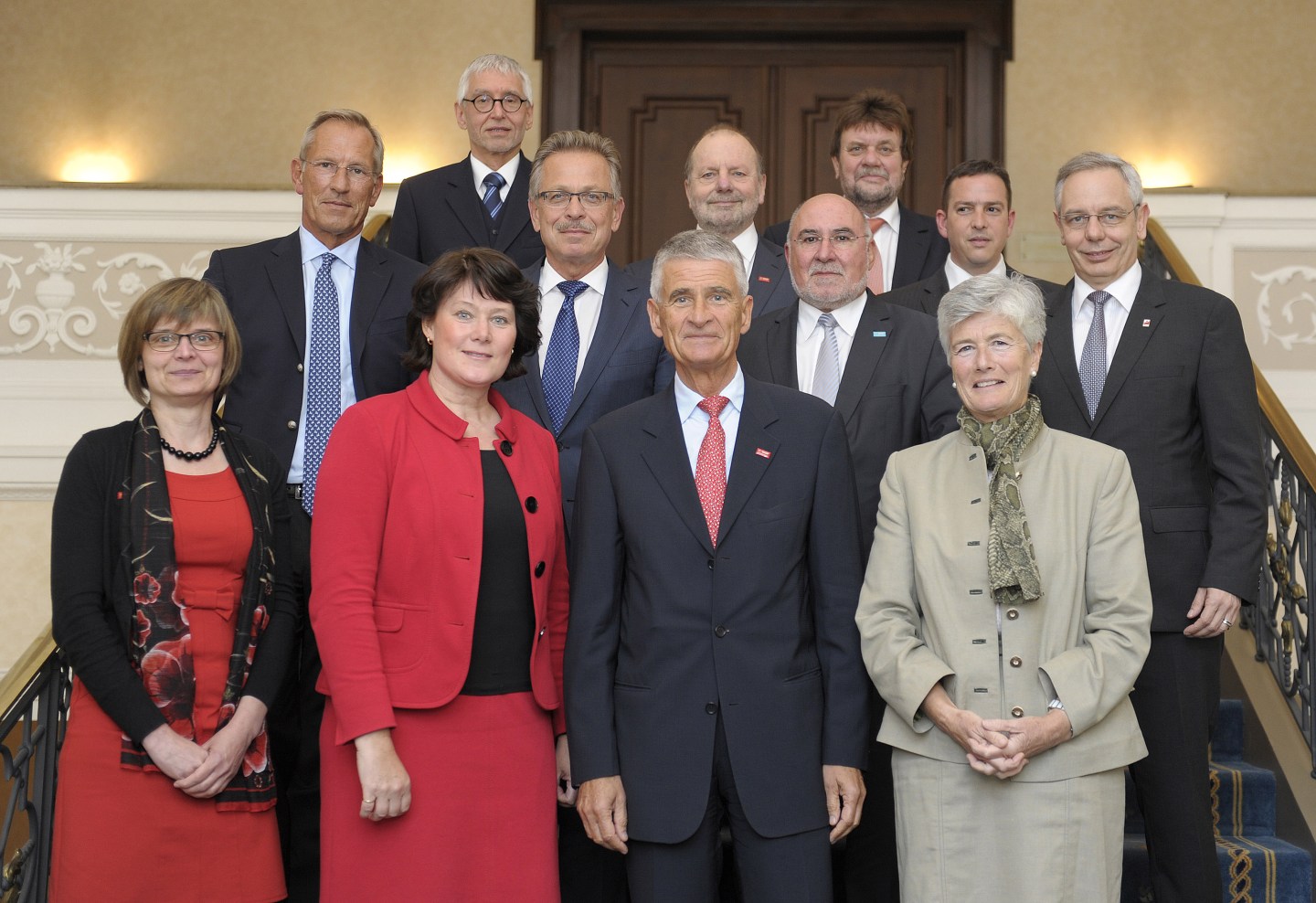 When Germany passed legislation last week requiring its largest listed companies to appoint women to 30% of their supervisory board seats, the question arose: How many companies don’t meet this standard?

According to an analysis of data compiled by Fortune and S&P Capital IQ, at least 13 of the 21 German-based Fortune Global 500 would not meet the quota if it were in effect today. These include well-known multinationals, such as automakers Daimler(DDAIY), BMW (BMW-HM)and Volkswagen (VLKPY), and BASF, the largest chemical producer in the world.

Several, such as Daimler, BASF and conglomerate Thyssenkrupp, come close to meeting the quota, with 25% of supervisory board seats held by women. But at four companies, fewer than 20% of the seats are held by women. One of those, Fresenius SE(FMS), a diversified healthcare company, has no women on its board.

In total, the new 30% quota is expected to affect more than 100 listed companies in Germany and thousands of midsize businesses which are being required to set quotas for themselves. The new German law requires companies to meet the quota as soon as they can post Jan. 1, 2016. This means the companies do not need to add any women board members until an opening occurs. As spots become available, companies will need to fill them with women until they reach their quota.

Currently, women directors on German boards represent 18.5% of directors of companies in the DAX index, according to research nonprofit Catalyst. The boards of S&P 500 in the U.S. do a little bit better at 19.2% female. Fortune reported in January that 5% of the Fortune 500, or 23 companies, have all-male corporate boards.

Fortune‘s analysis shows that eight German-based Global 500 corporations have at least 30% of their supervisory board seats held by women. These include well-known brands such as:

Other European nations, however, have surpassed both the U.S. and Germany in numbers of female board members, in many cases because of their early passage of similar board quotas. Norway, the first to enact such a mandate, boasts the highest percentage among economies surveyed by Catalyst, exceeding 35%. Catalyst included 14 nations in Europe in its review; four in Asia, excluding China; the U.S.; and Canada. No Latin American economies were in the survey.

Fortune contacted each of the 13 German-based giants that currently appear to fall short of the new quota. The 12 that responded expressed their willingness to comply, although one, BASF, expressed clear opposition to the law, saying it was “not the right method” to raise the number of women on boards. “The most important criteria for a Supervisory board seat have to be personal suitability and skills, not gender,” BASF said in a statement issued to Fortune. “Furthermore, we consider a quota as a disproportionate interference in the right of shareholders to decide about their representatives in the Supervisory board.”

That, however, was a minority view, based on the comments that Fortune received. Several, including Daimler, Bayer and Fresenius, told Fortune that they expected to go beyond the quota and were working to bolster the number of women in their senior management ranks as well. “A quota for women on supervisory boards or boards of management does not substitute for women’s enhancement / promotion at other management levels,” an email from a Daimler spokesperson, who asked not to be identified by name, stated. “We will continue to work on that constantly because this is the pipeline for future female board of management and supervisory board members.”

Fresenius, with no women on its supervisory board, pointed out that a current lack of compliance doesn’t always reflect a company’s attitude toward gender balance. Matthias Link, vice president of corporate communications, noted in an email that only a few years ago “at a time when nobody was yet interested in quotas,” the diversified healthcare company had 25% women. Currently, Link wrote, 30% “of its top 1,000 leaders” are women.

“You will struggle to find other DAX companies that can offer similar numbers,” Link wrote. “This being said, we will continue investing in providing equal opportunity to all our employees. And without a doubt, we are committed to respecting the new law.”

Here are the 13 German-based companies we’ve identified, where women hold less than 30% of supervisory board seats. The statistics are list, along with comments Fortune received from the companies.

“In general, Daimler aims to increase the proportion of women in leading positions to 20% by 2020. Regarding the Supervisory Board, Daimler has almost achieved the target of 30% women already.”

“With the first change of a member in 2016, the new member needs to be a woman. How this will be arranged is the task of the Supervisory Board … but they will find a way,” a spokesperson said.

“We will comply with all legal requirements,” a spokesperson said. “In the BASF Group, the worldwide percentage of (senior) executive positions with disciplinary leadership responsibilities held by women was 19.1% at the end of 2014.”

“In order to further increase the share of women in management positions, [Metro] has updated its self-imposed commitment in this regard and adjusted the existing target: By 2017, 25% of management executives on levels 1 to 3 should be women,” a spokesperson said.

Talanx did not respond to a request for comment.

“We will, of course, comply with the new laws,” a spokesperson said in an email. “Besides the supervisory board, we are making steady progress towards our aspirational goals to evolve the gender balance in our management teams. Bayer now has 27% women in our upper five management levels (starting from 21% in the end of 2010, when we started tracking gender numbers).”

“The new term of office will last until the end of the Annual Shareholders’ Meeting, which will resolve on the formal approval of actions for the 2018 fiscal year. In this election the legally required quota of 30% should be fulfilled,” a spokesperson said.

“Our internal E.ON policy for a higher quota of women in management is absolutely in line with the intention of this new law, and we don’t have a problem with the new requirements. Our approach is – as a company with a strong engineering and industrial background with traditionally too few women – to grow the number of female managers organically on all levels of management worldwide. This approach has been successful so far since we achieved a yearly growth of roughly 20% on our top management levels in the past four years. By continuing this approach we will achieve our objective to double our share of women in management mid-term, not only for the board,” a spokesperson said.

Board seats held by women: 15%

Board seats held by women:15%

“Indeed, we have currently no women in the supervisory boards of Fresenius Group and Fresenius Medical Care, which are both listed in the DAX. As the word ‘currently’ indicates, this is rather a snapshot. A few years ago, 25 percent of our supervisory board members were female – at a time when nobody was yet interested in quota,” a spokesperson said. “Moreover, it was a woman – Else Kröner – who built up the company after World War 2, leading Fresenius over decades until the late 1980s. So Fresenius very clearly is a company [that] fosters diversity and equal opportunity within the company as well as participation of women and men at equal terms. This is proven by the fact that 30% of our Top-1,000 leaders today are female; at Fresenius Medical Care it is roughly a third. You will struggle to find other DAX companies [that] can offer similar numbers.”

Pat Wechsler is a veteran business reporter who has worked for Business Week, Bloomberg and Newsday. For seven years, she was editorial director of Treasury & Risk, a magazine and conference franchise for Fortune 1,000 CFOs, treasurers, controllers and senior finance officers.