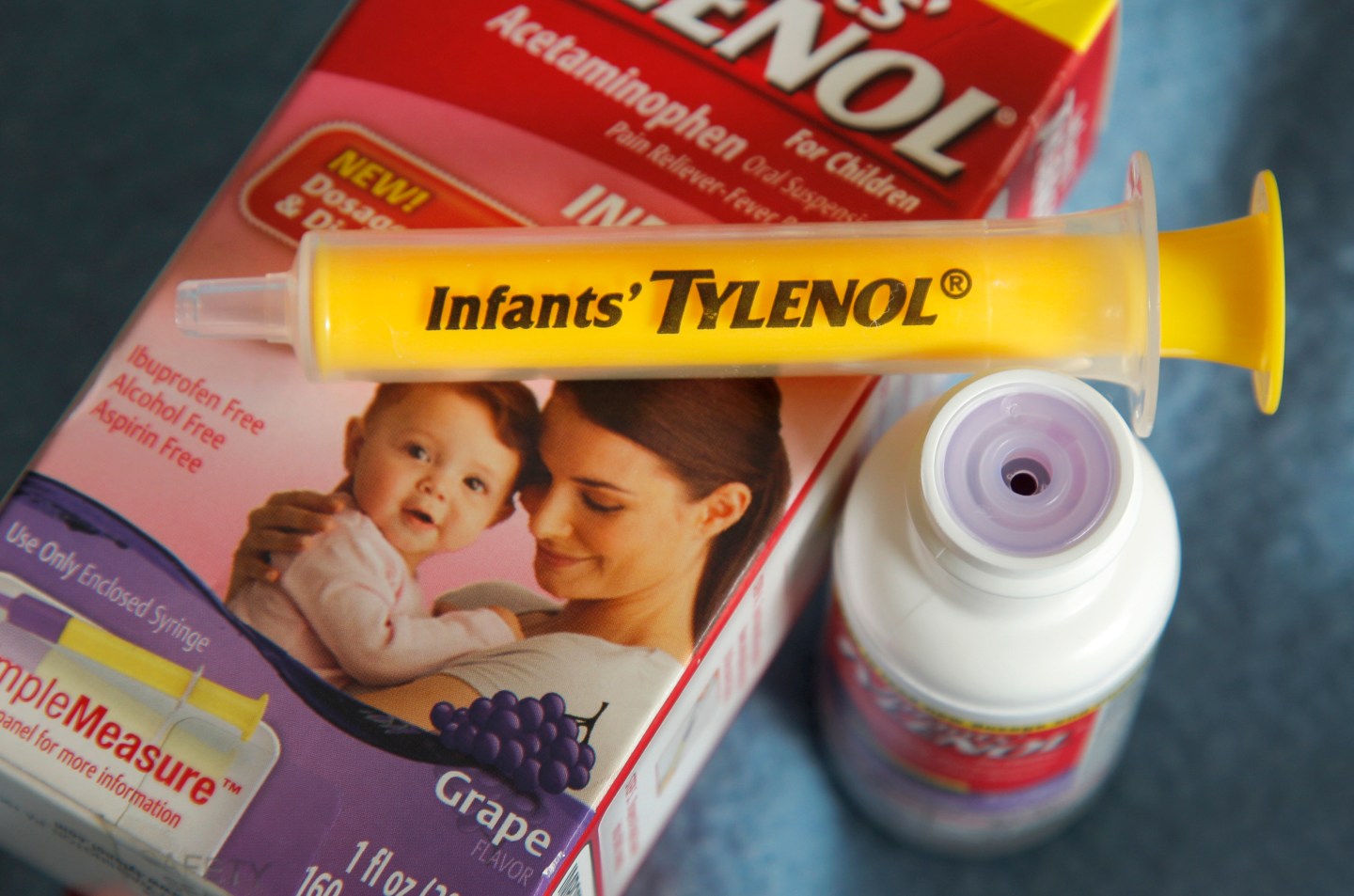 A container of grape-flavored Infants' Tylenol liquid medicine with the enclosed syringe and flow restrictor is posed in Moreland Hills, Ohio on Friday, Feb. 17, 2012. A Johnson & Johnson consumer health business plagued by product recalls says it is pulling some versions of infant Tylenol off store shelves due to problems with a device that helps measure dosing. (AP Photo/Amy Sancetta)
Photograph by Amy Sancetta — AP

The maker of Tylenol pleaded guilty in a Federal Court on Tuesday to selling liquid medicine contaminated with metal.

McNeil Consumer Healthcare, a Johnson & Johnson (JNJ) subsidiary, pleaded guilty in a Federal District Court in Philadelphia to a criminal charge of manufacture and process of adulterated over-the-counter medicines. The company agreed to a $25 million settlement with the U.S. Department of Justice.

The company launched wide-ranging recalls in 2010 of over-the-counter medicines including Infants’ Tylenol and Children’s Motrin.

Those recalls came on the heels of others from 2008 to 2010 that involved hundreds of millions of bottles of Tylenol, Motrin, Benadryl and other consumer products. Metal particles contaminated the liquid medicines, which also suffered from moldy odors and labeling problems.

A spokeswoman for McNeil Consumer Healthcare, said the plea agreement “closes a chapter” and that the company has “been implementing enhanced quality and oversight standards across its entire business,” Reuters reports.