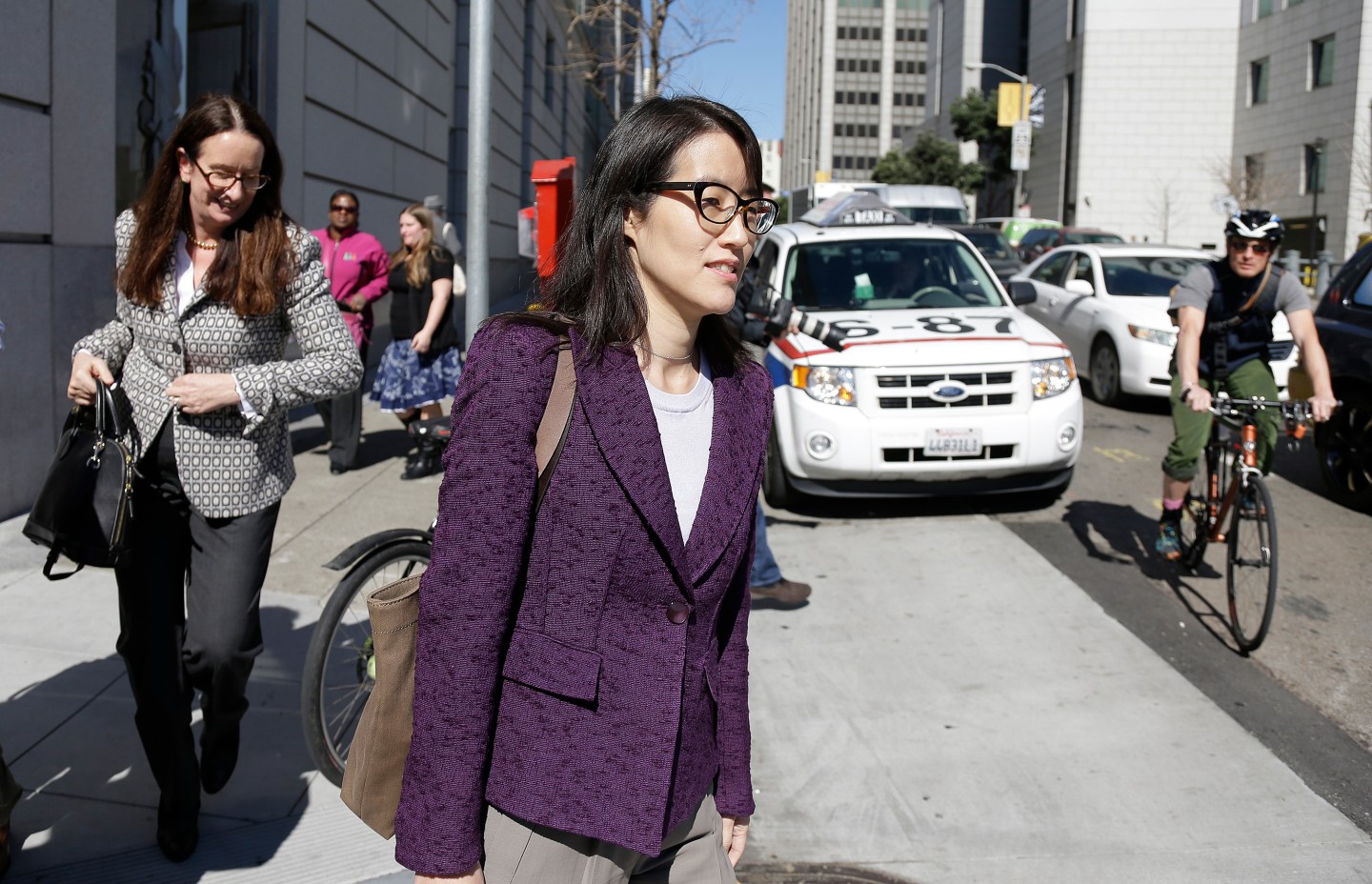 A top Silicon Valley venture capitalist testified Tuesday that he initially fought his partners to keep a female employee they thought wasn’t up to the job. However, around the time she sued the company for gender discrimination, she lost his support too.

Legendary Kleiner Perkins investor John Doerr confirmed he wanted to keep Ellen Pao on staff when she wanted to leave in 2007, and then again in 2009, when Google Ventures talked about hiring her as a general partner. Doerr wrote to his partners saying “I hate to lose her.” In 2011, he pushed to have her performance review changed to be more positive after fellow partner Ted Schlein wanted to tell Pao she was no longer on track to be promoted. However, a year later, around the time Pao had sued his firm, he agreed with his fellow partners that she should go.

“Despite a performance improvement program, Ellen’s performance didn’t improve,” Doerr told the jury. “She needed to leave Kleiner Perkins.” He testified that earlier he had funded coaching for her. “I wanted her to be successful,” he said.

The testimony comes in the second week of the trial in San Francisco Superior Court pitting Pao against one of Silicon Valley’s top venture capital firms. She has accused Kleiner Perkins of overlooking women for top jobs after she complained that a more senior colleague, Ajit Nazre, retaliated against her after she ended their relationship.

Kleiner Perkins, which denies any wrong doing, has rebutted the allegations by arguing that Pao was passed over for promotions and ultimately fired because she didn’t have the skills to be a venture capitalist. Previous testimony by several top managers highlighted performance reviews in which she was described as “territorial” and lacking nuance.

The case is being closely followed in the tech industry, where women are a distinct minority. Gender demographics in the venture capital industry are quite similar and if not worse.

Doerr’s testimony shows that there were differing views about Pao and her abilities, and that over time his support for her eroded. Doerr, who hired Pao and mentored her, repeatedly fought to have her stay with the firm in 2007 when she considered leaving, and in 2009 when Pao wanted to leave for Google Ventures, Google’s investing arm, and yet again in 2011 when his partners wanted to push her out.

When Pao considered becoming one of three general partners at Google Ventures in 2009, (a step up, she was then Doerr’s chief of staff and an associate partner) Doerr wrote to his managing partners, “after four years invested in developing Ellen, I hate to lose her.”

He pushed for a clear decision, one way or another, to let Pao know whether they wanted her to stay or go. In one email, he wrote “If we think Ellen’s future [here] is NOT promising, I feel it is in her best interest to become the third equal general partner at Google Ventures,” he wrote to fellow leading partners.

As a result of this, Pao was offered a new position within Kleiner Perkins that let her move from being Doerr’s chief of staff to be more involved more investing.

During her first years at Kleiner, Doerr’s reviews of Pao as his chief of staff, were glowing. During her first year he wrote: “You have contributed extensively. I’m glad you decided to join.” In correspondence, he referred to her as a quiet leader.

Under examination by Pao’s attorney, Doerr, emphasized that he also had negative things to say about her. On the witness stand, his main concern was Pao failing to get along with people.

“Her peers, and her relationships with senior partners wasn’t smooth,” he said.

After complaining about her relationship with co-worker Nazre, Pao said colleagues noticeably soured on her. She was left out of important meetings and email conversations.

Doerr confirmed he wanted to fire Nazre because of his behavior, but did not do so because managing partner, Ray Lane wanted to keep him. When asked about Nazre’s conduct, Doerr said Nazre had been punished by the firm reducing his bonus in 2007.

Testimony in court yesterday suggested his pay was cut by $22,000, but this was not confirmed by Kleiner Perkins. Doerr explained that “the biggest punishment was I told him I’d lost confidence in his ability to be a partner at Kleiner Perkins.”

Despite this, Nazre was promoted to a senior partner in 2008.

“We thought he would make a good partner and investor,” Doerr said in his testimony, despite having earlier testified that he had told Nazre he had lost confidence in him. During further examination by Kleiner Perkins’s attorney, he explained that venture capital partnerships are built on trust, and at the time he trusted his partners to make the right decision.

The same year Pao and Randy Komisar, a senior member of Kleiner, were working on an investment for Kleiner in RPX, a start-up that tracks patents for clients. Although Pao wanted a seat on the board, it went to Komisar. In an email to Doerr, Pao told of a conversation in which she was told of being passed over because of her pregnancy and a plan to take two months of maternity leave. If true, the incident touches on the idea that the firm discriminated against women.

“Randy stopped by and cleared up my confusion,” she wrote. “He mentioned that you recommended against me being on board seat because I would be on maternity leave.”

Doerr testified that he did not remember the conversation with Komisar or talking to Pao about the board seat. However, Pao’s attorney referred to tension between Komisar and the board over when to go public. Despite that sentiment, Doerr told Komisar to keep the board seat because Komisar “needed a win.”

“Randy need a win, Kleiner Perkins need a win, everyone needs a win,” Doerr said, an apparent reference to the firm’s failure to score any investment blockbusters in recent years. In a moment of self-deprecating candor, he added “I could use some wins.”

Pao’s lawyer also read from a report where Doerr told an internal investigator who was looking into Nazre’s misconduct from 2011 and 2012 that “Kleiner Perkins is a firm ruled by men,” and that “women are at a severe disadvantage because of the sheer number of men who dominate.”

Doerr replied that he could not remember telling the investigator these comments but said: “I don’t consider Kleiner Perkins to be a firm run by men. We have many female partners. It was true in 2012 and it was true now.”