5 tips for launching your own brewery 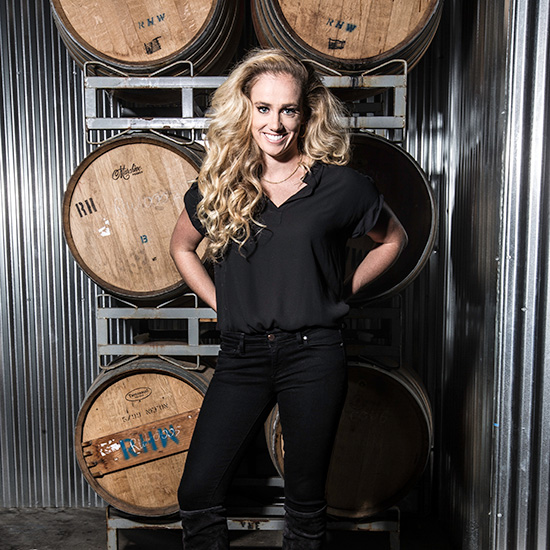 This post is in partnership with Food & Wine for its #FoodWineWomen series. The article below was originally published at FoodandWine.com.

By Meg Gill, co-founder and president of Golden Road Brewing

Folks sometimes ask why I’m open to sharing ideas and challenges we have faced at Golden Road Brewing. First, I truly want to help others avoid pitfalls we’ve seen, and collaboration helps the entire craft beer industry grow. Second, there is no trade secret to what we are doing. There are no shortcuts, either. We have a talented group of individuals at our brewery with the perfect storm of skills and hard work, who work in a family-like environment and who love working together toward the common goal of helping build Los Angeles’s craft beer culture. I believe the consumer feels that mission with each sip!

My mentor and first boss in the beer world, Dale Katechis (founder of Oskar Blues Brewery in Lyons, Colorado), said, “If it ain’t fun, I ain’t doin’ it.” As the craft beer industry continues to grow, strong business acumen is a must—but so, too, is genuine passion and excitement. In everything we do, we focus on quality and strive for perfection while keeping a sense of humor. We’ve made tons of mistakes, but learning from our mistakes is what has led to success in the market and beyond. We live by Dale’s motto while we build upon each experience.

1. Focus on quality. Start early with a focus on quality, which includes not only outstanding recipes the market desires but also consistency so that every beer matches the profile intended by your brewers. Our brewmaster, Jesse Houck, says, “The brewery starts in the lab.” We started building our lab before we had brewing equipment in-house so that we would be ready to not only track every beer as best we could from “grain to glass” but also to instill a culture within our walls that understood quality as our top priority.

2. Prioritize culture over résumé. Early on our biggest challenge was the people side of the business. We were moving fast on hires, often looking at a résumé that was more than a fit within our company. The start-up lifestyle is not for everyone, and it took us 18 months to get the right folks in the right seats on the bus. Today, our culture is one of our proudest achievements; the work environment is collaborative and one that instills the value of learning. We can honestly say that every team member is currently the best person for that job. As our business evolves, our goal is to create an environment where our team grows with it.

3. Know your (home) market. When Tony and I were opening the brewery, we took a trip to Germany to learn about beer and beer culture. We ran into one of our most revered brewery owners in the world, Dan Carey of Wisconsin’s New Glarus Brewing. New Glarus sells the most beer in one single state in the country. It is a model we love. The beer stays fresh, and the focus is on local. We told Dan what we were up to. He said, “Before anything else, own your home market.” Our teams live and breathe Los Angeles. We do all we can to support the community with the goal of becoming part of the fabric of L.A. while brewing the beers that Los Angeles loves. There has not been a second spent or detail spared not following Dan’s advice.

4. Invest in systems. People alone cannot grow a brewery triple digits year after year. People are the drivers and the key component, but there must be great wheels—and a powerful engine—on the bus first. Our investments in technology, processes and system transparency have been vital to our growth. We invested in an SAP solution in our second year that has decreased order changes, minimized room for error and improved communication among departments and all three tiers of the beer system—supplier (us), distributor, retailer. It also allows us to accurately measure variances to budget in real time, helping us better determine our need to make changes in order to reach budget by year’s end. In 2014, we hit our production plan attainment goal at 98 percent. This meant hitting orders consistently and delivering the right beer to the right accounts on time.

5. Get the right beer to the right accounts. How do we forecast accurately? We do not start with a top line number we need to achieve and say, “Okay, brewers, brew to this.” Instead, we take each account in our universe and do our best to judge which beers and how many cases per week each of those accounts will take on in the following year. Talk about organization! For a 3-year-old business with over 4,500 buying accounts in Southern California, this has been a challenge but holds huge rewards assuming the execution piece happens! Training our sales teams to use this information to their advantage on the street is a big key performance indicator we will see in 2015 as we integrate SAP into live sales tracking.