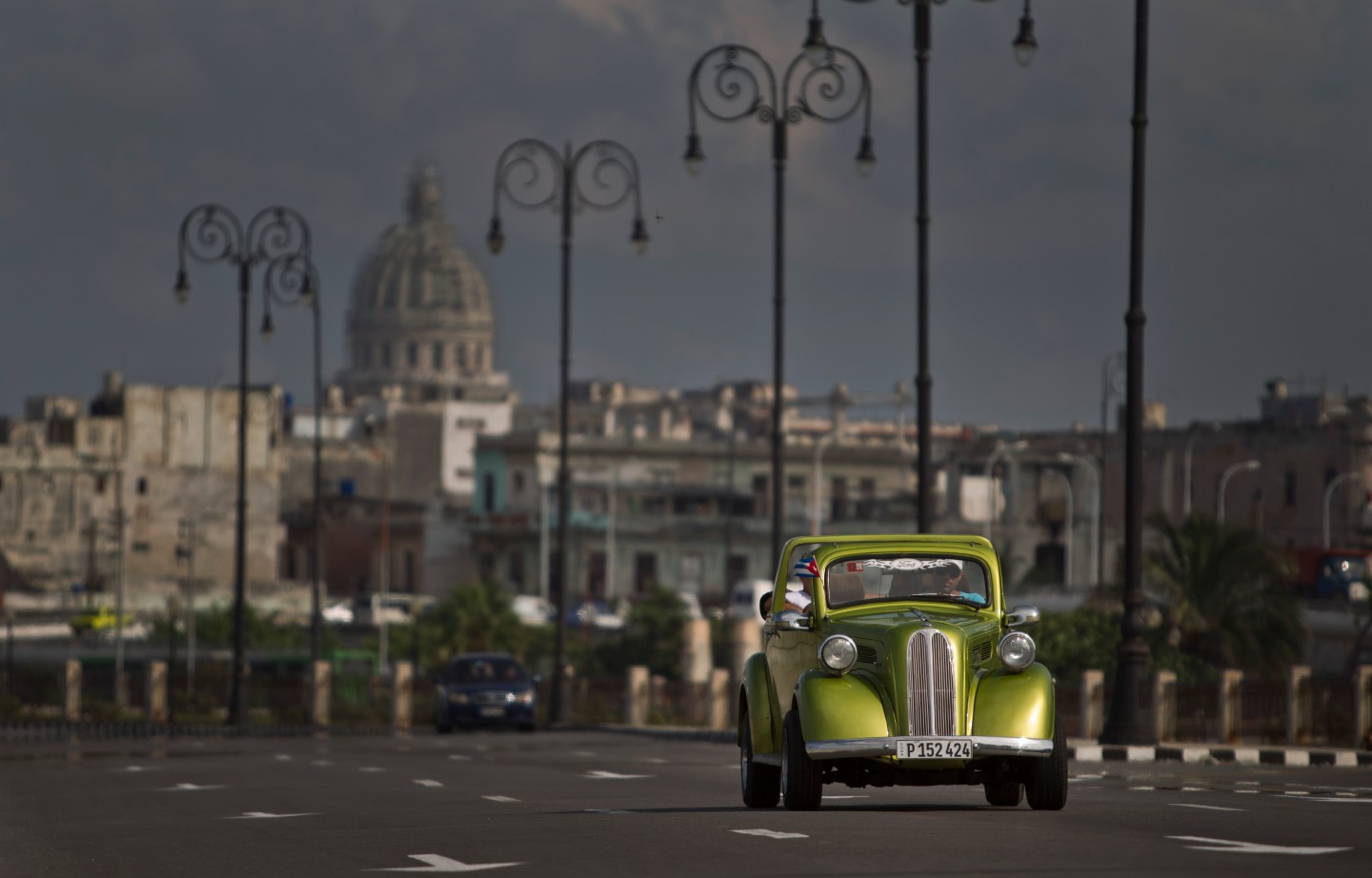 (Reuters) – U.S. President Barack Obama said on Monday that he hopes the United States will open an embassy in Cuba by the time of a Western Hemisphere summit in Panama in mid-April.

In an interview with Reuters, Obama also cautioned that it will take more time to fully establish normal relations withCuba after more than a half-century rupture.

“My hope is that we will be able to open an embassy, and that some of the initial groundwork will have been laid” before the April 10-11 Summit of the Americas in Panama City, Obama said.

“Keep in mind that our expectation has never been that we would achieve full normal relations immediately. There’s a lot of work that still has to be done,” he said.

Washington and Havana announced on Dec. 17 that they planned to restore diplomatic relations following 18 months of secret face-to-face talks.

While critics, including some members of Congress, have called the end of U.S. attempts to isolate Cuba a gift to the authoritarian Cuban government, Obama said there are already signs it is prompting Havana to liberalize.

“We are going down a path in which we can open up our relations to Cuba in a way that ultimately will prompt more change in Cuba. And we’re already seeing it,” the U.S. president said.

“The very fact that, since our announcement, the Cuban government has begun to discuss ways in which they are going to reorganize their economy to accommodate for possible foreign investment, that’s already forcing a series of changes that promises to open up more opportunities for entrepreneurs, more transparency in terms of what’s happening in their economy,” he said.

“And that’s always been the premise of this policy; that, after 50 years of a policy that didn’t work, we need to try something new that encourages and ultimately I think forces the Cuban government to engage in a modern economy. And that will create more space for freedom for the Cuban people,” Obama said.

U.S. and Cuban negotiating teams held a second round of talks in Washington on Friday on normalizing ties. Both sides said they had made progress, although they did not set a date for formal renewal of diplomatic relations that the United States severed 54 years ago.

Josefina Vidal, head of the United States division of the Cuban Foreign Ministry, told state media on Sunday thatCuba is willing to restore diplomatic relations as soon as the Obama administration declares its intent to take Cubaoff a list of state sponsors of terrorism.

It was the first time Cuba has said publicly that it is willing to restore relations before it is removed from the list.