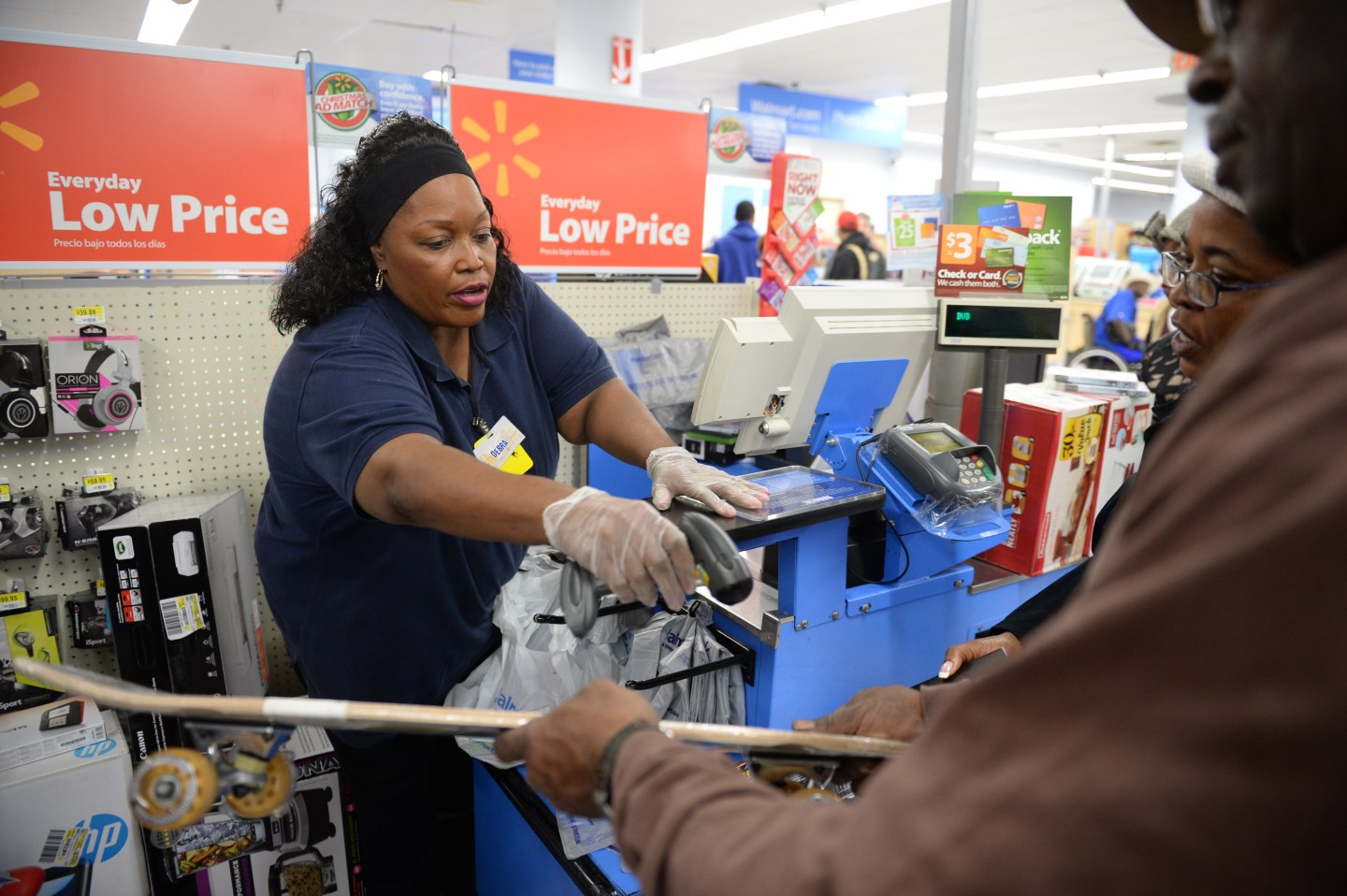 One week after announcing plans to increase the pay of low-wage workers to at least $9 an hour, Walmart is delivering more good news on the job front: The company will donate $16 million to seven non-profit groups focused on helping entry-level U.S. workers in retail and related industries.

The grants are part of a five-year, $100 million commitment to work toward closing the skills gap between America’s workers and prospective employers.

“The education-to-employment system is broken,” says Walmart Foundation president Kathleen McLaughlin, who will unveil the new initiative Thursday morning at the National Opportunity Summit, a conference in Washington D.C.

Harvard Business School’s Bridge the Gap report details the pressing need: 51% of retailers have trouble filling middle-skills roles. McLaughlin says that Walmart strives to fix the problem for the entire retail industry—”somebody at the Gap or selling cars,” as well as workers eligible to fill Walmart’s 1 million retail associate positions in the U.S.

Each of the seven grantees—Achieving the Dream, The ACT Foundation, Dress for Success, Goodwill Industries, Jobs for the Future, McKinsey Social Initiative and the National Able Network—will work with employers and government agencies across the country to create tools, programs and credentials that will help entry-level workers build skills and find jobs.

The initiative goes beyond training to tailoring education programs to workers’ specific needs. “If you’re a single mother with a couple of kids, you can’t go to community college for two years,” says McLaughlin. With that in mind, Achieving the Dream will use its $1 million grant to develop innovative education programs at four community colleges—with the goal of replicating them at other schools.

The ACT Foundation will use its $2.3 million grant to create interactive career maps, among other tools. So, Susie in Dallas can ask, “Where can I find a job? And what skills do I need?”—and learn how to achieve that goal.

McKinsey’s grant goes to its non-profit McKinsey Social Initiative. McLaughlin was a senior partner at McKinsey before she joined Walmart in 2013. (She replaced her longtime friend and former McKinsey consultant Sylvia Mathews Burwell, who is now U.S. Secretary of Health & Human Services.) McKinsey will apply its $3.2 million in Walmart funds to develop retail training and job placement models—and create bootcamps that will, if the pilot goes according to plan, help 650 at-risk youth get hourly jobs.

Walmart’s initial pledge of $16 million is designed to aid more than 12,000 workers in retail and the sorts of related fields (transportation, distribution, logistics) that have helped Walmart (WMT) grow to be America’s largest company and the world’s top retailer. The five-year goal for the $100 million initiative is to help 50,000 workers. “But that’s just the beginning,” says McLaughlin. She hopes to engage corporate partners to “catalyze collective action,” she adds. “We want to help millions in this space.”