Apple at $133: Look whose price targets are underwater now 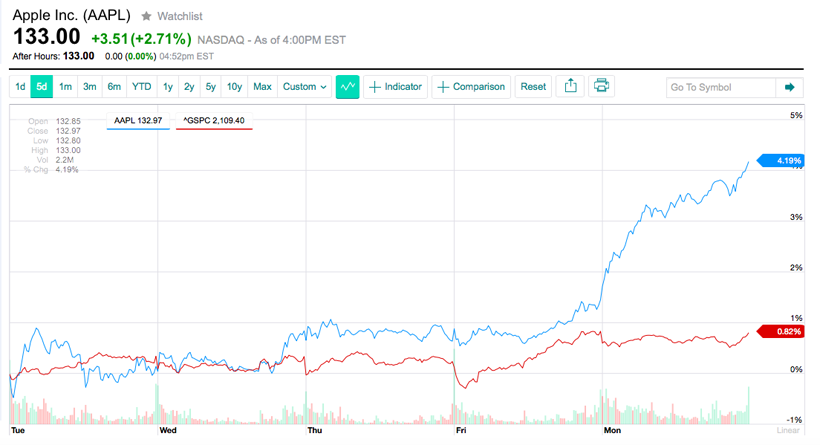 Apple’s shares have moved sharply higher since Feb. 10, the last time we looked at Wall Street’s price targets for Apple.

Two weeks ago, only nine analysts still had targets below Apple price (then a few cents under $120). Today, with Apple at an all-time high of $133, the sea of blue is twice as deep: Nearly half the targets are underwater.

I don’t know why buy-side investors are suddenly more bullish than the sell-side analysts. Maybe they put more faith in Carl Icahn, who on Feb. 11 told his Twitter followers that Apple should be trading at $216, than, say, Mizuho Securities’s Abhey Lamba, who on Monday reiterated his $115 price target.

Below: Our current list — as fresh and up-to-date as we can make it — from Brian White’s Street-high target of $160 to Adnaan Ahmad’s low of $60.