The tourist influx to Cuba is about to begin 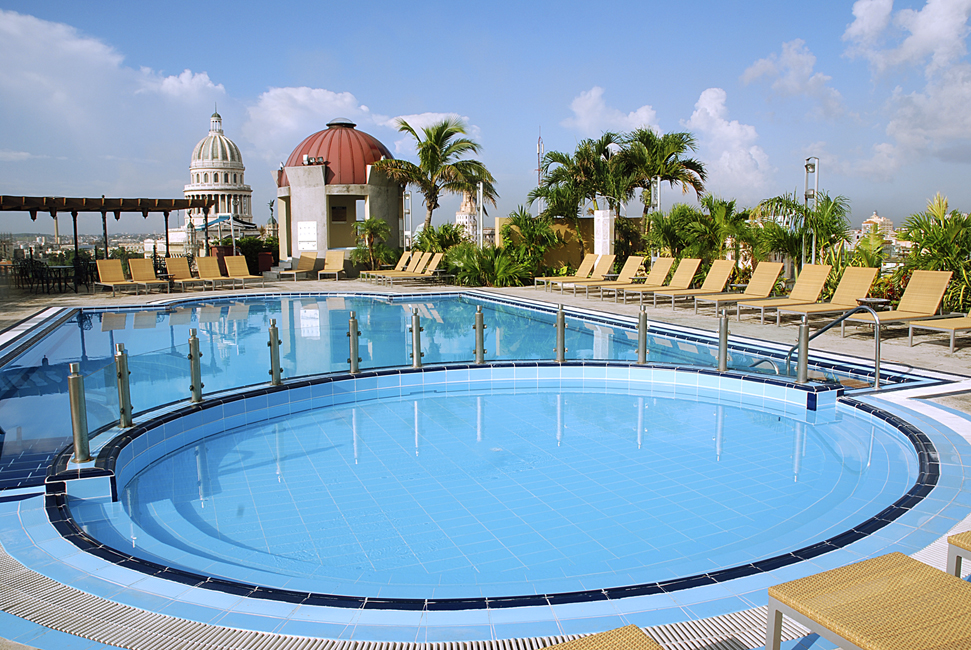 Imagine booking a $4,000 weeklong vacation to an -exotic locale near the ocean. Now imagine that when you get there, your room has no hand towels, the air conditioning is spotty, and it’s illegal to kick back by the beach.

Welcome to Cuba, home to miles of white-sand beaches, premium tobacco, oak-aged rum—and 50 years of a business-phobic government under a crippling trade embargo. Thanks to new regulations the U.S. announced in January, which among other things will eliminate the need for a special travel license to go there, the island nation has become the world’s buzziest destination for Americans. It’s also probably the only one that won’t accept most credit cards.

Cuba has long been the forbidden fruit of the American tourist. A 30-minute flight from Florida, it already draws enough people from Canada and Europe to make it the Caribbean’s third-most-popular destination, after Puerto Rico and the Dominican Republic. Cuba gets about 3 million visitors a year—just 90,000 of them from the U.S.

New rules have made travel to the country easier than it has been in half a century, and President Obama has said he wants more barriers to fall. In the Senate, Republican Jeff Flake of Arizona introduced a bill to end the embargo outright. If that happens, the IMF has said, the number of annual visitors to Cuba could easily double. Yet with a shortage of high-end accommodations, what Cuba will do with all of them is unclear.

Tour operators are already seeing a surge. Michael Zuccato of California-based Cuba Travel Services, which operates flights to Cuba and organizes tours for Americans, says he expects his business to increase 50% to 200% over the next several years. Michael Sykes, founder of Cuba Cultural Travel, has moved to secure some 10,000 rooms in anticipation of strong demand. Pam Hoffee, a VP at Swiss travel company Globus, predicts its Cuba travel business will triple. The main obstacle to all that expansion? Hotel space. Jennine Cohen, managing director for the Americas at high-end travel firm GeoEx, says it’s rooms rather than demand that’s limiting growth, a challenge that she expects will worsen in coming years as Cuba’s weighty regulations hold up private development.

But, however slowly, development is coming. In downtown Havana, Swiss luxury brand Kempinski is in negotiations to build a 200-room resort that would be the city’s most deluxe. -Sebastiaan Berger, CEO of leading Cuba developer CEIBA Investments, says 10 to 15 hotels have a realistic shot at being built in the next few years. And there are signs of a more relaxed attitude toward new construction. About the same time the country released imprisoned British businessman Stephen Purvis from a Cuban jail after 16 months in custody on murky charges, it gave the green light to a new $350 million golf resort (the island has only three courses, and one of them is at Guantánamo Bay).

What really gets developers going is the possibility that the restrictions between the U.S. and Cuba could be eliminated entirely. Full normalization of trade relations would unleash a tourist deluge in the country, make construction far easier, and beckon the likes of Marriott (MAR), Hilton (HLT), and Coca-Cola (KO), which have all expressed interest in investing on the island.

Until then, discerning travelers and their guides still have options. True luxury hotels on many itineraries include the Meliá Habana and the Meliá Cohíba, run by Spanish hotel company Meliá; the Iberostar Parque Central, also operated by a Spanish hotelier; the Hotel Saratoga, run by state-owned company Habaguanex; and the storied Hotel Nacional de Cuba, with stunning ocean views, though travel agents warn not to expect ultramodern amenities at the 85-year-old stalwart. Increasingly Cubans are also opening their homes to travelers, in bed and breakfasts called casas particulares; some can be wonderful, but quality varies, and it’s difficult to arrive as a tour group.

What Cuba may lack in first-class amenities, it makes up for in culture, and the years before luxury development takes off may be the best time to go. “It’s a trip for people really interested in active learning who want to be engaged all the time,” Hoffee says. “If you want to sit on the beach and read a book, go to another island.”

For CEIBA’s Berger, it’s a long-term play. The very adventurous will come see the Cuba unspoiled by capitalism and frozen in time: old cars, vintage streetscapes, and the faded glamour of a wayward egalitarian experiment. “With all its romance, the slippage of five-star services is being forgiven,” Berger says. “That will last three or four years. Then Cuba will have to improve.”

To travel to Cuba legally under the new regulations, Americans must fall into one of 12 categories. Some are concrete, like religious or business trips. Other categories are less clear, including “support for the Cuban people.” Most U.S. visitors travel under the education classification, using a subset that requires a full-time schedule of “people-to-people” activities. That typically means going with a tour agency that will coordinate city tours, talks with artists, and face time with locals. Packages for tourist activities like beach- going are explicitly forbidden. Travel may get easier soon, but in the meantime, these agencies can get you there and back.

• Cuba Travel Services: Working on flights that will take off from JFK.

• Marazul: A longtime major player in the country.