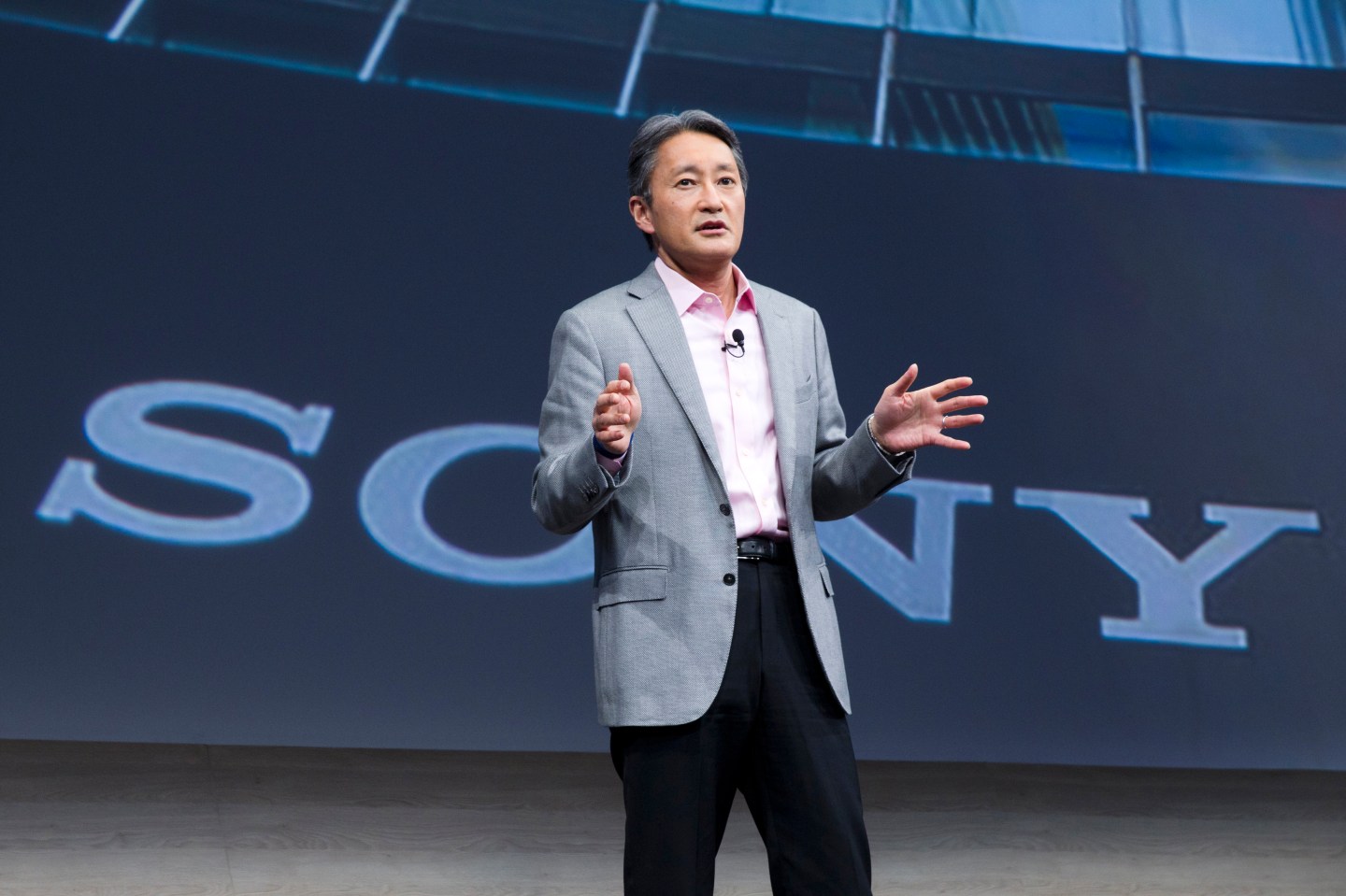 Sony aims to boost operating profit 25-fold within three years by growing its camera sensors and PlayStation units, its chief executive said, outlining a strategy that could see the company exit the cut-throat TV and smartphone sectors.

CEO Kazuo Hirai said on Wednesday the Japanese consumer electronics firm would no longer pursue sales growth in areas such as smartphones where its has suffered competition from cheaper Asian rivals as well as industry leaders like Apple (AAPL) and Samsung Electronics.

Sony (SNE) would instead focus its spending on more profitable businesses such as camera sensors, videogames and entertainment as it seeks to return to growth after forecasting for this financial year its sixth net loss in seven years.

“The strategy starting from the next business year will be about generating profit and investing for growth,” Hirai told a briefing, adding that Sony’s units would be given greater autonomy to make their own business decisions.

Asked about the TV and mobile phone units, Hirai said he would not “rule out considering an exit strategy,” Sony’s clearest statement to date about the possibility of selling or finding partners for these struggling units.

Sony is in the midst of a restructuring that has so far seen it sell off its personal computer division and spin off the TV business. It has also axed thousands of jobs.

Sony shares have risen more than 80% over the past year as investors applauded the restructuring, which accelerated since Hirai appointed Kenichiro Yoshida as his chief strategy officer in late 2013.

Hirai said Sony would target return on equity of more than 10% by the end of March 2018, adopting a yardstick Prime Minister Shinzo Abe has been promoting as a way to attract foreign investors.

Sony’s revamp is starting to pay off. This month, it forecast an operating profit instead of a loss for the financial year ending March 31. But it still expects to book a net loss in 2014/15, albeit a smaller amount than previously estimated.

Few expect Sony to return to the days when its Walkman and Trinitron TV defined how people around the world consumed entertainment. Analysts, however, have said it could make better use of its gadgets and access to Hollywood content.

Hirai said Sony will push to expand its PlayStation network user base, while focusing on areas such as streaming music.
[fortune-brightcove videoid=3953172096001]