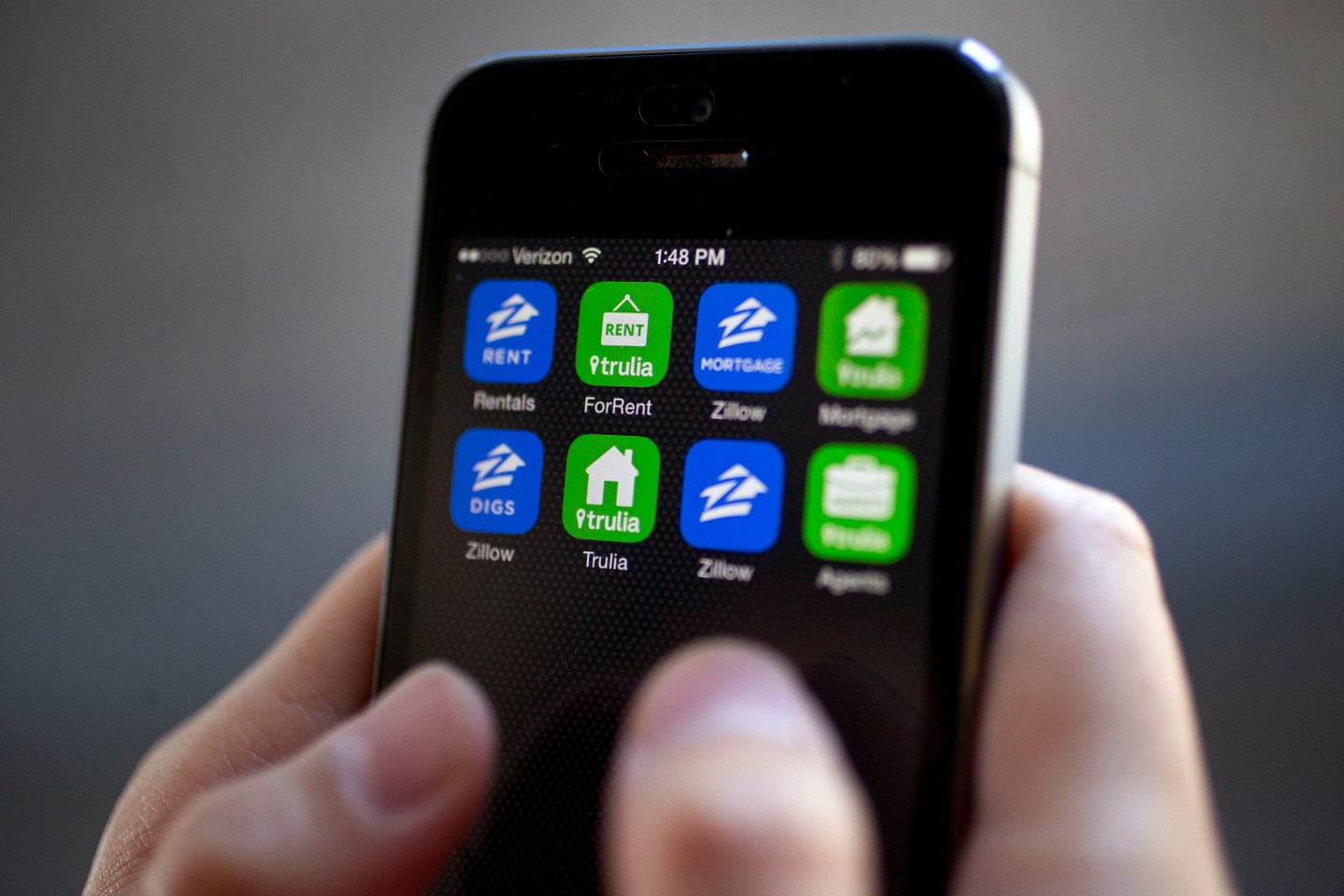 The Zillow Inc. and Trulia Inc. application (app) icons are displayed on an Apple Inc. iPhone 5s in this arranged photograph in Washington, D.C., U.S., on Friday, July 25, 2014. Zillow, the largest U.S. real estate website, is seeking to buy No. 2 Trulia for as much as $2 billion in cash and stock, according to people with knowledge of the matter. Photographer: Andrew Harrer/Bloomberg via Getty Images
Photograph by Andrew Harrer — Bloomberg via Getty Images

We spent some time on the phone with Zillow CEO Spencer Rascoff, to better understand the process, the integration and the layoffs. What follows is an edited transcript of our conversation:

Spencer Rascoff: It’s hard for me to know what the sticking points were, to be honest. The FTC doesn’t provide much in terms of feedback. We can try to deduce what their concerns were based on the questions they ask us, but there wasn’t a lot of two-way dialog on things. I speculate that one of the questions was, as you said, how to define the market: Should it be broadly as all real estate advertising, or more specific to online lead generation. Most of the questions, though, were trying to understand the dynamics of the real estate industry, which is very complex.

Were you ever concerned that the deal wouldn’t be approved?

Yes. I was confident that the data and the analysis would eventually prove what I always said, which is that Zillow plus Trulia is not a monopoly. But these processes always have some level of uncertainty associated with them which is very uncomfortable for a CEO. It has been a very stressful and difficult last several months, and much of the details around the integration only came together in the last several weeks as a result of the uncertainty.

Okay, let’s discuss integration. Trulia remains its own brand. Does it remain its own company, under the Zillow umbrella?

No. Trulia will very much be its own brand but won’t be its own company. The Trulia website will remain but, over time, the listings inventory and the advertising sales will come under Zillow. Trulia will still have a consumer-facing team to grow audience. The analogy I would make sort of relates to my old stomping ground of online travel, where a lot of companies — including Expedia and Orbitz — have different front-end facing sites but the inventory on the back end and other functions are a shared services.

When you originally announced the merger, Trulia founder and CEO Pete Flint was expected to remain in charge of Trulia. Now Trulia COO Paul Levine has been promoted to that role, and Flint joins the Zillow board.

Yes, it has changed. Pete will join the board and, after the transaction, won’t be involved in the day-to-day. I think it was a natural change in terms of timing. Pete’s built a great company and Paul is his natural successor.

Does Pete have a non-compete?

I’m not sure, but it’s not something I’m focused on. Pete is excited to join the board and has lots of reasons — emotional and financial — to want Zillow to succeed. I’m pretty confident that his next adventure will not be in online real estate.

What has been the most difficult part of the integration planning?

What to do about the jobs, because it involves real people. Around 350 people are being laid off as a result of this transaction, and my focus is on trying to make sure that those individual situations are handled as smoothly as possible.

When were those employees informed they were being laid off?

Can you break down the layoffs a bit more?

It was mostly in sales, but also in G&A. In terms of location, primarily in Bellevue, but also in San Francisco. The total number of employees post-closing is 2,000, which I believe is right-sized for our current revenue scale. We are hiring in all locations, albeit more slowly.

Now that the FTC process is behind you, does Zillow control the real estate advertising market?

We definitely do not. Our combined revenue is significantly less than $1 billion, and there is around $13 billion spent each year on real estate advertising. So we’re less than 5%. The industry is still very early in the migration to online so we’re certainly well-positioned for the future, but don’t control it today.