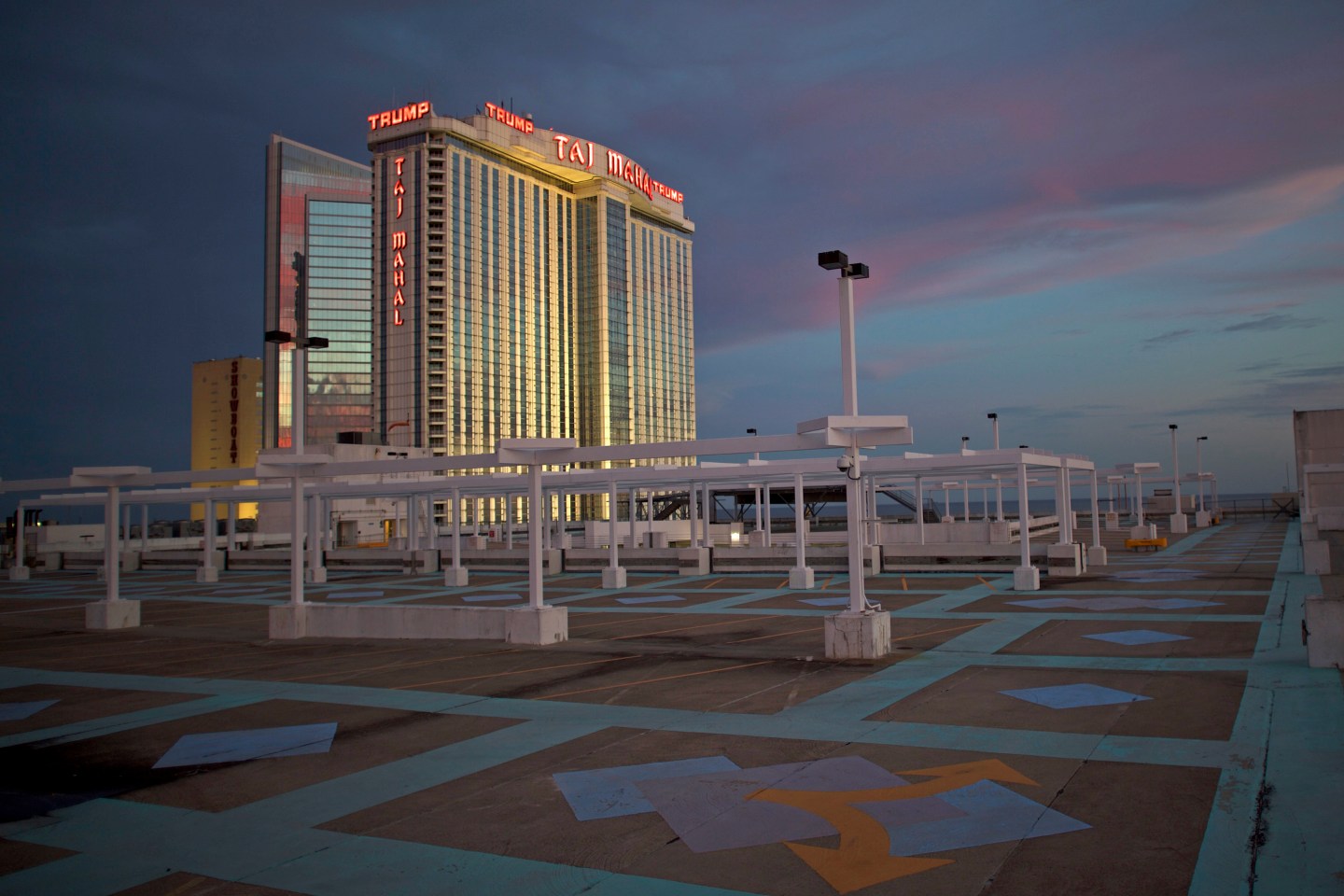 The illuminated Trump Taj Mahal Casino is seen from an empty rooftop parking lot at dusk in Atlantic City, New Jersey October 24, 2014. The Taj Mahal was slated to close on Nov. 13 but said it would stay open for an unspecified period after winning benefit cuts in court. But state and local governments have balked at offering tax concessions. If the Taj closes, it will be the fifth of 12 casinos in the city to close amid fierce competition from casinos in neighboring states. REUTERS/Mark Makela (UNITED STATES - Tags: TRAVEL BUSINESS SOCIETY) - RTR4BJ33
Photograph by Mark Makela — Reuters

Trump Taj Mahal agreed to the assessment of a $10 million civil penalty by the Treasury Department’s Financial Crimes Enforcement Network, according to a proposed consent order filed on Tuesday with the U.S. Bankruptcy Court in Wilmington, Delaware.

The penalty will take the form of a general unsecured claim in Trump Taj Mahal’s bankruptcy.

In exchange, Trump Taj Mahal admitted to have willfully violated reporting and record-keeping requirements under the federal Bank Secrecy Act from 2010 to 2012.

These violations included many that had been previously revealed by the U.S. Internal Revenue Service as far back as 2003.

Any payout to the government may be less than $50,000, because unsecured creditors are expected to receive only a small fraction of sums owed, court papers show.

A lawyer for Trump Taj Mahal, whose parent Trump Entertainment Resorts Inc is also in Chapter 11, did not immediately respond on Wednesday to a request for comment.

The Bank Secrecy Act requires casinos to report suspicious transactions of $5,000 or larger.

Trump Taj Mahal failed to file about half of the required suspicious activity reports during periods covered by two recent IRS reviews, the consent order said.

Several Atlantic City casinos have closed or gone bankrupt in the last year, after competition from nearby states ended the city’s former dominance of gaming in the eastern United States.