Will 2015 mark the end of the great stock buyback binge? 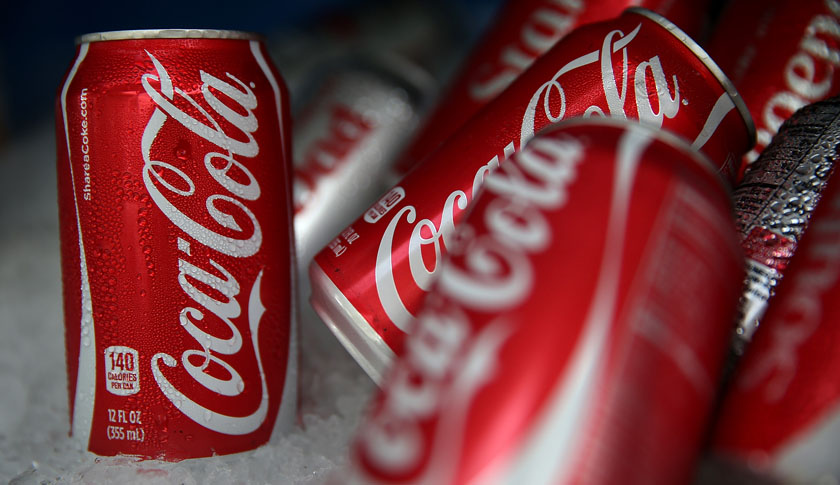 SAN FRANCISCO, CA - JULY 22: Cans of Coca Cola are displayed in a food truck's cooler on July 22, 2014 in San Francisco, California. The San Francisco Board of Supervisors will vote on Tuesday to place a measure on the November ballot for a 2-cents-per-ounce soda tax. If the measure passes in the November election, tax proceeds would help finance nutrition, health, disease prevention and recreation programs. (Photo by Justin Sullivan/Getty Images)
Photograph by Justin Sullivan — Getty Images

Many forces have fueled the bull market we have witnessed over the past six years, but share repurchases are at the top of the list. Driven by low interest rates and an economy rife with uncertainty, Corporate America is awash with cash. Rather than spend that money on internal investments that might not pan out, companies have instead decided to return that money to shareholders by buying their own stock.

The debate over whether it’s better for firms to send money to shareholders in the form of buybacks or in the form of dividends has gone on for decades. But we can all agree that companies ramping up their share repurchasing has buoyed stock prices. This chart from Bianco Research shows how buybacks have soared since the end of the recession and are now close to all-time highs:

You can view this trend as a good sign or a worrying one. On the one hand, companies should only buy their shares when they are confident that the stock has a lot of room to grow, as buying overpriced shares is a terrible use of shareholder money. But, as Will Becker, an analyst with Behind the Numbers, puts in his latest report to clients, history shows that executives and directors plan buybacks at the worst times. He writes:

Buybacks are typically initiated in good times when stock prices are high…. Corporations end up purchasing their own stock at inflated prices, only to have many of these same shares then redeemed by management as compensation committees increasingly hand out these perks in good times.

Nevertheless, it appears that Corporate America plans to stick to its buyback strategy. Goldman Sachs equity strategist David Kosten says that share repurchases will increase by 18% this year, to more than $700 billion. Becker, however, thinks there’s reason to believe that 2015, at least for some companies, might be the year the good ship buyback finally runs ashore.

Writes Becker, “Frankly we believe free cash flow for many of these companies could soon encounter a number of headwinds, thereby making it more difficult for them to expand their buyback programs.”

He cites four examples of companies that could soon run into trouble maintaining their significant buyback programs:

1. Cisco Systems: Over the summer, the network equipment manufacturer announced it’s fourth round of layoffs in as many years, saying it will cut 6,000 jobs or 8% of its workforce. It’s all part of a restructuring the firm has undertaken since 2011, a plan that will cost the company $700 million this year alone.

Becker argues that since the majority of the expenses related to the restructuring are cash-eating severance payments, we can expect Cisco’s cash pile to be drained by this process for some time to come. On top of that, the company’s performance amid its shakeup has been lackluster. Sales shrank in 2014, while its margins have been falling every year since 2011.

Cisco is light on cash, but that hasn’t stopped it from repurchasing its own shares. Buybacks doubled in 2014, financed wholly by new debt offerings.

2. General Mills: The food maker’s stock is up over 10% in the past year, despite the fact that it is undergoing its own restructuring amid declining sales.

Stock buybacks have kept share prices steady for now, but with the company posting an adjusted free cash flow deficit of $1.2 billion in the 12 months ending in October, there’s not much cash lying around to keep up the practice.

3. Coca-Cola: The soft drink giant has struggled to find its footing in an era of falling demand for sugary drinks. Though Coca-Cola posted rising sales in its most recent earnings statement on Tuesday, that comes after four quarters of falling revenue.

To slim down and respond to changing consumer preferences, Coke announced restructuring initiatives in 2012 and 2014 that will cost the firm hundreds of millions of dollars in cash. It too has kept its stock price up more than 11% in the past year despite these problems, primarily a result of its share repurchase program. The company bought $3.9 billion worth of its own shares over the 12 months ending in September.

4. Philip Morris International: Since being spun off by Altria in 2008, Philip Morris has incurred millions of dollars in restructuring costs in its international operations. These charges have increased significantly in recent months, at the same time that it has continued to buy back billions per year in its own stock. The company has taken on debt to facilitate its stock purchases, much of which has been transformed into executive compensation.

While interest rates remain historically low and investment opportunities are scarce, you shouldn’t look for Corporate America to shy away from buying back its own stock. It is a more flexible way to return money to shareholders and it helps keep earnings per share high.

But, as Becker points out, investors should be wary of firms that rely too much on share repurchases, especially ones who do so in the face of declining performance. Firms, like the ones mentioned above, experiencing declining sales and increasing debt can’t be counted on to prop up their share prices with buybacks for very long.