Peter Thiel has never met a regulation he didn’t hate 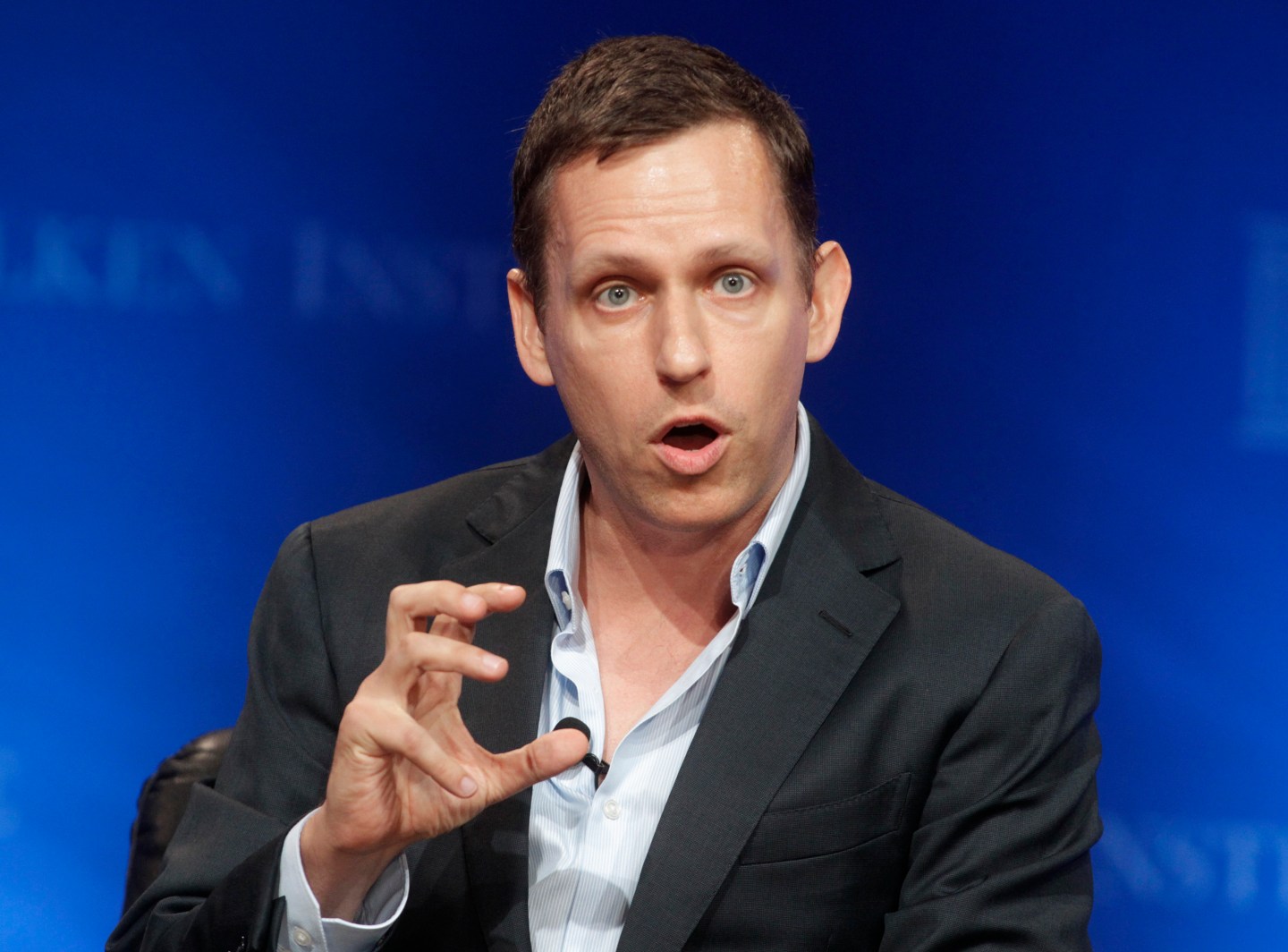 Everyone in the tech industry knows that PayPal cofounder and investor Peter Thiel is a libertarian. His disdain for regulation and his desire for a libertarian utopian city aboard a floating ship are infamous. At The Economist’s Buttonwood Gathering on Tuesday night, Thiel did nothing to change his reputation.

In an interview with The Economist’s Globalization Editor Matthew Bishop, Thiel listed a number of industries in which he sees too much regulation.

First, he homed in on the pharmaceutical industry, claiming that the regulation from the Food and Drug Administration made it too difficult for new drugs to be approved. “You would not be able to invent the polio vaccine today,” Thiel said.

He agreed that the safety tests required by the government are a good idea, in theory. But he argued that they are too stringent and that pharmaceutical companies should be able to sell drugs that are inferior to the best one on the market.

For example, the most effective drug for disease X may cost $10 per pill. But consumers should have the option to buy a drug that is 90% as effective for $1 per pill, he said. People should be able to decide for themselves whether they want to pay more for a slightly better product, just like in other industries.

“You never develop drugs that are slightly worse, but much cheaper,” he said of the current environment.

When asked about one major change he’d make to the federal government, Thiel said it would be to reform of the FDA — though he did stop short of saying it should be completely abolished.

But that wasn’t the only area of the public sector he had scorn for. Not even close.

About his own history, Thiel said that the current financial regulatory environment may make it impossible for him today to build digital payment service PayPal, the company he co-founded in 1998 and eventually made him a multi-millionaire. When asked about the possibility of digital currency Bitcoin challenging traditional government currencies, Thiel talked about the inherent advantages of government-issued money.

“If you don’t have [US dollars] to pay your taxes, people with guns will come after you,” he said. Ultimately, dollars are “backed up by U.S. military power,” he said.

The New York City audience seemed to mostly enjoy the discussion. But there were some audible murmurs at a few of his provocative statements.

When asked about cybersecurity and privacy laws, Thiel described the American security apparatus as “hoovering up all the data in the world,” a reference to N.S.A. surveillance. But he said that officials have no idea how to use it.

“It’s The Keystone Cops rather than Big Brother,” he said.

And it wasn’t just current Big Government ideas Thiel went after. He talked about past leaders whose philosophies conflicted with his libertarian world-view.

“I’m not a fan of FDR,” he said. “I’m not a fan of the New Deal.” He explained the recovery from the Great Depression as a result of technological innovation. The government policies at the time had little to do with it, at least by his account.