The psychology behind the Brian Williams incident 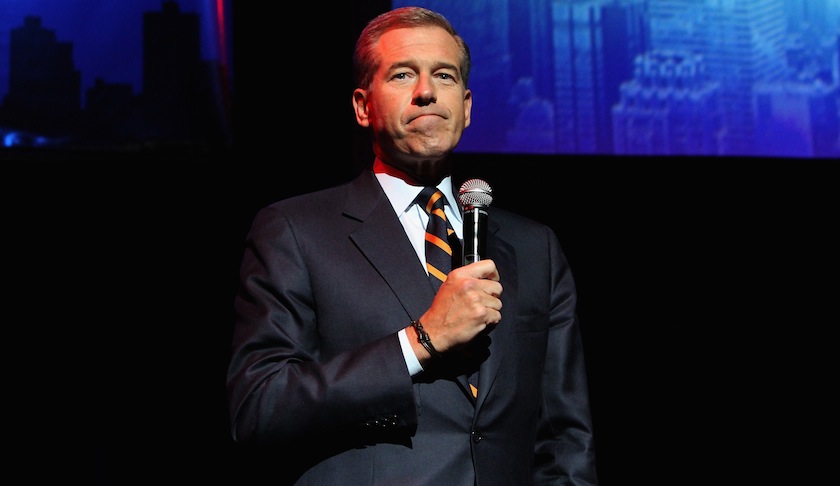 In the last few days, the world has been surprised and seemingly horrified to learn that NBC news anchor Brian Williams embellished an account of an episode involving him in a helicopter in Iraq years ago. His career hangs by a thread as NBC News has opened an investigation into the incident, Williams has taken a temporary leave from the newscast, and as many people call for him to lose his job.

Without excusing the act of making stuff up, and while acknowledging that people in the news business face a special responsibility to be as accurate as possible, I find the media frenzy disheartening. All people, but particularly people in power, tell lies all the time, lies that often do a lot more damage to others than what has occurred with Williams’ self-enhancing puffery (just ask the mayor of Paris about the damage caused by the false Fox News story that Paris had Muslim-dominated “no go” areas).

If only we held everyone to such high standards. But we don’t.

I became interested in the topic of not telling the truth as part of my research for a book coming out this fall, Leadership B.S.: Fixing Workplaces and Careers One Truth at a Time. The book focuses on the major disconnect between the prescriptions and expectations for leaders on the one hand and the reality of leaders’ behavior on the other. For instance, leaders are supposed to tell the truth. But, of course, leaders make stuff up all the time and apparently suffer few consequences for doing so.

I set out to learn what we know about lying—which is quite a bit—and how this knowledge may help us understand and possibly change our behavior.

Social psychologists report that college students tell a couple of lies a day on average and the general public tells one. In fact, lying is such an everyday occurrence that people do not feel embarrassed or ashamed for engaging in the behavior. Studies of online dating profiles note that 81% of people “misrepresent their height, weight, or age in their profiles,” although people tend to be somewhat more honest about their age.

People lie on their resumes. Depending on the particular analysis, somewhere between 53% and 78% of resumes contain falsifications, the most common untruth being inflated salary claims. Executives fib on their resumes often enough that Fortune ran a story on the top 10 falsification incidents. Even Presidents lie, not just Bill Clinton about Monica Lewinsky, but even Abraham Lincoln. The story about George Washington confessing to his father that he chopped down the cherry tree to show that he could not tell a lie is, naturally enough, itself untrue.

People misrepresent their attributes on online dating sites and resumes to make themselves look better, not unlike the inflated story Williams told. Salespeople regularly misrepresent their company and competitors’ offerings to close deals. People lie to smooth over social relationships, even romantic and intimate interactions. Indeed, in a piece of pre-Valentine’s Day advice, author and professor Clancy Martin argued that “relationships last only if we don’t always say exactly what we’re thinking.”

Motivation affects our cognition and memory—and one of the most powerful motives is to feel and think better about ourselves. We are more likely to remember positive events than negative ones and to recall past occurrences with a more positive spin.

Even without the motive to think better about ourselves, research on eyewitness identification and witness reports of crimes and accidents reveals how frequently inaccurate recollections are. For instance, one study asked more than 70 convenience store clerks to identify from photographs two male customers who had been in their store two hours prior. The study participants were able to correctly identify the customer only about one-third of the time.

As people tell and re-tell incidents from their past, sometimes in the process embellishing or adding details, over time the ability to distinguish what the people have added to the story from what was really true diminishes. Author Ben Dolnick noted how “the things you write begin to blend with, and then replace, the things you experienced.”

I cannot think of any evidence or logic that suggests that making Williams an “example” by ending his career will change the realities about truthtelling that I have briefly summarized. Moreover, the blurring of the line between news and entertainment and the selective presentation of information on what are ostensibly news shows diminishes the validity of the idea that Williams committed some unforgivable sin. For instance, the Tampa Bay Times co-sponsored website, Politifact, has found that less than one-quarter of the statements made on Fox News are true or mostly true, and even CNN makes statements that are true or mostly true less than one-half of the time.

In the end, the punditry and reaction to Williams and the helicopter story are both simplistic and hypocritical; simplistic in that there is little consideration of the frequency of and psychological foundations for this sort of behavior, and hypocritical in that many of those bemoaning Williams’ conduct do similar things themselves, maybe even frequently. To take just one example, the number of Taliban militants who attacked the Navy Seals in the incident recounted in Lone Survivor apparently grew over time as author Marcus Luttrell told and retold the story.

If not telling the truth is, as ample evidence shows, common and almost inevitable, and frequently done for benign reasons, maybe we should all be a little more understanding—and possibly even forgiving—of Brian Williams. Or at a minimum, given how pervasive prevarication is, at least remember the admonition that people who live in glass houses should not throw stones.