Obama wished he could have bought a ‘boatload’ of Apple 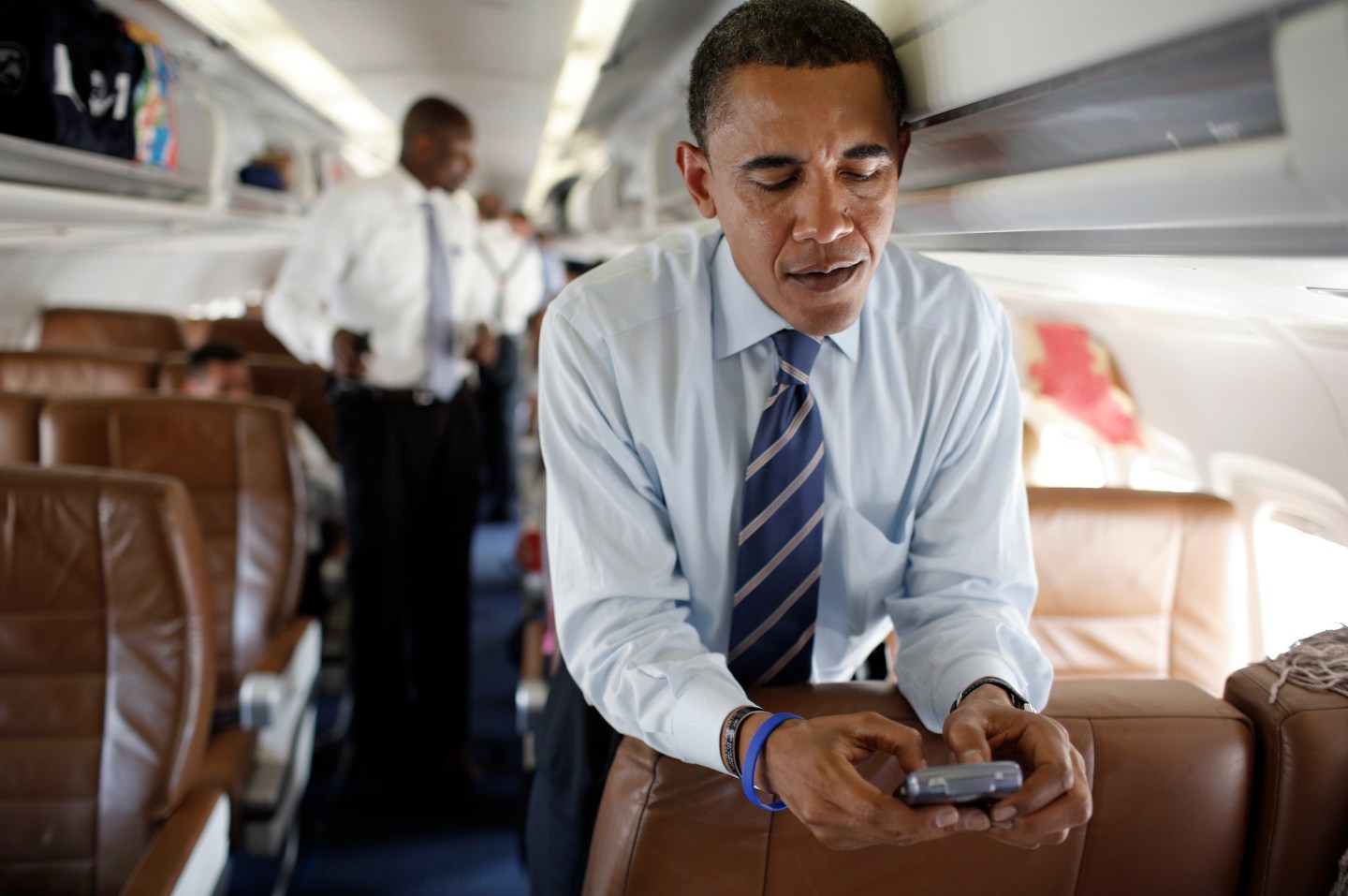 WASHINGTON DC - JULY 09: Presidential candidate Senator Barack Obama and Senator Hillary Rodham Clinton work their cellphones and chat together on his campaign plane at Reagan National airport on July 9, 2008 in Washington, DC. The two are traveling to New York together for a series of fundraisers. (Photo by Charles Ommanney/Getty Images)
Photograph by Charles Ommanney — Getty Images

“Believer: My 40 years in politics,” is a White House tell-all by a guy in a position to know: David Axelrod, the Chicago political operator who ran Barack Obama’s 2008 hopey-changey presidential campaign. The New York Daily News’ advanced look at the book was full of juicy details about the usual cast of characters: Hillary, Joe, Mitt, Rahm, etc.

But the bit Apple investors can relate to — the one with poignancy and cash value — is this (from the News):

In 2007, Obama got a sneak peek at the iPhone during a private meeting with Apple’s Steve Jobs. “If it were legal, I would buy a boatload of Apple stock. This thing is going to be really big,” Obama said after the meeting.”

That Obama had a private meeting with Steve Jobs in 2007 is news to me. The Washington Post’s Philip Bump took a crack at calculating how much Obama’s boatload would be worth today, but I think he got the dates wrong.

We don’t really know when the meeting took place or what kind of non-tradable inside information Jobs might have given the junior senator from Illinois. (Was Obama, I wonder, required to sign a standard Apple nondisclosure agreement?)

But if 2007 is accurate, the sneak peek would’ve had to have occurred in the first week and half of January, given that the rest of the world got to see the iPhone on Jan. 9.

If Barack and Michele could have scraped together $100,000 to buy Apple the day before the unveiling, they’d now have 8,680 shares worth, by my calculations, $1.04 million plus dividends.

Watch more about Obama and Apple from Fortune’s video team: