What deflation? The Eurozone went shopping as oil prices fell 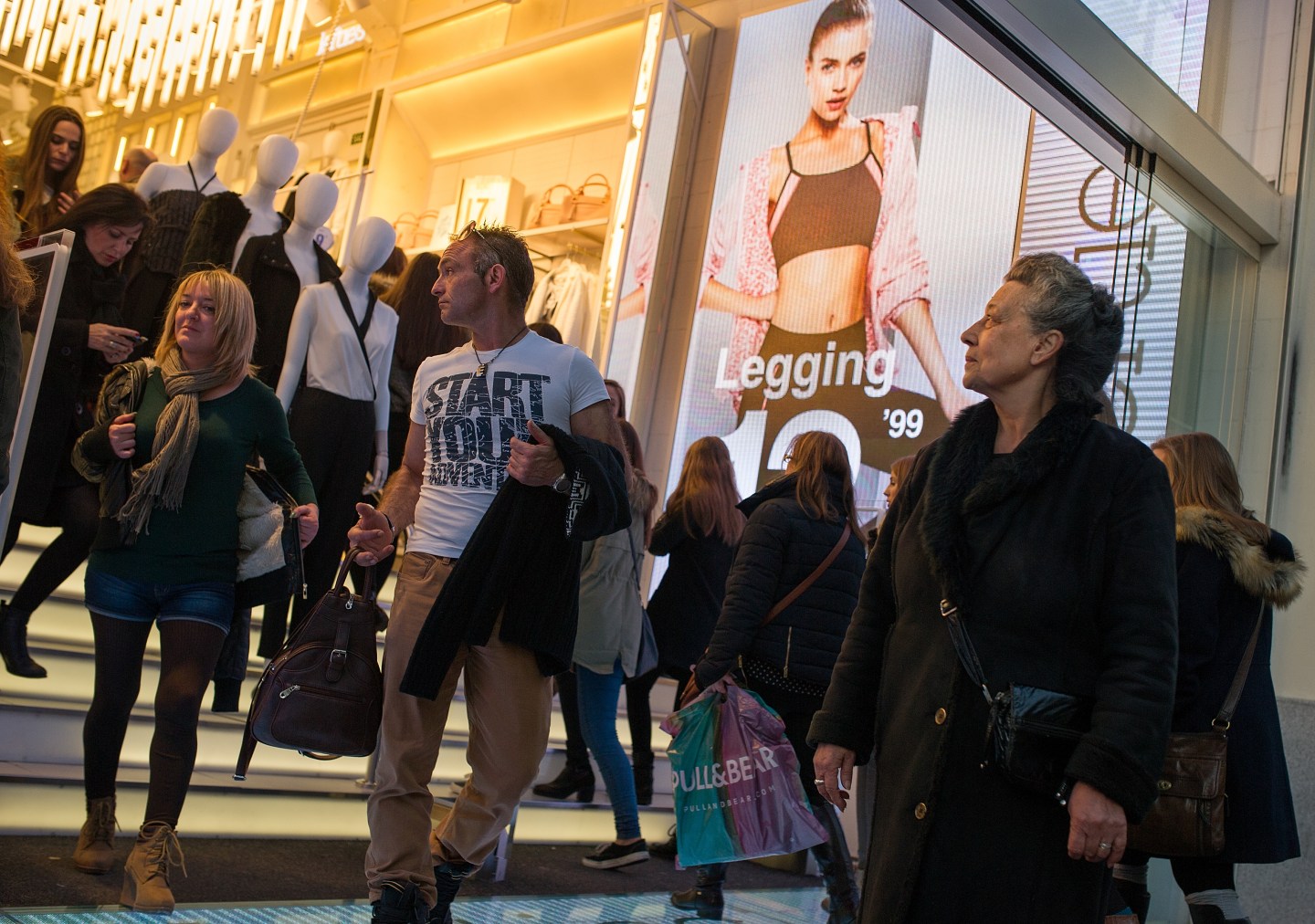 The debate over whether falling oil prices is good for the Eurozone economy (because it leaves more money in people’s pockets) or bad for it (because it adds to pressures that could start a deflationary spiral) lurched in favor of the optimists Wednesday, as new figures showed retail sales rose at their fastest annual rate in almost eight years in December.

Separately, surveys of the region’s services sector, which makes up the bulk of economic output, also showed a strong start to the new year.

Eurostat said retail sales rose by a seasonally-adjusted 0.3% in December from November. It also revised up its estimates for the two previous months to increases of 0.7%, marking a clear improvement across the quarter. Sales were up 2.8% on the year, clearly above a consensus forecast of 2.0%.

Earlier, research firm Markit Economics had said its Purchasing Managers Index for the Eurozone’s services sector had risen to a level of 52.7 in January from 51.6 in December. An index reading above 50 typically signals expansion.

Markit said the service sector notched its third straight month of job creation, at the fastest rate seen since July, when the economy was hit by a dramatic deterioration of the crisis in Ukraine. With labor-shedding by manufacturers also slowing, overall job creation is now running at its highest rate in over three years, largely thanks to the performance of reformed bail-out recipients Spain and Ireland.

The news hasn’t had much market impact Wednesday largely because the euro and most other Eurozone assets have been in thrall to the developing drama with Greece’s new government.

After rallying strongly over the last 48 hours on signs that the worst can be avoided, both the euro and the Greek stock and bond markets have taken a breather Wednesday. The euro was at $1.145 at lunchtime in London, up over three cents from the 12-year low it hit last week after a string of aggressive comments by the left-wing Syriza party in the wake of its election victory.