A new way to fly cross-country in luxury class 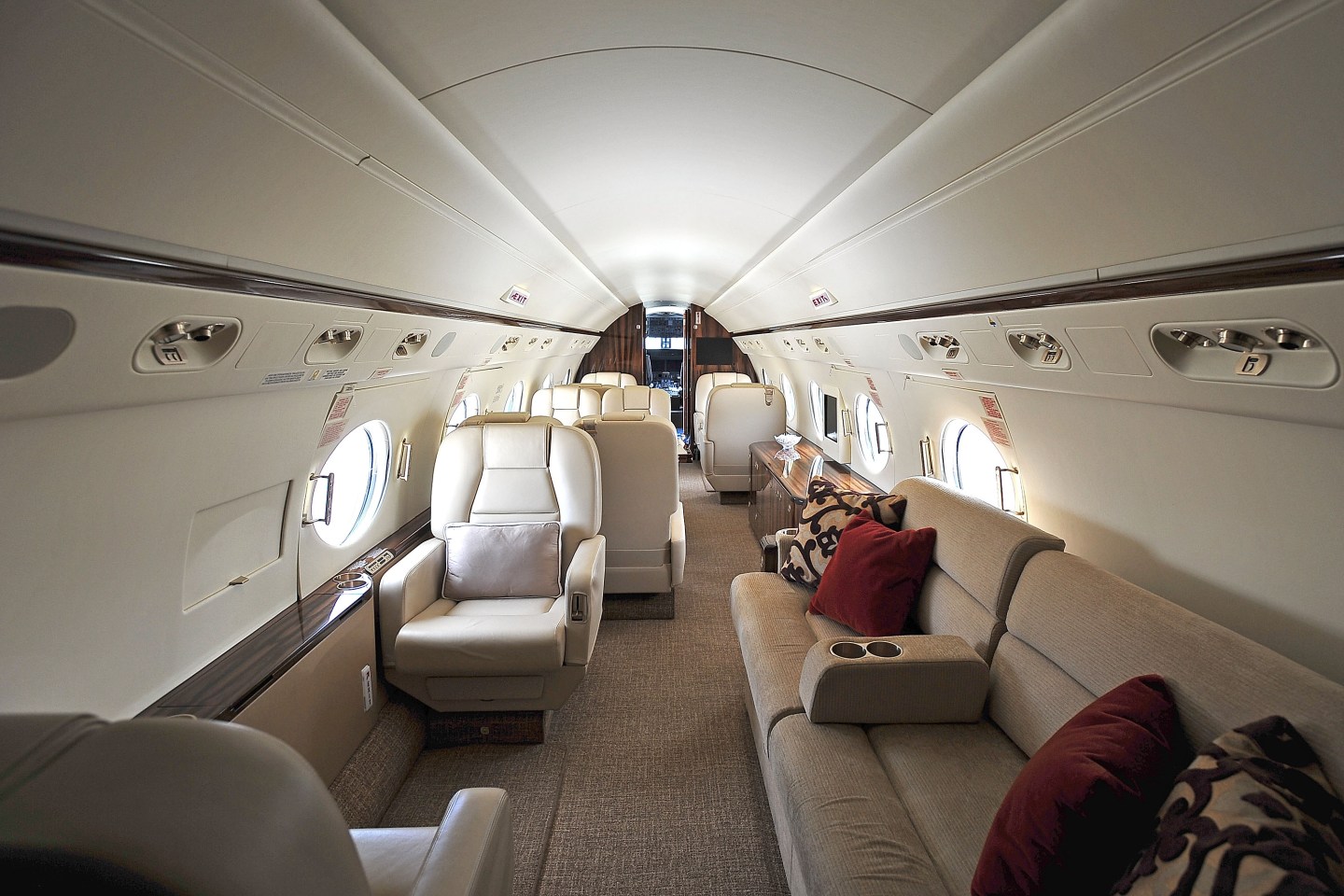 GENEVA, SWITZERLAND - MAY 16: The interior of a private jet is seen during the 11th annual European Business Aviation Convention and Exhibition (EBACE) held at Geneva International Airport and Geneva Palexpo on May 16, 2011 in Geneva, Switzerland. The annual three day event focuses solely on most aspects of business aviation. (Photo by Harold Cunningham/Getty Images)
Photograph by Harold Cunningham — Getty Images

For airline passengers who fly in economy class cross-country, in a cramped middle seat, with a kid screaming and kicking nearby, traveling in business class may seem like a dream.

However, any top executive who frequently flies from New York to Los Angeles doesn’t like having to deal with airport security lines, busy terminals and cabin service that, even in first class, falls far short of the airline glory days of the 1950s and 60s.

The Los Angeles-based company is putting a different twist on private jet travel. Instead of passengers flying exclusively by themselves, or with their entourage, they are joined by other high-end travelers who happen to be heading to the same destination.

ClipperJet, which plans to take wing in April, will have one plane flying round-trip daily between Los Angeles and New York. The flights, which use smaller corporate jet terminals, will have up to 14 passengers in captain-style seats. Plus, ClipperJet will arrange for town car or luxury rentals for passengers as soon as they land.

James Occhipinti, ClipperJet’s president, said that the well-documented decline in quality of airline travel since the heydays of the PanAm Clipper service — from which the company derives its name — has created room for a luxury jet experience. ClipperJet is “trying to rewind the clock 40 years,” Occhipinti said.

ClipperJet’s entry comes amid a mini-boom in the private jet industry. A fleet of new luxury jet services — such as JetSuite, Surf Air and Linear Air — is trying to capitalize on a strengthening economy and greater appetite among wealthy and corporate travelers for flying in pampered conditions.

The newcomers are taking on a long list of big established players including FlexJet, Flight Option and NetJets, which is owned by Berkshire Hathaway (BRK.A). It’s a tough challenge, much like when upstart airlines try to take on the major carriers.

Competition is intense for the limited pool of passengers with deep enough pockets to afford private flights. And high-priced travel is inevitably one of the first luxuries to be cut when the economy starts tanking.

ClipperJet’s plan is to sell pricey memberships to both individuals and corporations. Individual memberships, which cost $9,700 monthly, include four one-way trips. Members can also get unlimited additional flights at no extra cost if open seats are available. It’s the ultimate stand-by.

A corporate membership, which cost $14,700 monthly, buys six one-way trips. But only one designated individual at that company can take stand-by flights.
[fortune-brightcove videoid=4023452664001]

Occhipinti told Fortune that ClipperJet will accept only 90 members from each coast, and that his company is close reaching that limit. While he wouldn’t divulge the names of clients, Occhipinti said that he has already signed up fashion companies, financial institutions, and Hollywood celebrities who don’t want to have to deal with autographs and paparazzi in commercial airports.

The management team behind ClipperJet has been involved in the airline industry for years, including Occhipinti, who worked for 25 years in aviation operations management.

One thing ClipperJet won’t have that other corporate jets do is couches and a lounge area. Occhipinti said that people don’t actually enjoy flying sitting sideways on a couch, and that adding more seats was a better use of space (it also lets the company pack more paying passengers into a plane).

And it’s not just companies without corporate jets that are using the service.

“Some of our customers actually have their own aircraft,” Occhipinti said. “But really, the airplane only flies when the CEO flies.” By using ClipperJet, other executives at these companies can fly in luxury without the CEO being onboard.
[fortune-brightcove videoid=4021308619001]

Occhipinti also argued that using ClipperJet saves time and money for companies. He estimates that the price is about roughly the same for people who fly business or first class round trip — between Los Angeles and New York twice a month. Plus, the private jets fly faster and higher than commercial airlines. And yes, altitude is important. By flying higher than commercial jet liners, ClipperJet can fly straight across the country rather than having to zigzag along established air routes. Between the time saved in the air and the time saved at the airport, Occhipinti estimates around 5 hours is saved in a round trip.

While for now ClipperJet will have just one route and one jet, the sale of which is expected to close next month, Occhipinti is already contemplating an expansion.

He couldn’t say anything with certainty, but noted that New York to Chicago, New York to London, and Los Angeles to various Asian cities are all routes where a luxury jet travel would likely find passengers.

“There is no shortage of people willing to spend the money,” he said.