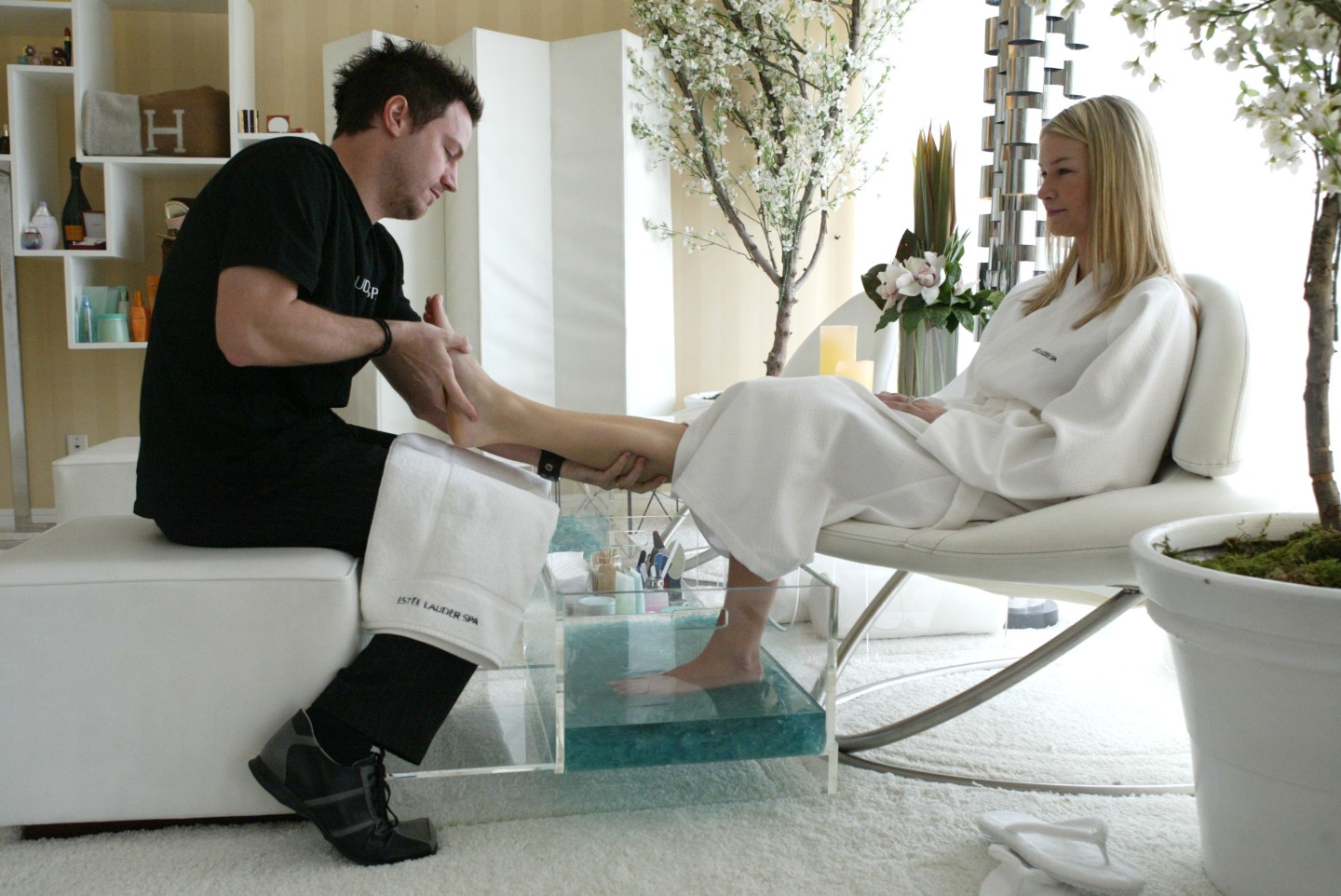 Four Seasons abides by the “golden rule”—that is, treat others as you wish to be treated. It’s a trade: In exchange for employees pledging to deliver stellar service, the Toronto-based hotelier gives them fantastic perks. The company, which has been a mainstay on Fortune’s 100 Best Companies to Work For list for nearly two decades, was ranked on last year’s list at No. 91. Beyond satisfying worker wanderlust with an attractive internal transfer policy, Four Seasons has other appealing offerings for its more than 40,000 employees. Here’s a sampling of the best.

Rooms at Four Seasons aren’t just for guests. Each year, the company provides up to five nights gratis at any of its properties for employees—as long as they have worked there for at least one year. On top, the company discounts meals for its off-duty hosts at half-price.

Four Seasons keeps its employees well fed—and fed well. In addition to providing a complimentary meal for hotel staff, the company brought together its chefs and human resources directors to cook up menus featuring healthy food options, nutritional tips, calorie facts, portion guidelines, and more. A “live well” campaign, which originated in Washington, D.C., has been spreading to other properties. Says Doug Anderson, an executive chef: "When our hotel first decided to go healthy in our staff cafeteria, all we heard was every thinkable reason about why we would fail. Now we hear nothing, and I mean nothing, but positive feedback because the food tastes good and the motivation behind it is that we care."

3. Employees of the month—and year

Managers recognize outstanding employees every month. Rewards differ between properties, but it’s not uncommon for a winner to earn a special luncheon and cash prize. The title also makes an employee eligible for the coveted “employee of the year” award,  which brings extra vacation days and complimentary rooms (see perk #1).

A bartender prepares cocktails at the Aer rooftop bar at the Four Seasons Hotel in the Worli area of Mumbai, India, on Monday, May 13, 2013. Bangalore-based United Spirits is scheduled to release fourth-quarter earnings on May 15. Photographer: Kuni Takahashi/Bloomberg via Getty Images

Nothing says congratulations like one last bash. When a worker moves up, or on to another resort, everyone gets together and celebrates. Colleagues present going-away gifts and a signed and framed photo of the hotel. At the Denver property a “map of movement” mural records all the places its employees have relocated. Promoting internal transfers is an important Four Seasons’ policy.

How does Four Seasons keep up its distinguished standard of service? Endless training, in short. The company offers a variety of mentorship programs and commits to providing at least 10 hours of instruction per employee annually. New hires receive a workplace initiation and safety training; new managers enroll in orientation programs; and other staff members learn skills in areas like spa, culinary and pastry, and restaurants. On his departure from Four Seasons hotel in Las Vegas. Mark Beevor, then assistant director of rooms, wrote: “Thank you for creating a culture that not only allows, but pushes growth and a desire to be excellent.”