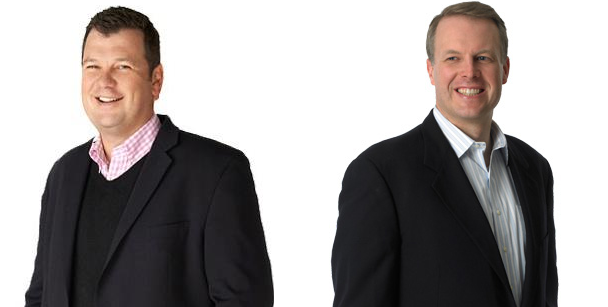 Todd MacLean and Jeff Crisan have quietly left Bain Capital Ventures, where they had been serving as Boston-based managing directors, Fortune has learned.

Several sources say that the pair plans to launch a new venture capital firm with Jim Quagliaroli, who recently stepped down as a managing director with Spectrum Equity.

No word yet on the new firm’s name or how much it plans to raise, although it seems that the investment strategy will encompass both healthcare and IT. I’d also assume that it will tend more toward growth equity than traditional venture capital, given the investment histories of the three principals.

MacLean had rejoined BCV in 2012 after having spent two years in Silicon Valley helping to lead the growth equity program at Accel Partners. Crisan had been with BCV since 2002 (mostly focused on healthcare), before which he was with Bain Capital’s private equity group. Quagliaroli had been with Spectrum for 14 years, and an MD since 2009.

I reached out to MacLean, Crisan and Quagliaroli, but did not hear back.