Didn’t make it to work because of the blizzard? Yes, you can be fired for that 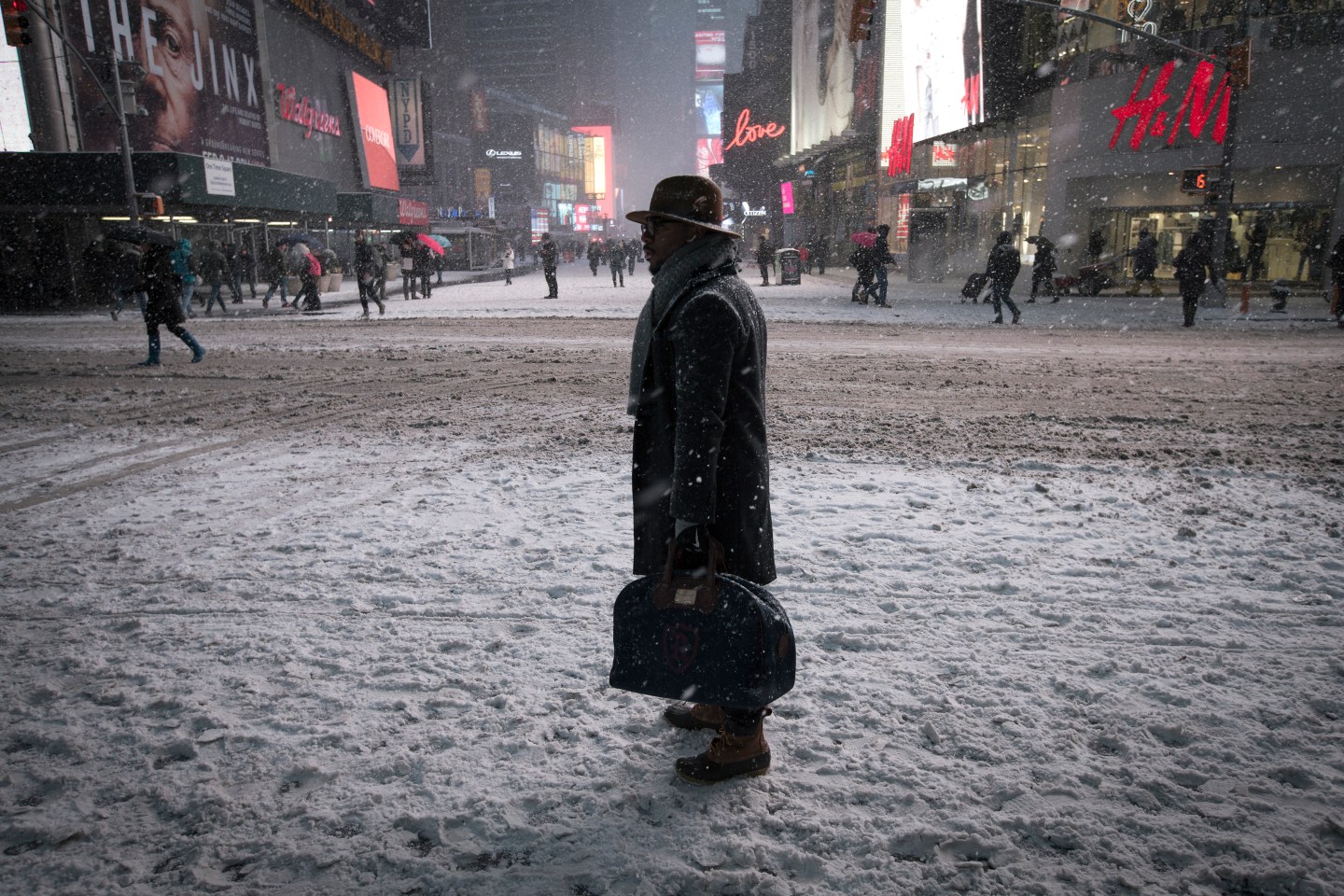 As “Juno,” the so-called Blizzard of 2015, barreled toward the Northeast Monday afternoon, public officials urged workers to stay home.

We urge commuters to stay home if possible on Monday. Roads & public transit in Hudson Valley, NYC & LI may close due to historic blizzard.

As urgent and dire as those warnings sounded, employers didn’t necessarily have to heed them. And if they decided to stay open for business on Monday and Tuesday, their employees—legally—had little choice in whether to come in or not.

That’s right: as if shoveling all that snow wasn’t bad enough, the blizzard could cost you your job.

“Basically, employees have few, if any, protections in [situations] where their employer wants to fire them for lack of attendance due to bad weather,” says Joseph Seiner, a professor at the University of South Carolina School of Law. That means “workers must decide for themselves the best course of action for themselves and their families—risking injury by braving the weather or risking unemployment by staying home.”

Most states operate under employment-at-will policies, which means that most businesses can fire employees at any time for any reason that is not unlawful (pregnancy or gender or race). In the United States, at-will employment is the default. Montana is the only state that has passed legislation to change that policy. In 1987, it passed the Wrongful Discharge From Employment Act, which says—somewhat vaguely—that termination is wrongful if it “was not for a good cause.” There are also at-will employment exemptions for employees covered by contracts or collective bargaining agreements.

A travel ban, like the one New York City instituted Monday night and lifted Tuesday morning, could also provide a loophole. Generally speaking, state and local governments can’t stop employers from operating or mandate that they keep employees home. But if a worker is fired for obeying a government enactment like a travel ban, Seiner says, she’d have a “good cause of action” to sue to get her job back.

As cruel as at-will employment may seem from a worker’s perspective, it’s one of the foundations of the U.S. economy, Seiner says, and it helps keep unemployment low. Because companies can get rid of employees easily if the economy sours, they’re more willing to hire when the economy is doing well. European countries, by comparison, don’t abide by at-will employment and tend to have higher unemployment rates since companies are reluctant to hire workers who are hard to get rid of.

Missing work because of the blizzard could technically be cause for termination, but it’s risky for companies to fire workers for that reason, says Brett Coburn, an attorney with the Alston & Bird firm. After all, it would likely devastate employee morale.