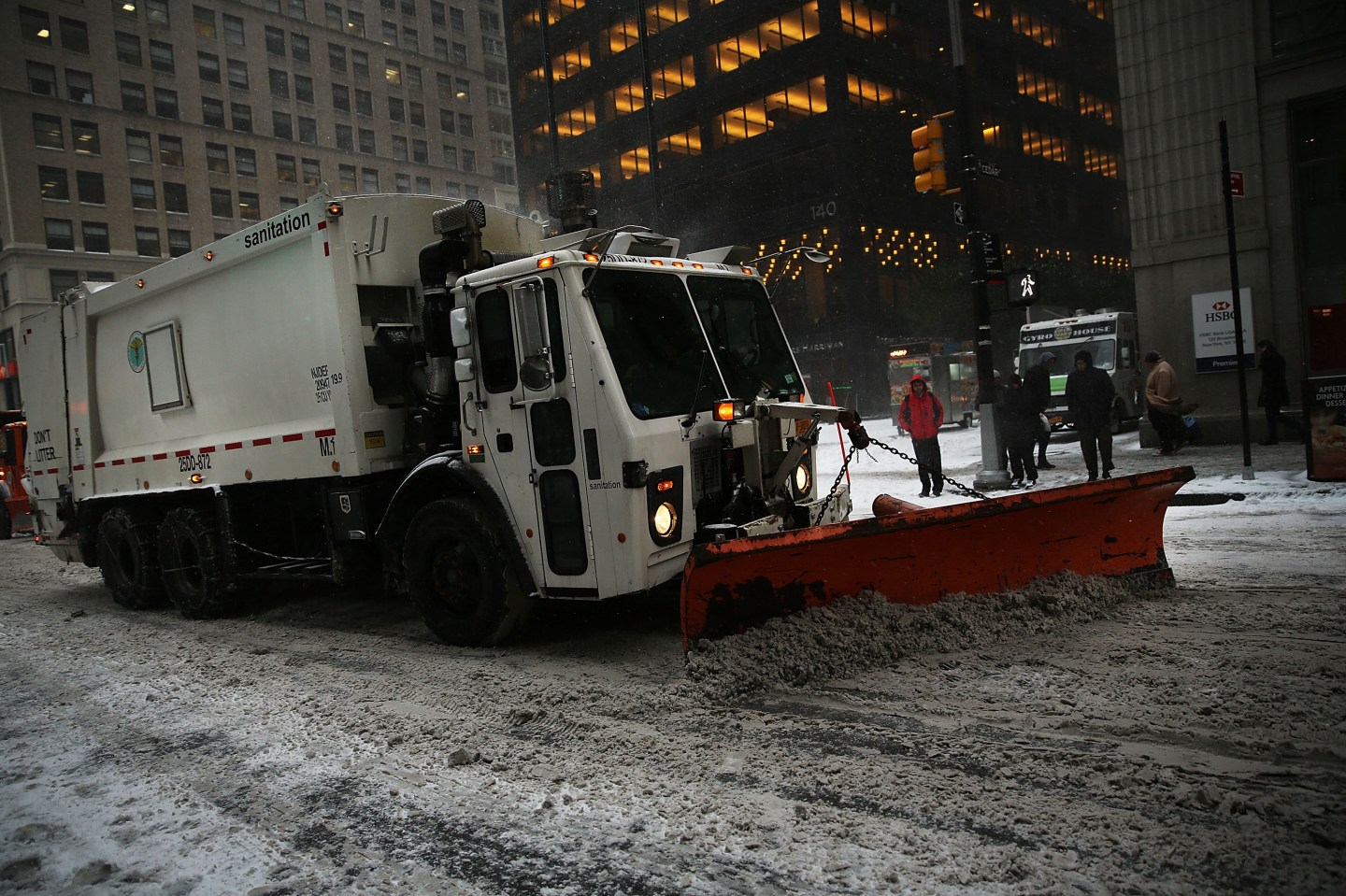 Consolidated Edison is not worried about snowmageddon.

In the days before Hurricane Sandy hit in 2012, Con Ed (ED), the New York utility giant, converted an auditorium on the 19th floor of its corporate headquarters into an emergency control center, staffed with hundreds of employees around the clock. The superstorm knocked out a power substation nearby, plunging a portion of downtown Manhattan, including Con Ed’s corporate headquarters, into darkness and setting off a frenzied and ultimately heroic five-day dash by Con Ed’s top executives to turn New York’s lights back on.

Now with New York facing another big storm, this time snow, the lights in Con Ed’s 19th floor conference room are out. Not because Con Ed’s headquarters have lost power again, but because the room is not being used. The utility has not set up a central emergency command center for what some are calling Snowmageddon 2015, or what is already being called on twitter #blizzard2015.

A spokesperson for Con Ed says the utility does not suspect the Blizzard of 2015 will cause that many people to lose power. While there may be a lot of snow, it is supposed to be a dry and light snow, with mild winds. That’s not the type of snowstorm that brings down a lot of trees and power lines.

As of 4:30 PM on Monday, more than four hours after midtown Manhattan’s air turned into a snowy haze, there were only 244 Con Ed customers without power. That includes 48 in Westchester, where unlike Manhattan, the power lines are outside. And the total number is down from 290 a few hours ago. Superstorm Sandy started out pretty slow for Con Ed as well. But then the number of customers who lost power quickly spiked to 200,000 after a sub-station on the lower east side was flooded, and eventually reached nearly 1 million had lost power.

The Con Ed outage map, updated every 15 minutes, is on its website. Right now the worst hit area of New York City is Bay Ridge, which you can see on the map to the right. There are two yellow triangles. One has the number 15.

A Con Ed spokesperson said the utility is prepared if things do get worse. Con Ed has an incident command control room for each of its seven regions, which are staffed with 20 to 50 people each, and will be until the storm is over. It started staffing up for the storm today. Con Ed also said it has “hundreds of crews on standby” to fix downed power lines, but those crews with their bucket trucks won’t be sent out for safety reasons until the worst of the storm is over. Until then, Con Ed will try to fix any power outages it has by computer switches, redirecting power.

But for now Con Ed said, at least for the giant utility, the Blizzard of 2015 has been pretty uneventful.

Watch more about the storm from Fortune’s video team: