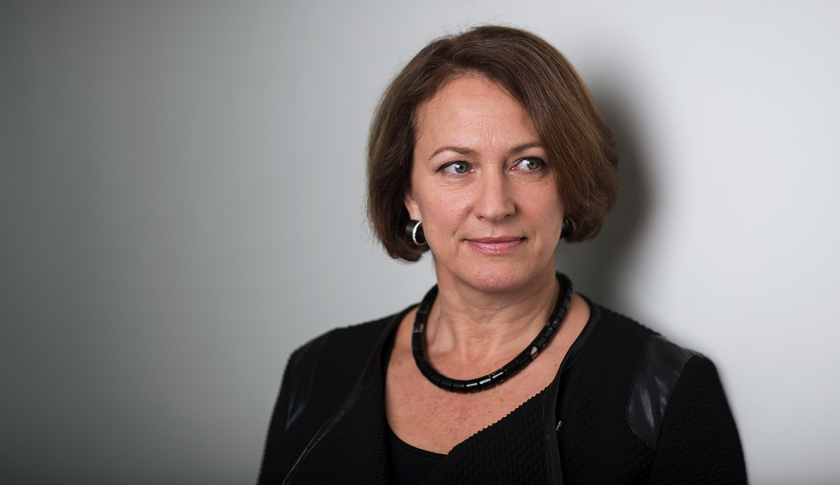 Inga Beale, chief executive officer of Lloyds of London, poses for a photograph following a Bloomberg Television interview in London, U.K., on Wednesday, Oct. 8, 2014. Lloyd's of London more than doubled investment income in the first half of the year as the world's oldest insurance market benefited from its holdings in U.S. corporate debt. Photographer: Simon Dawson/Bloomberg via Getty Images
Photograph by Simon Dawson — Bloomberg via Getty Images

Lloyd’s, the British insurance company, is known for specializing in obscure risks. When civilians finally push off into space, they will likely be insured, along with the aircraft they travel in, by Lloyd’s.

But one initially rare insurance product has become far more common: hack coverage. Inga Beale, the CEO of Lloyd’s, which manages a clearinghouse for insurance policies, said that demand for cyber insurance has grown considerably in recent years. Last year, the insurance industry took in $2.5 billion in premiums on policies to protect companies from losses resulting from hacks. That was up from around $2 billion a year before, and less than $1 billion two years before that.

Cyber-security has been a hot topic at this year’s World Economic Forum, the global gathering of CEOs, world leaders, and other power players in Davos, Switzerland. On Wednesday, Cisco Systems CEO John Chambers predicted that 2015 would be an even worse year for cyber attacks.

Beale said that Lloyd’s estimates that cyber attacks cost businesses as much as $400 billion a year, including the damage itself and subsequent disruption to the normal course of business. Beale, who became the CEO of Lloyd’s a year ago, said that she did not know just how much coverage companies have purchased, but she thinks it’s a fraction of what companies are losing on account of hacks. And it’s usually the firms that are best prepared for cyber attacks that wind up buying insurance. What’s more, about 90% of cyber insurance is being purchased by U.S. firms, leaving other companies around the world exposed.

“The U.S. companies are ahead of the curve,” said Beale. “Insurance used to be about concrete, protecting the loss of physical things. Now you have to get companies to insure against more intangible things.”

Beale said that, right now, the maximum cyber insurance coverage any single company can purchase from Lloyd’s is $300 million. She said that about 10% of all cyber insurance is underwritten on the Lloyd’s platform.

“Every time there is an attack, demand for policies goes up,” said Beale.