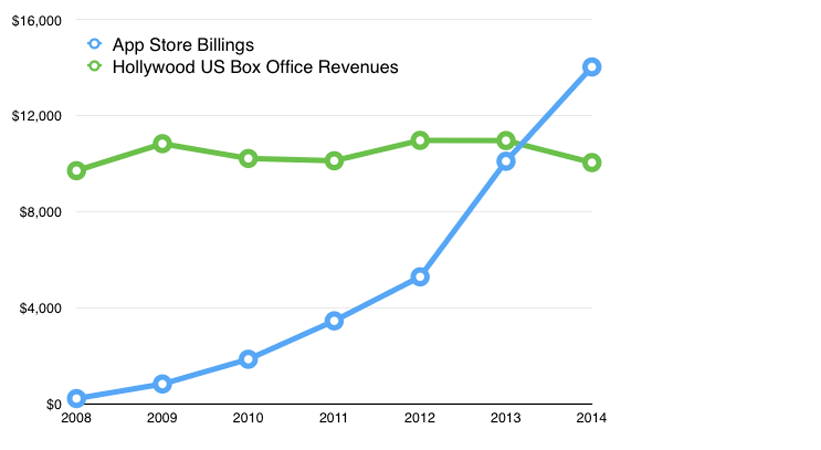 It’s a measure of how much the economic and cultural landscape has changed in eight years that Apple’s app developers earned as much last year as Hollywood took in from U.S. box offices — $10 billion.

There’s more to Hollywood’s revenue stream than the U.S. box office, of course. But as Horace Dediu wrote Thursday, there’s more to what he calls the “Apps economy” as well:

Apps economy includes Android and ads and service businesses and custom development. Including all revenues, apps are still likely to be bigger than Hollywood.”

Healthier too, he adds, Some app developers earn more than Hollywood stars, and their median income is almost certainly higher than the average actor’s. “The app economy sustains more jobs (627,000 iOS jobs in the U.S. vs. 374,000 in Hollywood) and is easier to enter and has wider reach,” Dediu writes.

And as the attached graph shows, it’s also growing a lot faster.