A blessing of unicorns 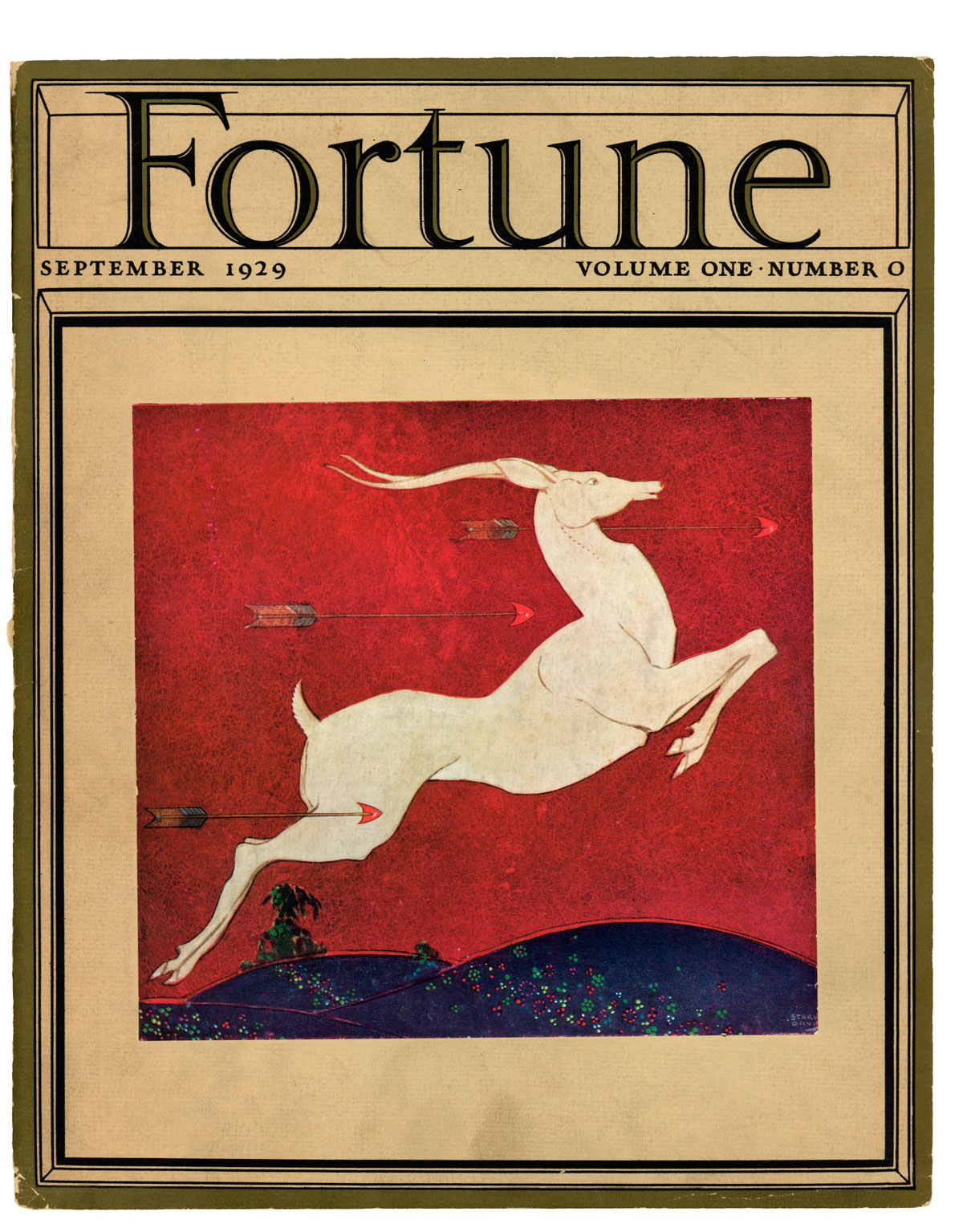 On the wall of our offices in Midtown Manhattan hangs a Fortune cover dated September 1929 that never made it to the newsstands. It was a prototype, created five months before the magazine’s launch, featuring a drawing of a white stag that fulfilled Henry Luce’s vision of “as beautiful a magazine as exists in the United States.”

So when we began discussing a February issue devoted to “unicorns”—the Silicon Valley term for startups that have achieved billion-dollar valuations—we were drawn to that primordial illustration. This month is the 85th anniversary of our first publication, and a nod to history seemed appropriate. Moreover, white stags and unicorns occupy a similar place in mythology—they are both elusive symbols of purity. With a few adjustments, the stag became a unicorn.

In the end, we decided that a hoodie-wearing unicorn rendered by artist Jeremy Enecio better captured the theme of the issue. The white stag remains office bound, but we offer you a glimpse above.

The Valley’s unicorn metaphor is imperfect. The mythical unicorn was rarely seen, whereas the metaphorical ones have become frighteningly common, totaling more than 80 by our count. It’s also hard to think of the likes of Uber CEO Travis Kalanick or Snapchat CEO Evan Spiegel as “elusive symbols of purity.”

But metaphors aside, this group of startups deserves serious attention, as they are not only fattening the wallets of venture investors, but also rapidly changing the way we live and the way we do business (see our cover package). Many of the current crop are selling to companies, not consumers. Box, Cloudera, and Palantir, for instance, are helping large enterprises share, store, and analyze massive amounts of data, pointing the way to a new design for the modern corporation heralded elsewhere in this issue by Ram Charan’s insightful essay on “The Algorithmic CEO.”

Which brings me back to the stag. The prototype was conceived at a brief moment of unbounded optimism in this country, when, as historian William Leuchtenburg tells us, there was “a contagious feeling that everyone was meant to get rich.” Within a few weeks that optimism had been crushed. By Nov. 13, the great bull market had lost half its value, and it continued to decline for another two years as an era of unimagined austerity set in.

Does the current blessing of unicorns suggest we are again at such a turning point? There’s no doubt that some of these creatures will prove as ephemeral as Snapchat’s photos. But there is more going on here than another bout of irrational exuberance. It’s hard to think of a single business that won’t be either transformed by one of the unicorns or disrupted and displaced by them. Ignore them at your peril.