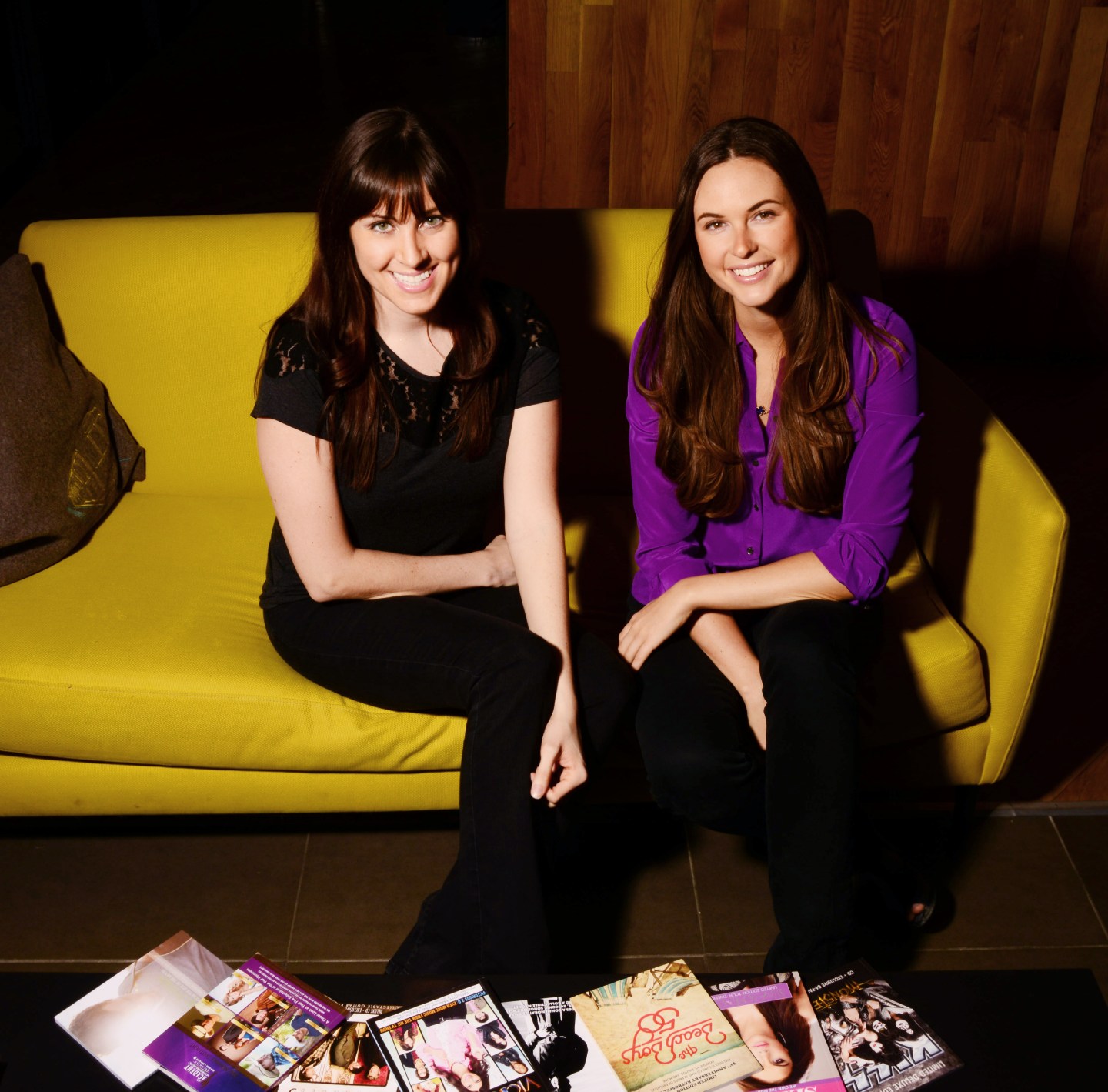 At a time when digital and streaming dominate debates over the future of the music industry, ZinePak co-founders Kim Kaupe and Brittany Hodak are just starting to hit a high note.

The entertainment-minded would-be entrepreneurs met in their mid-twenties while working together at an advertising agency. They were music fans with experience in merchandising, publishing, and building retail partnerships. They also knew it was an awkward moment for music lovers. CD sales were slumping. Streaming services were taking off.

But what if they could make CDs cool by investing in experiential content for superfans? What if they partnered with some of the biggest names in music and entertainment—Taylor Swift, Justin Bieber, Disney’s Frozen franchise—to provide existing, eager fans with limited edition merchandise? Kaupe and Hodak scored a chart-topping hit with ZinePaks, the company they founded in 2011 that produces fan club-style bundles of CDs with exclusive tracks and magazine-length booklets featuring photos, lyrics, and artist interviews.

While many of their entrepreneur peers were focusing on startups that require a lot of up-front capital—and in tech, the need to hire expensive developers early on—ZinePak stayed lean. In its first year, ZinePak grew 350% and sold over a million of its limited edition bundles. In 2013, the company pulled in $3 million in revenue.

In April 2014, the company released its first-ever soundtrack ZinePak, a limited edition CD and magazine with music and interviews from the TV series, Orange is the New Black. Other soundtracks followed, for films like How to Train Your Dragon 2.

The ZinePak origin story is largely without discord. During her three-year tenure at Sony’s RED sales and marketing division, Hodak was responsible for creating and cultivating relationships with buyers at Wal-Mart (WMT), Target (TGT), Hot Topic, and Best Buy (BBY). When she left to work in advertising, she diligently kept in touch with her contacts.

A year later, when she and Kaupe left the ad agency with $60,000 of their own savings to launch ZinePak, Hodak called her buyer pal at Wal-Mart, the largest seller of physical music. “I always tell people that was the one and only phone call I made,” Hodak says. Not only did Wal-Mart want to get behind ZinePak. The retailer wanted to be the startup’s exclusive distributor.

The Wal-Mart connection was a bridge to the next high note: signing some of country music’s top artists and performers to co-produce exclusive ZinePaks. It was the end of 2011, and the women were brainstorming new projects. The Academy of Country Music Awards was coming up. Their Wal-Mart pal wondered: why not put out a compilation of nominees to test the waters? The collection was such a hit, a number of the stars featured on the album signed up to release their own exclusive content through ZinePak.

Hodak notes that bootstrapping the company was only somewhat intentional. When she and Kaupe began reaching out to potential clients, they were met with more enthusiasm than they’d expected. Potential clients wanted to become investors and get in on the ground floor.

The women realized there was more to their idea than they’d thought and doubled down on their commitment to not giving out shares prematurely. “It’s not to say we won’t take money at a later date,” Kaupe explains. “But if we did, it’d be strategic. It would be about growth instead of about raising $5 million because I can’t pay my employees tomorrow.”

All 12 of those full-time staffers, by the way, are women. But Kaupe swears there’s no intentional hiring bias. “We take the best candidates for us,” she says matter-of-factly.

Not selling shares or taking any outside investment is the same way rock star Spanx founder Sara Blakely built her billion-dollar fortune. And while Kaupe and Hodak have approached running their company the same way, Kaupe says it took them a while to realize how the rareness of their strategy, or how to measure their off-the-charts success. According to American Express OPEN’s 2014 State of Women-Owned Businesses survey, just 2% of women-owned firms generate more than a million dollars in annual revenue.

“We kind of realized this is a very small group of people. The fact we were able to join within a year—we were incredulous.” Kaupe adds that the fact there are so few million-dollar women-led startups is “slightly depressing but keeps us motivated.” So do fans that keep ZinePaks flying off the shelves.

“All you ever hear is doom and gloom,” Hodak says, measuring the mood of the music industry. “But the superfans—those true, core fans, who have maybe two or up to 20 artists they live and die by, who go see them within 500 miles—they want to own physical products to hold in their hand to show they’re a fan. They won’t ever go away. Maybe it won’t always be records, but there will always be a need for a physical manifestation of the art musicians create.”

“We don’t look at the music industry and say it’s going down, or that this is a bad situation and we need to look at other verticals or industries,” she explains. “We say, what an awesome opportunity to make products for superfans to cherish.”