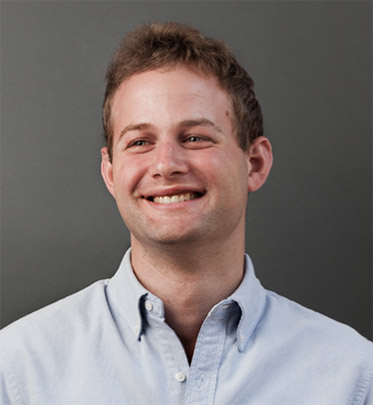 It’s easy to see what’s trending on the Internet, at least in a rudimentary fashion—just call up the top Google searches or glance at the trending topics feature on Twitter or Facebook. But there are many more indicators to use. Combined, they can more precisely identify a trend that’s sweeping the Internet and identify it long before it trends on Twitter.

Taykey, a New York startup that makes software for marketers, makes use of 50,000 inputs and 47 engineers with seven doctorates in natural language processing to build tools that surface trends. Inputs include anything from people “checking in” with Foursquare’s Swarm app to a widely popular weather event—Snowpocalypse 2014, anyone?—to a rush of edits on a particular Wikipedia entry.

For its first six years in business, Taykey’s business model has been to alert advertisers to trends occurring with their target audiences and automatically buy ad impressions next to trending content. For example, if a movie studio wants to target teenage girls who like music, Taykey would have told them last Monday that their target audience was talking about pop star Justin Bieber’s new Calvin Klein ad and instantly purchased ads on news stories, blog posts, and social content about the topic.

If you’re familiar with the story, you know what happened next. The next day the original, unedited version of the Bieber photo leaked showing that the photos had been modified to enhance his, ahem, bulge. Within 10 minutes Taykey’s algorithm picked up on the negative vibes around Bieber and pulled all the ads it was running alongside it. The company helps brands jump onto trends (and, if necessary, abandon them) automatically, targeted to specific audiences across many geographies.

Its strategy seems to be working. The 100-person company has “tens of millions” of dollars in revenue, CEO Amit Avner says, and counts brands such as AT&T, Verizon, Disney, P&G, MasterCard, Microsoft, Google, Starbucks, and Toyota among its clients.

Now Taykey is expanding its capabilities to do more than just buy ads alongside trending topics. The company is using its trend-spotting software to help brands create marketing campaigns that take into accound what’s hot with their target audience. Surely marketers for those brands were doing this before; Taykey’s algorithm is meant to infuse that process with more data in the form of a software platform. Taykey has already worked with brands including Red Bull and Volkswagen to use trending topics to alter their creative campaigns. General Electric has used Taykey’s new marketing platform to create blog posts on its sites that publish editorial content.

In addition to the expanded services it provides, Taykey has announced a $15 million round of venture funding from Innovation Endeavors, the venture capital fund of Google chairman Eric Schmidt, and existing investors SoftBank Capital, Sequoia Capital, Marker LLC, MSR Capital and Tenaya Capital. The company has raised a total of $32 million.