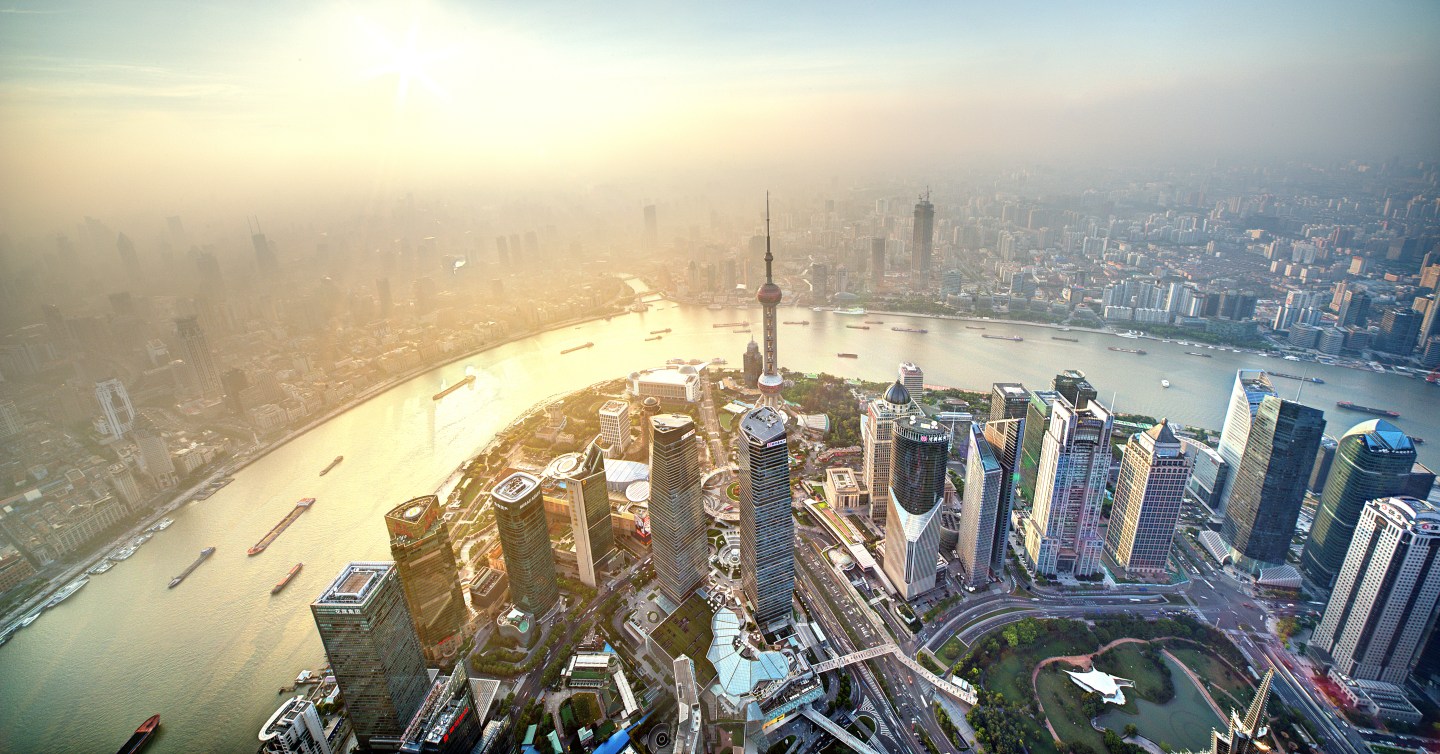 China announced today its annual growth rate slipped to 7.4% in 2014, the lowest figure in 24 years and the first time the country has missed its yearly growth rate target since 1998.

A slowdown was not unexpected. Lower investment in fixed assets, a property downturn and tighter control over local governments’ spending all contributed to lower growth.

“It missed the target by a touch, but the number is still quite good,” says Li-Gang Liu , Chief Economist Greater China at ANZ in Hong Kong, who notes that China’s service sector continued gaining share last year to outpace manufacturing’s contribution to the economy as the country transforms itself away from heavy industry.

How low is the question. The International Monetary Fund rattled analysts today when it predicted China’s GDP growth in 2015 to fall much more sharply—to 6.8% this year and only 6.3% next year. That revision was one of the reasons that the Fund downgraded its forecast for the global economy this year to only 3.5% from a previous estimate of 3.8%.

For the past couple of months, China’s state-run press has been relentlessly running stories about China’s “new normal” and telegraphing the government’s likely reduction in the 2015 GDP target to 7% growth. “The country’s period of miraculous break-neck growth is over, but let’ s get over it,” state-run Xinhua wrote today.

Even in the beginning of 2014, China was downplaying its growth potential. Only a day after Premier Li Keqiang announced China’s growth target of 7.5% earlier last year, Finance Minister Lou Jiwei undercut him and said 7.2% growth would be just fine.

Nomura analysts led by Chang Chun Hua in Hong Kong spell out the likely scenario by which China’s growth continues slowing. It shouldn’t be completely unwelcome.

“The economy will resume its downtrend … given deep-rooted domestic challenges such as tighter controls over local government debt, the property market correction and deleveraging,” Hua writes. “For 2015, we maintain our GDP growth forecast of 6.8%.”

China’s announced reforms for state-run enterprises, shadow banking, and local government debt should reduce growth but contribute to a healthier economy which is struggling under a public-debt-to-GDP ratio of 250%.

ANZ’s Liu says China’s service sector’s performance in 2014 is an important takeaway from the GDP announcements. The contribution from services to GDP growth was 3.8 percentage points vs. manufacturing’s 3 percentage points. He says, “This also explains, despite China’s slowing growth over the past four years, the new jobs created are growing year by year.” Services employ more people than do automated factories.

It also explains why a growth rate that is still by far the fastest of any large economy in the world isn’t translating one-for-one into consumption of commodities such as oil, iron ore and copper, prices for which have tumbled in the last six months as markets wake up to how much they have overestimated the profile of Chinese demand growth.

Today’s GDP growth slowdown was just as apparent in the third quarter, when China’s quarterly growth hit a five-year low. Back then Chinese stocks fell on the news. In a hint that investors may be getting used to a slowing China, stocks in Shanghai rose by 2% today.