Mitt Romney and the downside of blind perseverance 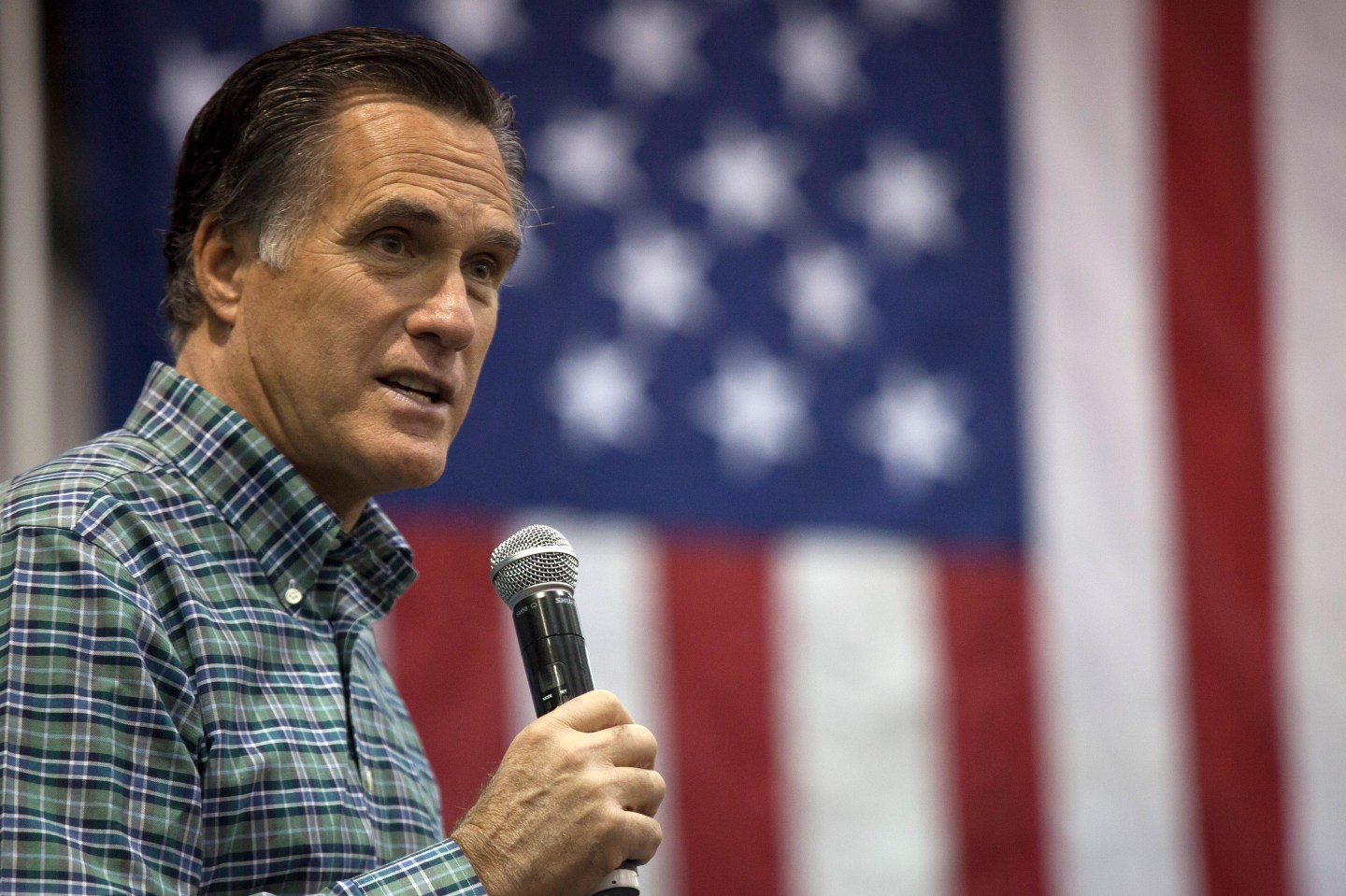 A little over a week ago, Mitt Romney, the former Massachusetts governor and two-time Republican presidential candidate, told donors that he was considering another bid for the White House in 2016.

It was stunning news, considering the gut-wrenching loss that Romney suffered on election night 2012, when he lost the presidency after his campaign advisors told him that he was going to win “decisively.” They’d even planned a celebratory fireworks display.

When votes fell short, “it was like a death in the family,” one advisor said. “Shellshocked,” was how another advisor described Romney’s reaction to the defeat.

The loss still seems to sting for Republicans who expressed skepticism at another Romney run.

“He had a great opportunity last time and I personally want a fresh face,” said Roger Villere, the Louisiana Republican Party chairman, speaking to Politico. “What’s going to be different this time?”

Senator Rand Paul, a Republican from Kentucky, called the idea “insanity.” And a headline in the Wall Street Journal simply read, “Don’t Do It, Mr. Romney.”

It may seem bonkers for Romney to run again, considering his two failed bids—one of which was particularly painful. But could such perseverance, such immunity to defeat, be the mark of a good leader?

In a 2007 article published by the Harvard Business Review titled “Firing Back: How Great Leaders Rebound After Career Disasters,” authors Jeffrey Sonnenfeld and Andrew Ward wrote that “the ability to transcend life’s adversity is an essential feature of becoming a great leader.”

And it’s a rare one, too. In the authors’ analysis of 450 CEO successions at large publicly traded companies between 1988 and 1992, only 35% of ousted CEOs returned to an active executive role within two years of departure. They point to unusually perseverant leaders like Jamie Dimon, once sacked as president at Citigroup and now chairman and CEO of JPMorgan Chase, and Jimmy Carter, who was defeated by Ronald Reagan in his 1980 reelection bid but rebounded to win the Nobel Peace Prize in 2002. “Transformational leaders follow a path that entails a call to greatness, early successes (involving tough choices), ongoing trials, profound setbacks, and, ultimately, triumph as they reintegrate into society,” wrote Sonnenfeld and Ward.

American culture generally rewards perseverance, says David Feldman, an associate professor of counseling psychology at Santa Clara University and author of Supersurvivors: The Surprising Link Between Suffering and Success. It’s the mark of an individual who’s optimistic and hopeful, gritty, with plenty of self-esteem, and is chasing a goal that’s intrinsically meaningful.

But speaking to Fortune on Friday, Sonnenfeld, a management professor at Yale, said that Romney was unlikely to join Dimon and Carter’s club, mainly because he doesn’t think Romney meets some of the major qualifications for a truly successful second act. Mainly, persistence only breeds good leaders if those individuals learn from their past defeats, Sonnenfeld says. “Romney hasn’t been able to explain why things didn’t work the last time and what he wants to do differently,” Sonnenfeld says.

Romney has reportedly told supporters that he lost in 2012 because he was up against an incumbent president with a good economy (even though Romney ran against President Barack Obama on the argument that the economy was horrible). Romney did note in a speech Friday night at a Republican National Committee event that, unlike 2012, in 2016 he would be more open about his role in the Mormon Church and would emphasize how he helps the needy.

While persistence can be a very good leadership quality, letting go has its merits, too. So called goal-disengagement, or giving up on an unattainable goal, Feldman says, “is generally a good thing.” In fact, research shows that those with stronger goal disengagement abilities have fewer physical health problems.

“One of the good things about disengagement is that it opens you up to noticing other goals,” Feldman says. “If you spend energy doggedly pursuing unattainable goals, you’re missing the opportunity to do other meaningful things. The million-dollar question is when do you give up? ”

Pure determination and knowing when to call it quits may appear to be dueling attributes, but when considering who will be the next president, it’s all about finding a balance of the two.

“We would want [the President of the United States] to have grit and self-esteem and hopefulness and a sense of intrinsic motivation; that what he or she is doing is personally meaningful,” Feldman says. “But wouldn’t we also want that person to know when is an appropriate time to disengage and work to tweak those goals? There’s an art to knowing, okay, this part isn’t working.”

Watch more about the 2016 election from Fortune’s video team: