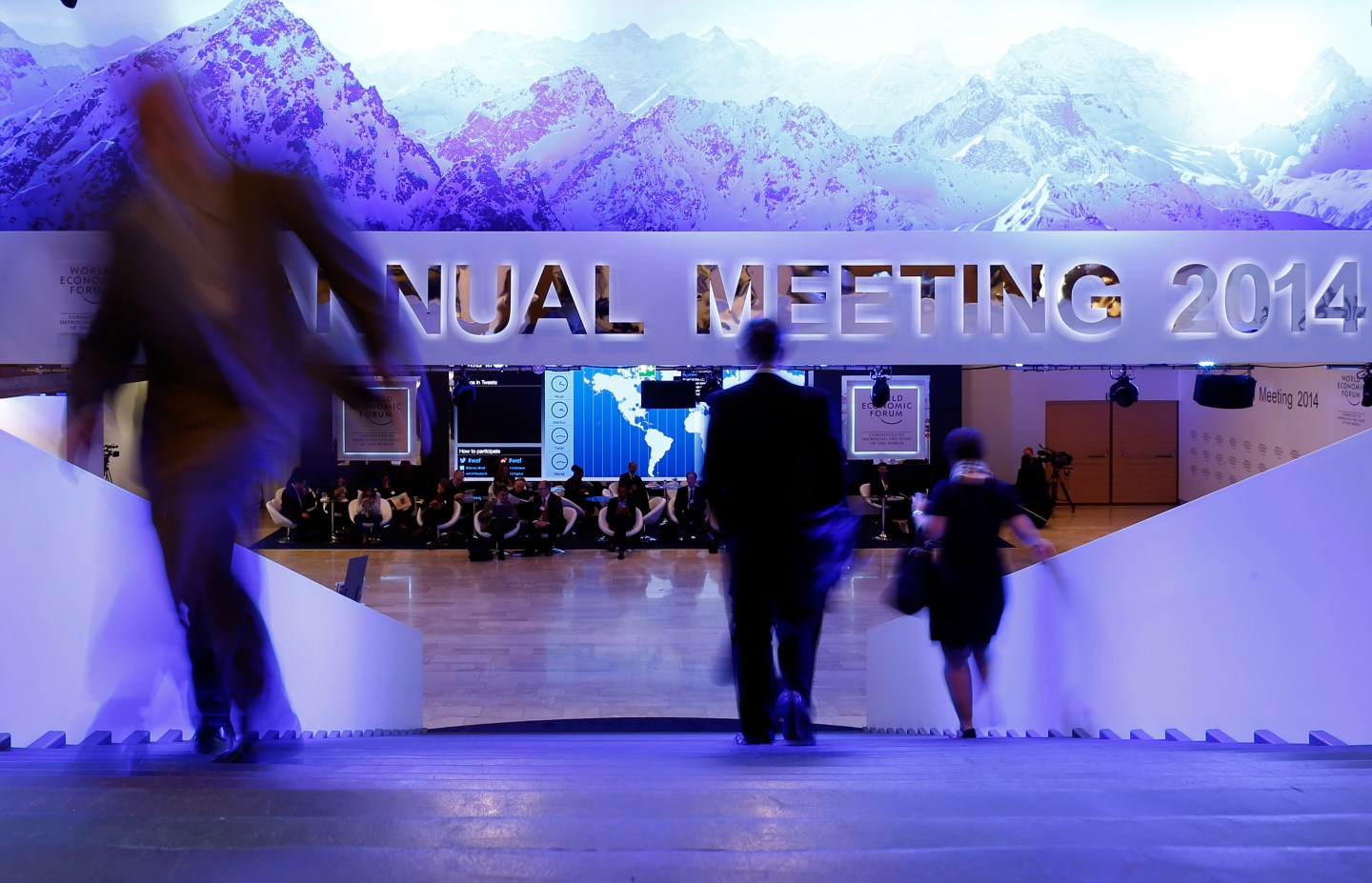 This was a busy week with earnings beginning to pour in, including from some of the biggest banks. JPMorgan (JPM), Wells Fargo (WFCNP), Bank of America (BOFA) and Citigroup (C), all reported. It was also the kick off to the North American International Auto Show in Detroit.

The four-day work week ahead is even more packed (happy Martin Luther King Day on Monday!). A slew of earnings are scheduled from tech companies you’ve probably heard of, along with Starbucks and McDonald’s. The World Economic Forum in Davos also gets going with its usual mix of glitz and worry over various global crisis.

Check Fortune.com regularly to get smart takes from Fortune’s Stephen Gandel and Editor Alan Murray, who will be reporting from the World Economic Forum in Switzerland. The event will start Wednesday and run through Saturday. You can count on heads of state, global financial leaders and tech moguls to be out in full force. In theory, the gathering is for improving the world through public-private cooperation. In practice, it’s a big business mixer.

A number of tech companies report earnings this week. Starting things off Tuesday is Netflix (NFLX) and IBM (IBM). Next up Wednesday afternoon is eBay (EBAY). Verizon (VZ) carries the flag for telecom companies on Thursday.

3. The latest from Windows

It may not generate quite the same fanfare as Apple’s (AAPL) huge events, but Microsoft (MSFT) will get some headlines Wednesday when it unveils its latest about the Windows 10 operating system. Xbox’s chief Phil Spencer will be speaking, so you can also expect some gaming news to come out of the presentation. Terry Myerson and Joe Belfiore, two Windows Operating Systems Group execs, will also be there.

Starbucks (SBUX) and McDonald’s (MCD), two of the most prominent U.S. restaurant companies, will put out their earnings this week. Starbucks will report first on Thursday evening. Meanwhile, McDonald’s will take center stage Friday morning.

This will be an important week for oil company watchers, who have a number earnings to look for amid sinking crude prices. On Tuesday, look out for oil services firms Baker Hughes (BHI) and Halliburton (HAL). Energy companies have been forced to slash jobs and stop drilling. It will also be an opportunity to see how companies that are closely tied to oil prices like Delta Air Lines (DAL) are doing with the vastly lower fuel prices. Delta’s earnings will be Tuesday morning.