U.K. oil sector in crisis as crash catches up with the North Sea 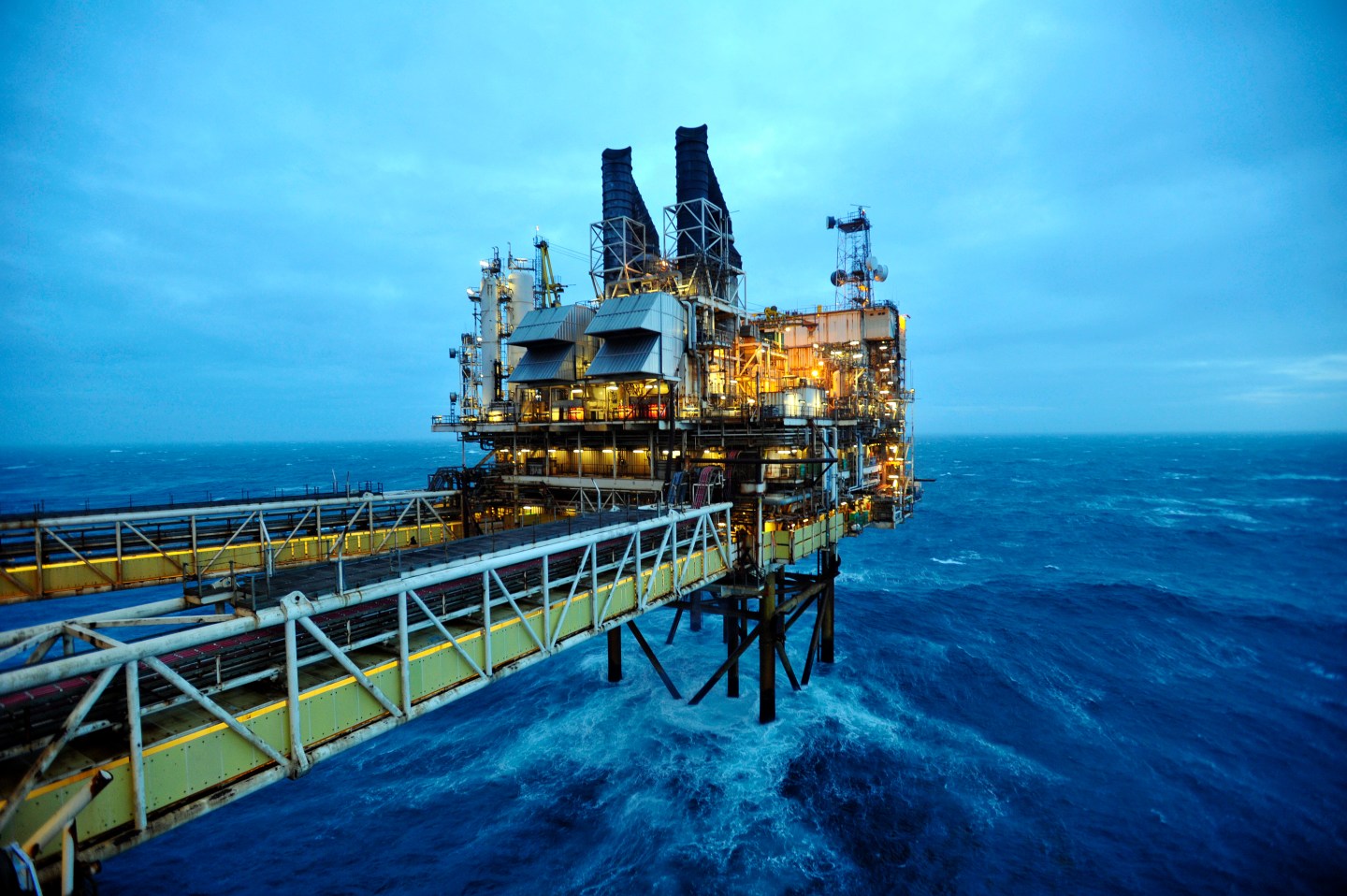 AT SEA - FEBRUARY 24: A general view of the BP ETAP (Eastern Trough Area Project) oil platform in the North Sea on February 24, 2014, around 100 miles east of Aberdeen, Scotland. The British cabinet will meet in Scotland for only the third time in history to announce plans for the country's oil industry, which it warns will decline if Scots vote for independence. The fate of North Sea oil revenues will be a key issue ahead of the September 18 referendum to decide whether Scotland will end its 300-year-old union with England, and is expected to be the focus of Prime Minister David Cameron's cabinet meeting. (Photo by Andy Buchanan - WPA Pool/Getty Images)
Photograph by Andy Buchanan — Getty Images

Nowhere is being spared, at least not in the western world.

The inevitable came to Aberdeen, the capital of the U.K.’s oil sector, Thursday as BP Plc (BP) said it will cut 300 jobs to shore up profitability at its operations in the North Sea as a result of collapsing oil prices.

“Whilst our primary focus will be on improving efficiencies and on simplifying the way we work, an inevitable outcome of this will be an impact on headcount,” Trevor Garlick, Regional President for BP North Sea said in a statement.

He said 200 onshore jobs and 100 contractor jobs were likely to go.

Separately, Reuters reported that ConocoPhillips (”COP”)Chevron[/hotlink] Corp. (CVX) said last year it would do the same.

North Sea oil and gas fields have been a mainstay of the U.K. economy for 40 years, but almost all of its fields are in decline. Output has fallen over 70% since peaking at over 2.7 million barrels a day in 1999, and industry association Oil & Gas UK estimates that 10% of what remains is unprofitable even at a price of $60 a barrel. Already last year, the number of wells drilled in the U.K. sector of the North Sea fell to its lowest levels in 15 years.

As a result, much of Britain’s oil expertise these days is directed to drilling in more challenging ‘frontier’ regions such as Africa or further field–but some of those operations are suffering even more than Aberdeen.

Tullow Oil Plc (TUWOY), which is the U.K.’s biggest independent oil producer, said Thursday it would write off a total of $2.3 billion on past drilling activity and expected disposals in countries from Mauretania and Uganda to Norway.

Tullow also cut its capital expenditure budget for this year by $200 million, around 10%, and said it would focus it activities this year in West Africa, where it has some of its lowest operating costs.

Scotland’s Energy Minister Fergus Ewing said Thursday that the current drop in prices had produced “the most serious jobs situation Scotland has faced in living memory.”

But things might have been much worse. Had Scotland voted for independence three months ago, it would have been far more exposed to the volatility in oil prices, led by a government that had based its post-independence spending plans on a price of $110/bbl.

The U.K. government estimates that an independent Scotland would have faced a 15.5 billion pound ($24 billion) shortfall over the first three years of independence, if oil prices were to stay at only $60/bbl.

Bank of England Governor Mark Carney told parliament Thursday that the “negative shock” to the Scottish economy would be “substantially mitigated by the fiscal arrangements in the U.K..”