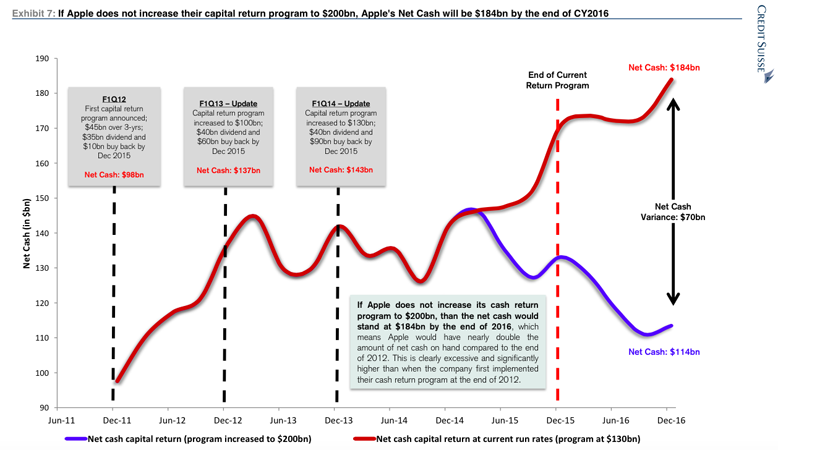 “We believe the likelihood of a major increase remains high,” wrote Credit Suisse’s Kulbinder Garcha in a note to clients Wednesday, referring to Apple’s stock buy back program — the biggest ever launched.

When it was announced three years ago, the plan was to return $45 billion to shareholders by the end of 2015. As the cash kept pouring in, however, Apple increased its target in each subsequent year — first to $100 billion, then to $130 billion. If Apple doesn’t increase its cash return program to $200 billion, says Garcha, net cash by the end of 2016 will stand at $184 billion — nearly double the hoard Apple had on hand three years ago when the program began.

“This is clearly excessive,” he writes. “And very difficult for Apple’s management to justify.”

That suggests to Garcha that Apple might sell as many as 35 million watches this calendar year. But for now he’s sticking with a “conservative” estimate of 20 million in 2015.

Below: An zoomable version of the Credit Suisse chart, per request.