5 trends that will redefine your healthcare experience in 2015 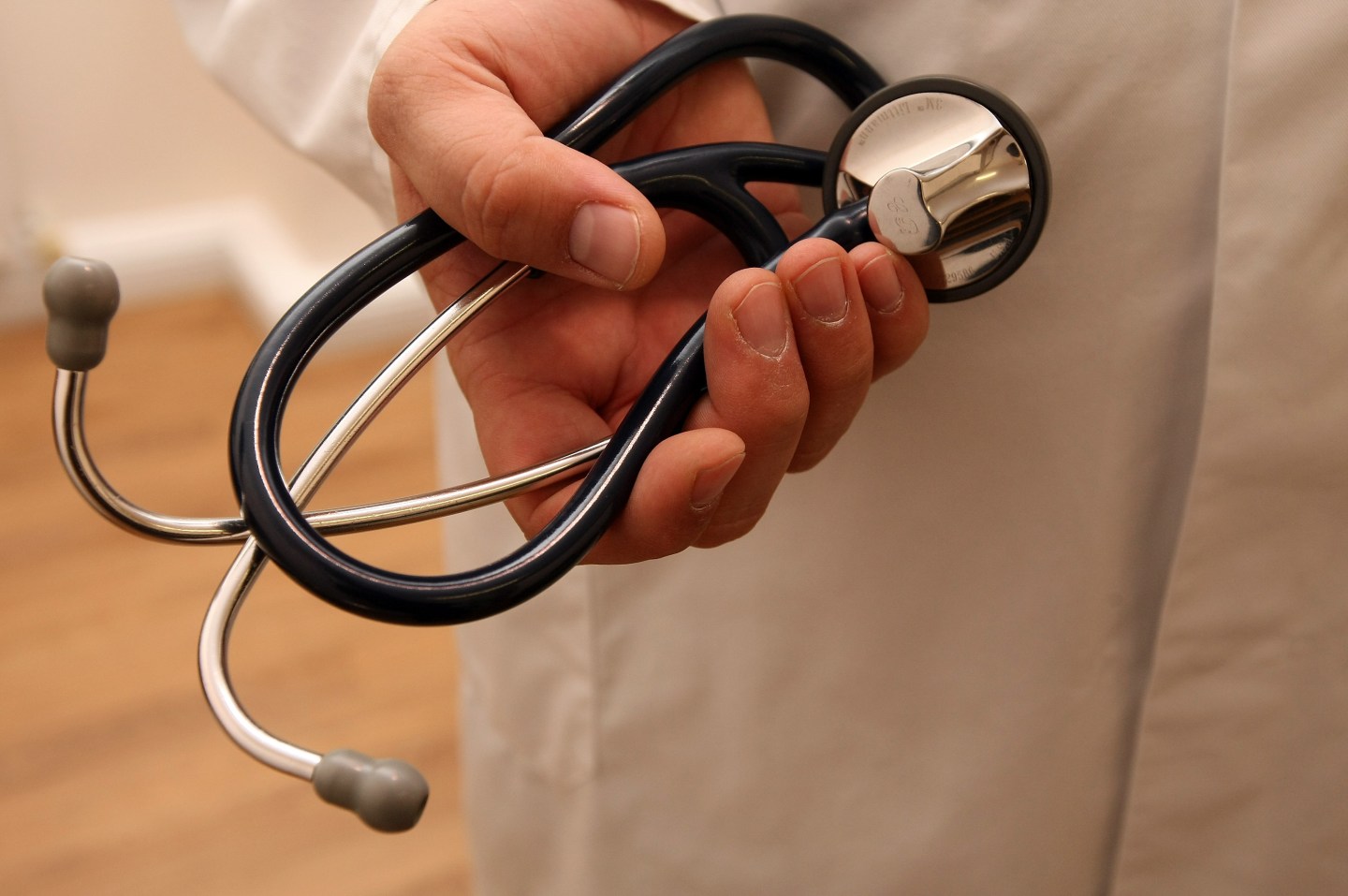 BERLIN, GERMANY - SEPTEMBER 05: A doctor holds a stethoscope on September 5, 2012 in Berlin, Germany. Doctors in the country are demanding higher payments from health insurance companies (Krankenkassen). Over 20 doctors' associations are expected to hold a vote this week over possible strikes and temporary closings of their practices if assurances that a requested additional annual increase of 3.5 billion euros (4,390,475,550 USD) in payments are not provided. The Kassenaerztlichen Bundesvereinigung (KBV), the National Association of Statutory Health Insurance Physicians, unexpectedly broke off talks with the health insurance companies on Monday. (Photo by Adam Berry/Getty Images)
Photograph by Adam Berry — Getty Images

Technology has revolutionized many aspects of our lives (there seems to be an app for almost everything these days), but our modern healthcare system has remained largely on the sidelines of this transformation.

Technological progress in the industry is more of a steady slog than headline-making disruption, but that doesn’t mean there aren’t big things happening. Here are five important trends that will shape your healthcare experience this year and beyond.

The year of seamless care.

Healthcare IT systems, which are currently shored up behind proprietary walls, will need to find ways to interact across the care spectrum. About 95% of healthcare providers say interoperability challenges limit their ability to transfer data from one medical center to another, according to a study by Premier (PINC). Essentially, that slows down the transfer of information about patients, which can create sometimes dangerous gaps in care.

Susan DeVore, CEO of Premier, a health care alliance, says that while we’ve created a large amount of e-records in recent years, those records are “not able to seamlessly talk to each other."

That will start to change this year at "both the public and private level," said DeVore. The U.S. Office of the National Coordinator will push interoperability as a core requirement in its next stage of guidelines, and providers will become more proactive in pushing for APIs and open source tools that developers can use to better connect data across medical locations.

Digitally-enabled care is a must-have for hospitals and doctors in order to deliver the best care, but technology has been slow to infiltrate the medical world. It's not about "disruption" in this industry, it's about enhancement — and that's what you'll see more of in 2015.

Digital tools — from telemedicine to in-office software — will make your healthcare more efficient, more cost-effective and, ultimately, result in healthier patients. According to a PriceWaterhouseCooper study, half of doctors believe e-visits could replace more than 10% of in-office patient appointments, and roughly 75% of doctors said they would prescribe an app to help patients manage chronic diseases such as diabetes.

“Digitally-enabled care is no longer nice-to-have, it’s fundamental for delivering high quality care,” said Daniel Garrett, health information technology leader for PwC. “Just as the banking and retail sectors today use data and technology to improve efficiency, raise quality and expand services, healthcare must either do the same or lose patients to their competitors who do so.”

Putting a price on drug innovation.

Specialty drugs will dominate conversations about health costs this year. Niche treatments are expensive to develop and target a small portion of the population, which means they often carry high price tags. Only 1% to 3% of the U.S. population uses specialty drugs, yet spending on them is expected to account for 50% of drug payments by 2018, according to a study by Prime Therapeutics.

These drugs could potentially lower overall health bills as patients are cured of chronic diseases and avoid expensive complications, but the challenge will be how to cope with high price tags today. Take a revolutionary new Hepatitis C therapy as an example. The drug, which costs $84,000 per patient for a full course, could inflate state Medicaid programs by almost 15%, according to DeVore.

That’s only one specialty treatment for one condition: when compounded, though, the effect could be huge. The average cost of filling a specialty drug prescription for a month is $1,800 compared with $54 for non-specialty drugs, such as antibiotics or anti-cholesterol medication, according to data from Express Scripts. At the same time, the number of patients filling specialty drug scripts is rising faster than the number filing for traditional drugs. The use of specialty medications increased 2.5% in 2013 versus a 0.5% gain for traditional prescriptions, Express Scripts found.

Congress will likely get into the issue this year: Democrats may push for laws allowing Medicaid to negotiate prices with drug makers, while Republicans may go after private sector solutions to inspire competition, such as creating streamlined approval for generic equivalents.

HealthCare.gov gets the okay.

Transparency will become even more important in healthcare this year, especially when it comes to financial data. Services such as ZocDoc already provide access to doctor reviews from a quality and care perspective. More businesses like this will proliferate to help parse the reams of financial information that will become available.

Medicare is releasing its physician procedure charges, while insurance comparisons are available through the Obamacare exchanges. You’ll also be able to review payments your doctor is receiving from drug and device manufacturers via the Open Payments website. This is just the beginning.

"That desire for transparency will continue," said DeVore. "Consumers will become more and more knowledgeable to the availability of information."

This data is still in its early stages, though, and it will continue to take time to confirm and sort out issues with data sets, said DeVore. This year will see more progress in how we interpret and access available medical information.

Cutting out the cost surprises.

The future of health innovation.

Bundled payments group all the services a patient receives during an episode of care under one fee. For example, say you're getting knee replacement surgery. A hospital, possibly in conjunction with other providers, will set a lump-sum cost that covers your whole course of care: pre-op, hospital stay, surgery, anesthesia, physical therapy, and follow-up. No surprise costs.

As a patient or an insurance company, you know what you’re going to pay. As a hospital, you're incentivized to provide the necessary services as efficiently as possible, and with the highest-quality care, since the hospital will keep a portion of the savings generated. On the flip side, they're also held accountable for any costs overruns.

It's already a voluntary federal program, and states are also test-driving bundled payments. Arkansas' Medicaid program has mandatory bundled payments in place for 10 conditions, and Tennessee and Ohio are set to announce their own programs in 2015. Even some employers — including Kroger, Boeing and Lowes — are starting to adopt similar initiatives.

Bundled payments not only take out the cost surprise, they also encourage providers to provide connected care. At the end of the day, that’s what patients want: “connected, consistent, coordinated care,” said DeVore.