How many Macs did Apple sell last quarter? 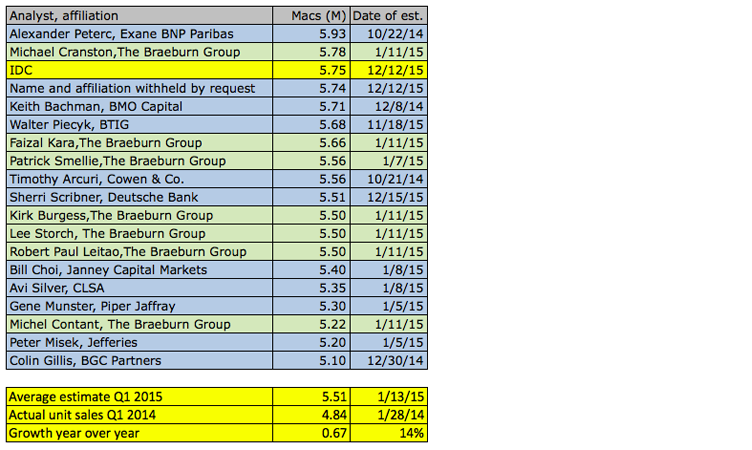 Now that Apple is one of the world’s five biggest PC manufacturers — at least as IDC counts shipments — analysts who track the company’s unit sales have another data point to factor into their quarterly estimates.

On Monday, IDC issued its preliminary PC numbers for Q4 2014 (Apple’s fiscal Q1 2015) and Mac shipments were high — higher than expected. Higher than all but two of the estimates that have come in so far from Fortune’s panel of Apple analysts — a mix of veteran pros and amateurs.

“I expect some revisions on Mac numbers,” warned Robert Paul Leitao, founder of the Braeburn Group of amateurs, in an e-mail Monday. “This is looking to be one sensational quarter for Apple.”