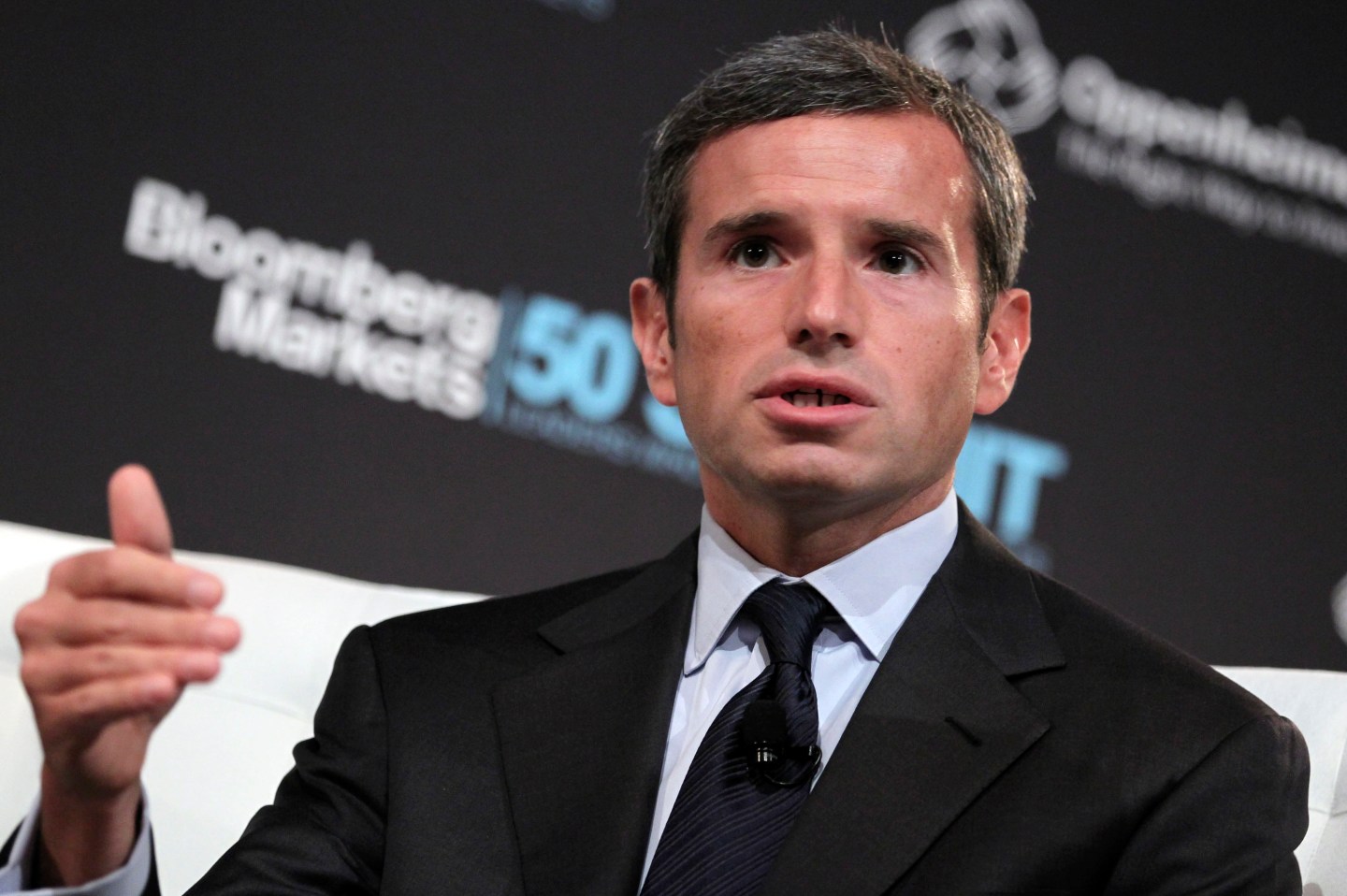 Antonio Weiss, global head of investment banking at Lazard Ltd., speaks at the Bloomberg Markets 50 Summit in New York, U.S., on Thursday, Sept. 13, 2012. The conference brings together the world's most influential leaders in finance, business and government to discuss the global economy. Photographer: Jin Lee/Bloomberg via Getty Images
Photograph by Jin Lee — Bloomberg via Getty Images

(REUTERS) – Antonio Weiss, an investment banker who was a controversial nominee for a top post at the U.S. Treasury Department, has decided to withdraw from consideration, the White House said on Monday.

Liberal lawmakers, led by Senator Elizabeth Warren of Massachusetts, fiercely opposed Weiss’s nomination to the top Treasury domestic finance job because of his work for investment bank Lazard, which they viewed as proof of a revolving door between Wall Street and the U.S. government.

Weiss will instead become a senior adviser to U.S. Treasury Secretary Jack Lew, a position that does not requireSenate confirmation. The White House said it would begin a new search for a candidate for the domestic finance job.

“I am disappointed that Antonio will not have the opportunity to serve as under secretary, but I understand his request not to be re-nominated,” Lew said in a statement. “I continue to believe that the opposition to his nomination was not justified.”

White House spokeswoman Jennifer Friedman said Weiss made the decision to withdraw from consideration to avoid the “distraction” of the Senate confirmation process.

Weiss’s decision represents a considerable victory for Warren, who has become a rising star of the Democratic Party and pushed her colleagues in a more populist direction.

In recent weeks, she also pressured her party to fight Republican-led efforts to scale back the 2010 Dodd-Frank financial oversight law.

Warren and other lawmakers criticized Weiss’s background at Lazard, where he worked on high-profile deals that involved tax “inversions.” The Obama administration wants to prevent these deals, which involve U.S. companies moving their tax domiciles abroad to get lower rates.