From Gannett to Hyatt: A CMO explains her latest move 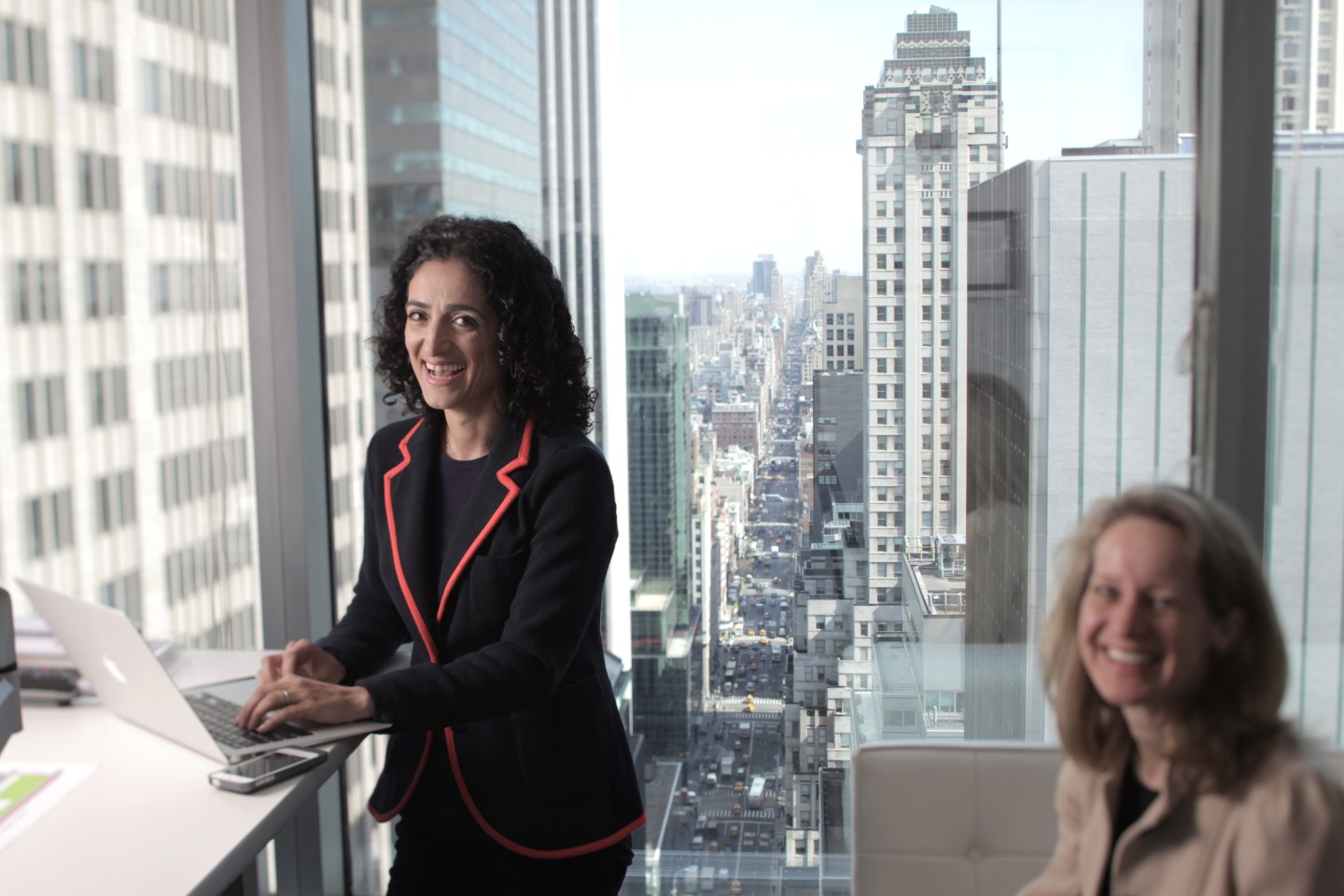 Maryam Banikarim has never been one to shy away from risk. In 2011 as the print journalism industry continued its decline, she joined Gannett — the largest U.S. newspaper publisher — as Senior Vice President and Chief Marketing Officer. After successfully navigating the company through the spinoff of its publishing unit to help the profitability of the business, Banikarim is jumping into another industry rife with challenges.

Learn more about Gannett’s spinoff of its publishing unit from Fortune’s video team:

On Wednesday, Hyatt Hotels (H) named Banikarim global chief marketing officer. After moving from New York City to Chicago with her family, Banikarim will be tasked with shaping the future of Hyatt just as the hospitality industries maneuvers through its own disruption. People around the world are becoming more focused on experiences, says Banikarim, putting that much more pressure on Hyatt and its competitors to up their game. Mark Hoplamazian, Hyatt’s president and chief executive officer, said Banikarim’s experiences in publishing and media is “highly relevant to our own plans to take advantage of similar disruptive forces.”

In an interview with Fortune, Banikarim spoke about why she left Gannett (GCI), her inital plans for Hyatt and how her two teenage children affected her decision to take the job.

What spurred your decision to leave Gannett?

It was the right time. I came to Gannett for the transformation, and the company is now in an entirely different place than it was when I started. In August, we announced that we were splitting and that Gracia [Martore, CEO and President of Gannett and No. 43 on Fortune’s Most Powerful Women list) would be taking over the broadcasting/media unit. The split allowed me to have a moment to think about what I was going to do next. Now it [the broadcasting/media side of the business] is going to be a $2 or $3 billion company when it was [a much larger company] company when I started. I was very committed to Gracia, though, and it was a bitter sweet decision.

What about the hotel industry interests you?

The fit was uncanny. I didn’t think it would happen so quickly, but sometimes the most uncanny things happen when you don’t expect it. I always said that if it wasn’t going to work in media, I would work in retail or hospitality. They are very similar industries. They are engaging and experimental. Customers have an emotional response to a Hyatt the way they do to the story that they love. Don’t get me wrong –they are different businesses, but there is something incredibly interesting in that they are very focused on their consumers.

What are your goals for Hyatt?

When you think about what people are interested in right now, we are much more interested in experiences. Partly because of social, we share so many of our stories with so many more people now. That is a huge opportunity for the hospitality category. There is a huge opportunity for community when it comes to hospitality brands. If you are a Hyatt person, you begin to identify yourself [with the hotel] as you stay in one place. There is so much untapped potential, because the world is changing and there is room to innovate. Hyatt has this incredible brand. All those things mean new and different things as we move into the future.

What do you see as your biggest challenge moving forward?

Being patient. When you come into a new organization, you have to spend a good amount of time listening and learning, and you have to come up with that process for listening and learning. You have to take the time to understand the nuances before coming up with a plan forward. I have learned that lesson over time, and it is a particularly important one as I think I about this next stage.

You have two teenage children. Did that impact your decision to leave New York City for Chicago?

I was a kid who moved a lot for various reasons. As a mother –and I bet as a father too — you take into account [the children] as part of your consideration. It is such an incredibly important thing for your kids to experience living in different places. As hard as it might have been in the beginning, it makes you resilient. In today’s world, if you can’t be flexible and agile and go with change, you are at a disadvantage. None of us wants hardship for our children, but over time they will recognize they got something out of it.

What lessons do you hope your children learn from you making this move?

Being willing to go out of your comfort zone to continue to evolve and grow. That is an incredibly important part of everyone’s life and career path. I am more risk tolerant than most people, but one wouldn’t be human if you didn’t have anxiety about change. But you sort of just have to lean in and go with change.

Update: This story has been updated to clarify Gracia Matore’s role at Gannett after the split.