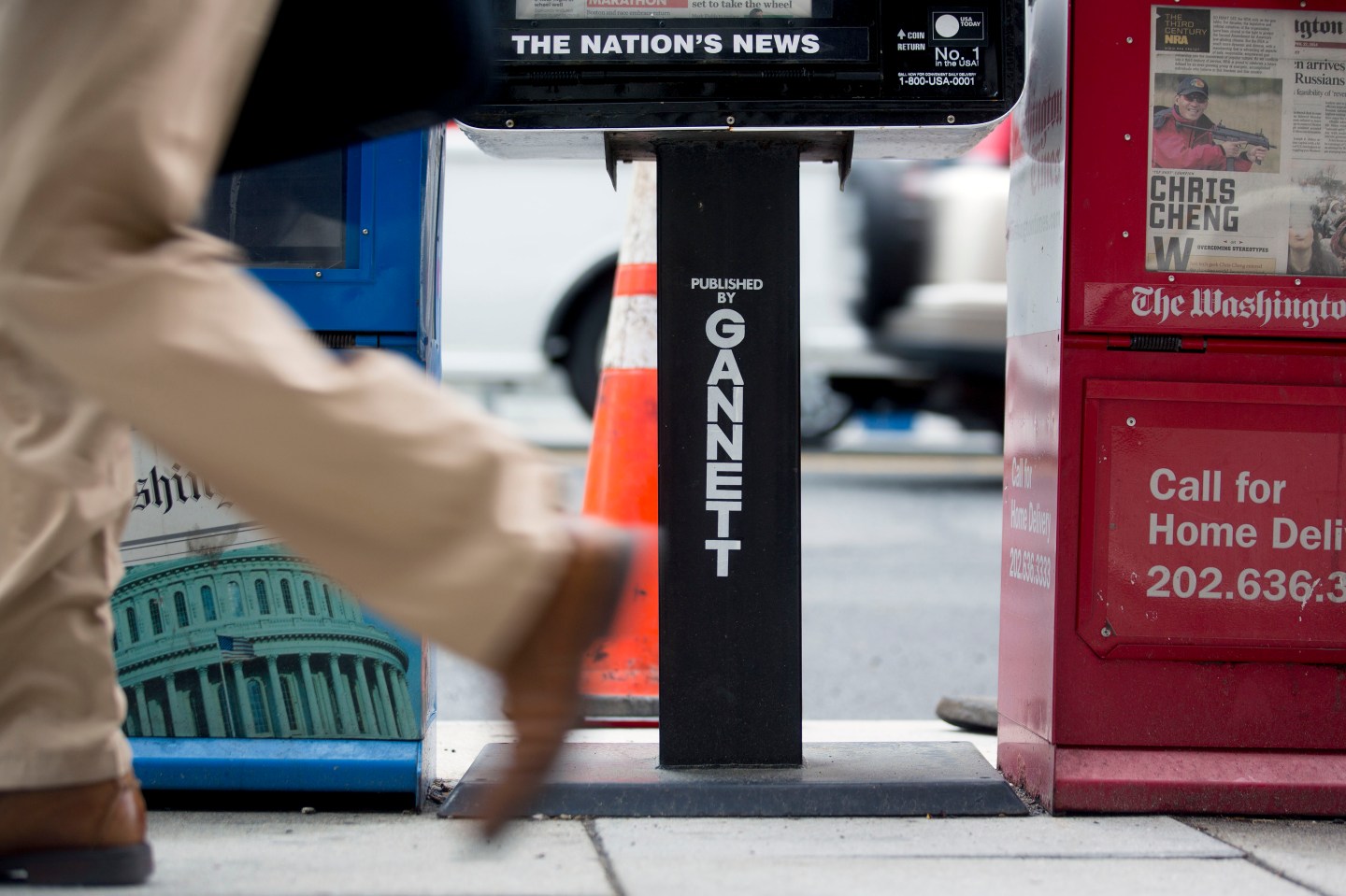 Gannett said Tuesday it plans to spin off USA Today and the rest of the company’s publishing assets, separating those assets from the broadcasting and digital businesses.

The move to split the media company’s assets comes just a few days after E.W. Scripps Co. (SSP) unveiled a similar plan. The two companies are following a move by Twenty-First Century Fox (FOXA), which spun off News Corp (NWSA), the owner of The Wall Street Journal and other print properties, a little over a year ago, while Time Warner (TWX) recently unloaded Time Inc. (TIME), which owns People, Entertainment Weekly, Fortune and other magazine properties.

Those spinoffs come at a challenging time for the publishing industry, which has struggled to adapt to the digital world as more readers look to social media, blogs and other web properties to get their news fix.

Gannett (GCI), the largest U.S. newspaper publisher, disclosed it would spin off its publishing company, which will retain the Gannett name, and is expected to remain headquartered in McLean, Va. The company operates 82 U.S. daily publications, as of the end of 2013, and print products reach more than 10 million readers every weekday and more than 12 million readers on Sundays. That company will be steered by Robert Dickey, who is currently president of Gannett’s U.S. Community Publishing division.

The publishing business will be “virtually debt-free after the separation,” Gannett said, with all the company’s existing debt retained by the broadcasting and digital company.

Meanwhile, the broadcasting and digital company, which has yet to be named, includes 46 TV stations and a digital business that includes Cars.com and CareerBuilder. Gannett confirmed on Wednesday that it had received the green light to pay $1.8 billion for the part of the auto site Cars.com that it doesn’t currently own.

“These acquisitions, combined with our successful initiatives over the past 2-1/2 years to strengthen our Publishing business, make this the right time for a separation into two market-leading companies,” said President and CEO Gracia Martore, who will lead the broadcasting and digital company following the separation.

The publishing segment is the largest business Gannett owns, recording $3.6 billion in revenue in 2013, though ad revenue last year tumbled 7% from 2012. Broadcasting revenue totaled $835 million last year, down 8% from 2012 as a result of the boost that year got from the Summer Olympics. The digital segment’s revenue grew 4% to $748 million, lifted by CareerBuilder.