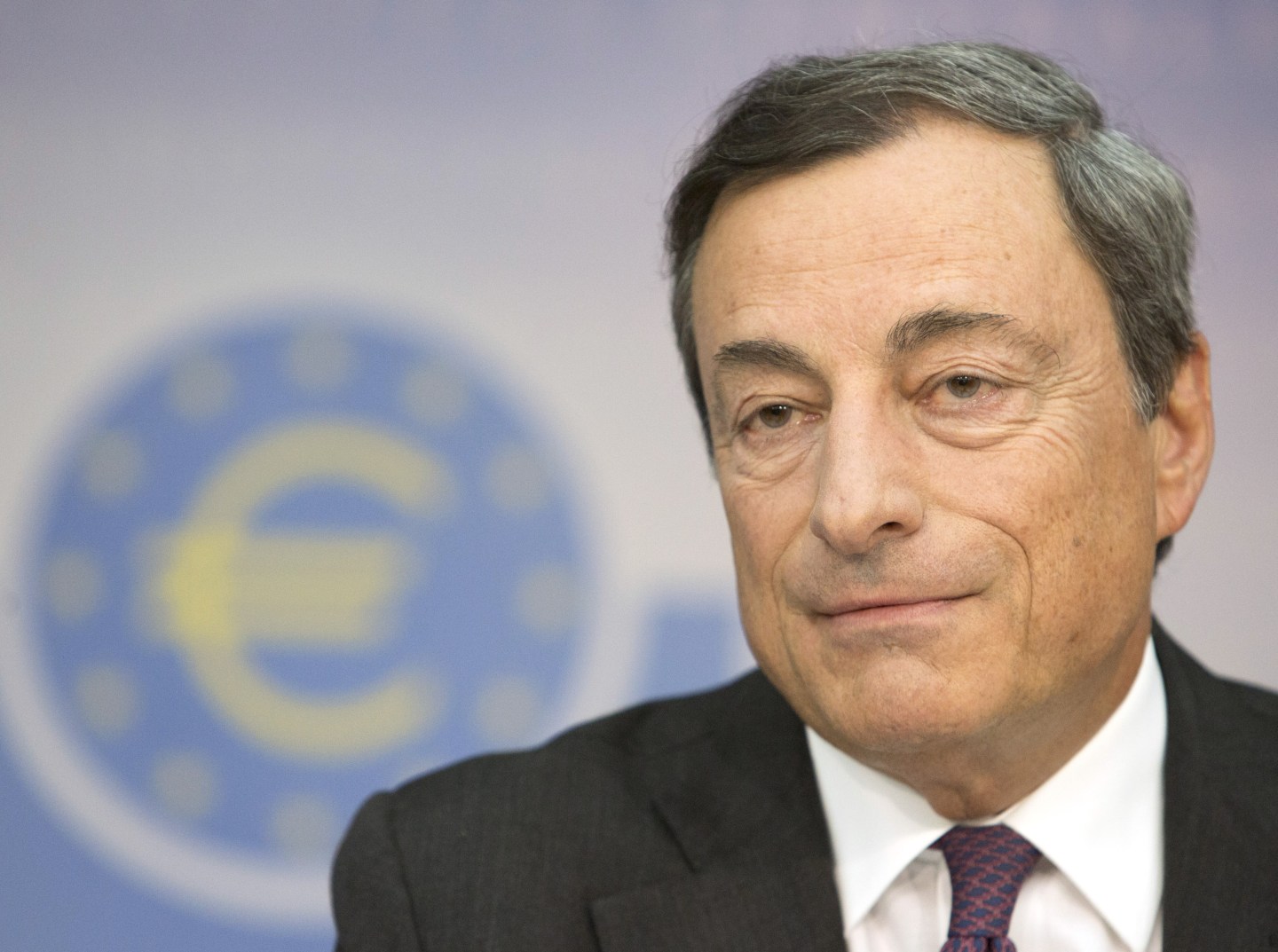 Mario Draghi, president of the European Central Bank (ECB), pauses as he speaks during a news conference to announce the bank's interest rate decision in Frankfurt, Germany, on Thursday, Sept. 4, 2014. The European Central Bank unexpectedly cut interest rates at today's decision to spur economic growth and stave off the threat of deflation. Photographer: Martin Leissl/Bloomberg via Getty Images
Photograph by Martin Leissl — Bloomberg via Getty Images

The euro fell to its lowest level against the dollar in nine years Monday, driven by fears of political turmoil in Greece and hopes for more monetary stimulus from the European Central Bank.

By lunchtime in Europe, the single currency had fallen to $1.1914 and has now fallen over 2c against the dollar since the start of the year.

It had already lurched lower on Friday, the first trading session of 2015, on the back of comments by ECB President Mario Draghi in an interview with a German newspaper saying that the risks of it undershooting its inflation target had increased. That added to speculation that the ECB will announce a bigger program of bond-buying, or so-called quantitative easing, at its first policy meeting of the year on Jan. 22.

The ECB is keen to play up that fact that its policy is getting easier even as the Federal Reserve prepares to tighten monetary policy in the U.S.. That outlook will keep the euro cheap on foreign exchange markets, helping the area to boost growth through the export channel.

Hopes for QE, coupled with pessimism over the Eurozone’s growth outlook, have already driven bond yields to unprecedented lows. Yields on German bonds are negative all the way out to 2019, while even Italy’s 10-year bonds yield only 1.79%.

The other factor weighing on the euro is the fear that the radical left-wing Syriza party will win Greece’s parliamentary elections at the end of January, starting a process that may lead to Greece leaving the Eurozone. The German magazine Der Spiegel reported at the weekend that Chancellor Angela Merkel was confident that the Eurozone could cope with a Greek exit.

That confidence is far from being universally shared by financial markets. Marc Ostwald, a strategist with ADM ISI in London, called a Greek exit “the ultimate example bar none of why the Euro project is doomed to failure if no progress on moving to some form of fiscal transfer union is made.”

The euro’s decline is only side of a general rally in the dollar. The dollar index, which measures the greenback’s strength against a basked of major world currencies (although, importantly, not China’s), is also at a nine-year high, after rising over 12% last year.