Sportfishermen cast for a bigger voice in government 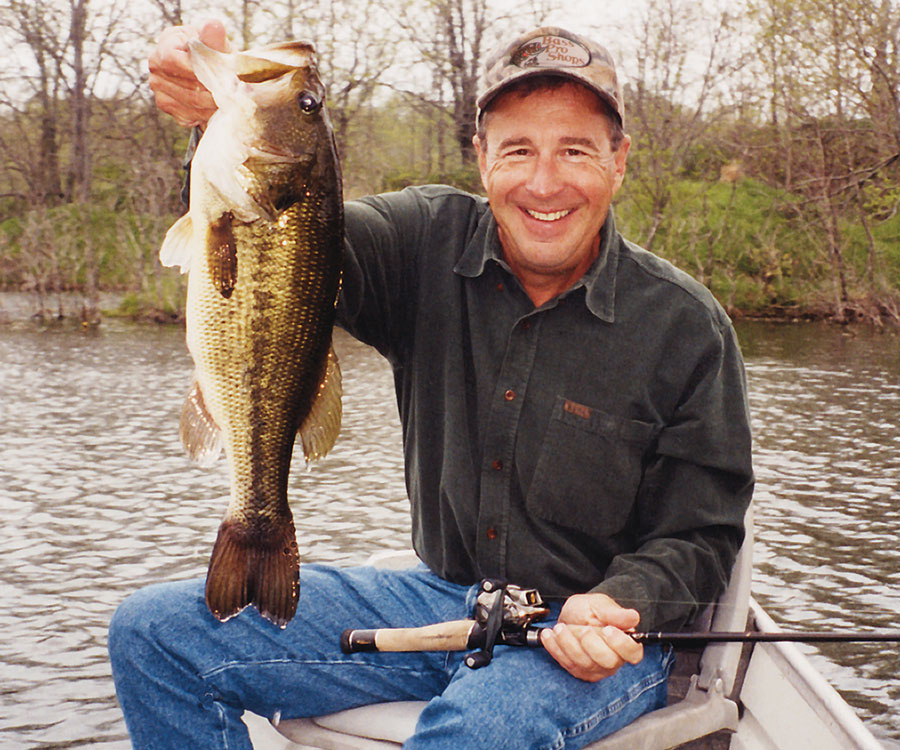 Johnny Morris, CEO of Bass Pro Shops.
Courtesy of Top of the Rock

When you think of fishermen, you probably don’t picture people in suits and ties sitting in meetings and drawing up reports for Congress. But that is what many in the recreational fishing world spent the past year doing.

The reason: in 2015, Congress is expected to update Magnuson-Stevens, the federal act that governs U.S. fisheries. That opportunity, known as “reauthorization,” has brought together sportfishermen—those who fish for fun or competition, rather than for commercial purposes—like never before.

They would like to see the fisheries law made more friendly to fishing hobbyists and the businesses that cater to them. Sportfishermen have long felt that the law focuses mostly on commercial fishing and does not sufficiently take into account the 11 million Americans who cast a line for fun each year.

Recreational fishing supporters point to their industry’s huge economic impact. The sport now generates $70 billion in spending, surpassing the $58 billion generated by commercial fishing, according to the National Oceanic and Atmospheric Administration (NOAA).

They also emphasize the number of jobs created by recreational saltwater fishing, a subset of sportfishing. From equipment sellers, to boat dealers, to small bait-and-tackle shops, the industry employs 450,000 people, compared to 381,000 jobs created by commercial fishing.

To get its voice heard, the recreational fishing community turned to two of its own, Johnny Morris, CEO of the giant fishing equipment chain Bass Pro Shops, and Scott Deal, president of Florida-based Maverick Boat Company. They created the Commission on Saltwater Recreational Fisheries Management, a private group known more casually as the Morris-Deal Commission. Last winter, the commission produced a report laying out the needs and priorities of the sportfishing industry, and submitted it to Congress.

“This is a big deal to us,” Deal tells Fortune. “And as is always the case, the forces that benefit inertia are going to do everything they can to keep it as low on the radar as possible. So we got together and said ‘Let’s get out in front of this.’ When you look at the actual jobs created, and the recreational angler versus the commercial angler, it paints a very telling tale.”

Despite such “us vs. them” talk, this battle is not about recreational vs. commercial fishermen. Rather, it is about an underrepresented group of citizens petitioning the government for a voice.

“I don’t think anyone opposes this process being more inclusive, as long as it continues to be a science-based system,” says Gavin Gibbons, spokesperson for the National Fisheries Institute, a trade group that represents the commercial seafood industry. “We’re happy to see reauthorization happen, but there are only minor tweaks we’d want to see.”

Among the sportfishing community’s complaints is that the law, as enforced by NOAA, is too rigid and inflexible about when a species is deemed “overfished.” Critics feel that the “seasons” for fishing a population are getting too short, and are too often abruptly closed.

Deal acknowledges that the current law has been effective at replenishing stocks that were identified as being at risk, but complains that it is “like a German soccer coach” who barks orders. “‘You will do this, you will do that,’” he says. “It doesn’t allow the fisheries managers any flexibility.”

One particularly hot-button example has been red snapper, a highly sought-after fish in both sport and commercial fishing. A few years ago, regulators labeled the species as overfished. Chris Macaluso, a director with the Theodore Roosevelt Conservation Partnership, a nonprofit that advocates for hunting and fishing, says government management of red snapper has been a reminder of the failings of the fisheries law and of NOAA. Over the last two years, the dates of the federal red snapper seasons have changed, often with little or no notice, he says.

“The onus is on rec fishermen to keep up with these ever-changing rules and regulations, and some of the changes seem to be rather capricious,” says Macaluso. “Five years ago, the recreational red snapper season was 180 days. Now, this year, because of lawsuits and all kinds of indecision, the recreational red snapper season in federal waters in the Gulf of Mexico was nine days long. And that wasn’t announced until a few days beforehand. What it creates is this derby-style fishing, a mad rush for everyone to get out there at once.”

Macaluso also faults NOAA for basing decisions on what he and others sportfishing supporters say is “crappy data.” But he places more of the blame on Congress. When the federal government created Magnuson-Stevens in 1976 it was to address commercial fishing, so it makes sense that, historically, the act put more of its focus there. But with the growth of recreational fishing, Macaluso says, “the economic impact has become greater and greater, and the law has not caught up.”

NOAA, meanwhile, has taken a respectful stance toward the sportfishing industry. In 2010, it held its first ever national summit for recreational fishing, and then a second one this year. The agency also sent representatives to the launch of the Morris-Deal Commission last February at the Miami Boat Show.

Russell Dunn, who holds a position that NOAA created in 2010 devoted to recreational fishing policy, acknowledges that policy makers had, over the years, proposed giving the act more of a focus on recreational fishing. But he says that those ideas “got lost in the bureaucracy.”

With NOAA’s recent outreach efforts to sportfishermen, and with Morris and Deal leading the charge, one obstacle remains: lawmakers. Members of Congress are still circulating a draft of the new fisheries law, which was originally expected to be passed in January. It was last revised in 2006 and expired in September 2013. But the two senators partnered up on the bill were Marco Rubio (R-Fla.) and Mark Begich (D-Alaska), who failed to get reelected during the midterms last month.

Speaking to Fortune in May, Begich had big plans for updating the fisheries law. He said that in the past, the law not only ignored recreational fishing, but also subsistence fishing—an important issue in his state in particular.

NOAA now says, in a statement sent to Fortune, “It is reasonable to assume that the recent election, including the loss of Senator Begich, has added uncertainty to the process… it remains unclear if the Administration will put forward a reauthorization draft bill.”

In other words, after all the efforts of Morris, Deal, and other sportfishing organizations, reauthorization of the fishing law is in limbo. And that means this story isn’t over yet.