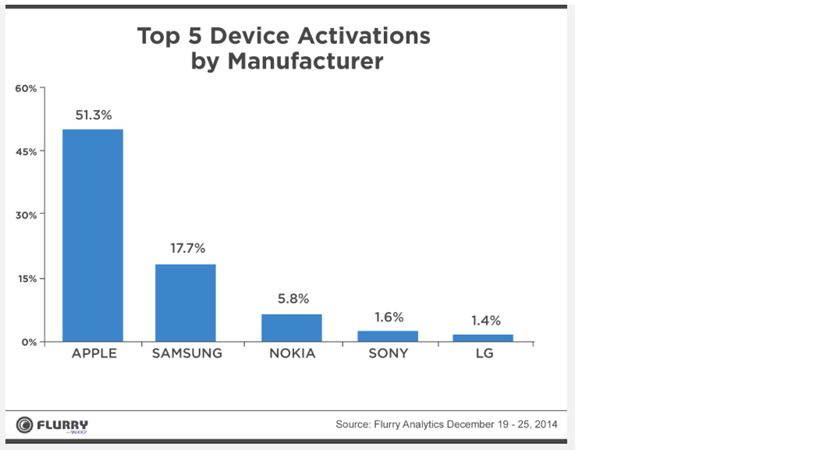 The also rans must be gasping for breath. It was bad enough for Samsung, Nokia (Microsoft), Sony and LG. But then things fell off steeply. Xiaomi, Huawei and HTC — three fast-growing Chinese manufacturers — all had less than 1% share on Christmas Day.

(Important caveat: This is based on Flurry’s count of new device activations. But Dec. 25, as Flurry is quick to point out, is not the biggest gift-giving day in the Asian markets where Xiaomi et al. are strongest. They’ll get theirs on Feb. 19, 2015, Chinese New Year.)

Below: The market deconstructed according to screen size. Phablets seem to have swallowed small tablets this Christmas. Much of that, I suspect, would have been Apple cannibalizing itself, with the iPhone 6 plus eating iPad mini sales.