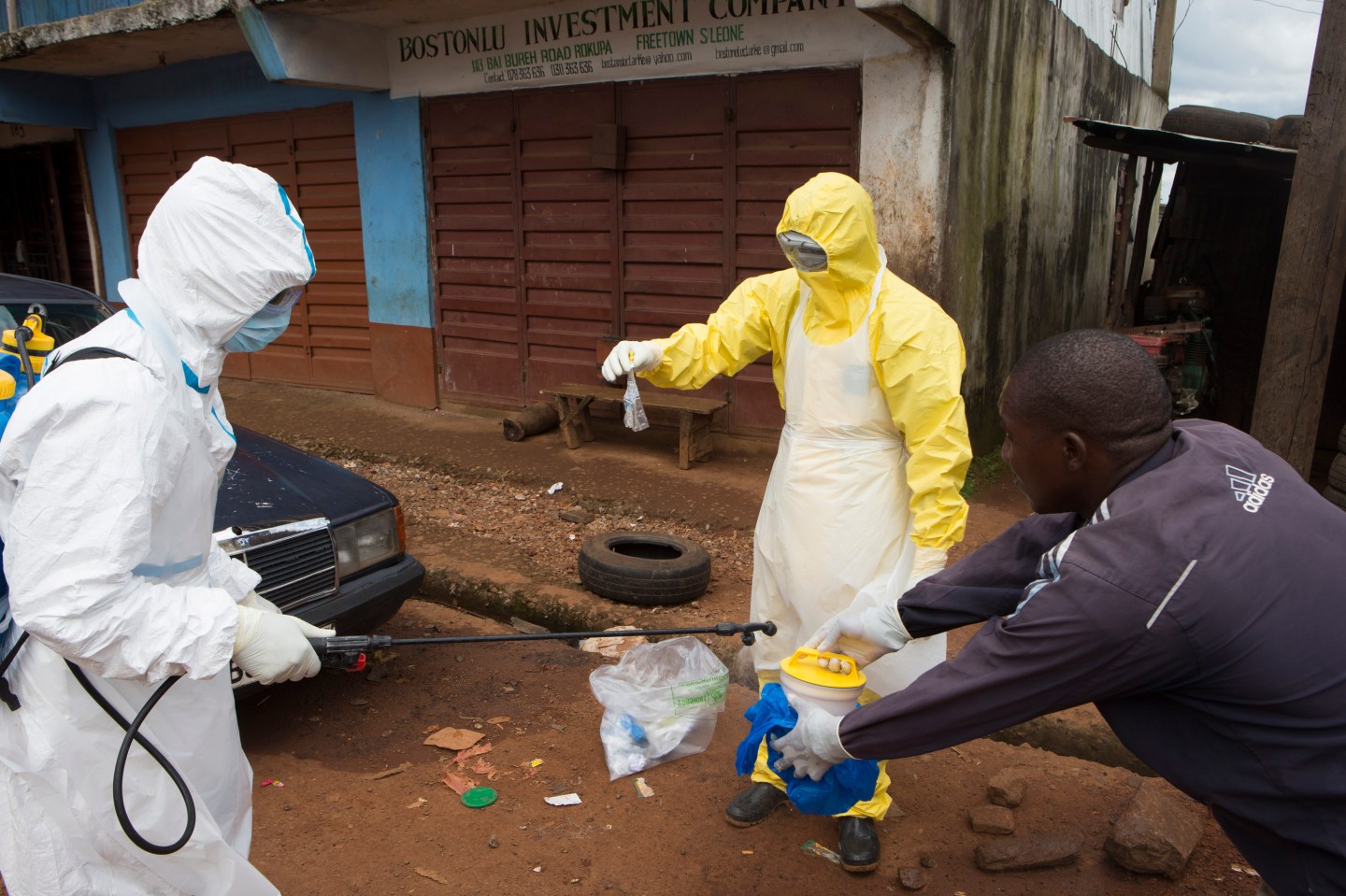 Health workers in protective equipment handle a sample taken from the body of someone who is suspected to have died from Ebola virus, near Rokupa Hospital, Freetown October 6, 2014. More than 4,000 people have died of the viral haemorrhagic fever in West Africa, mostly in Liberia, neighbouring Sierra Leone and Guinea. Picture taken October 6, 2014. REUTERS/Christopher Black/WHO/Handout via Reuters (SIERRA LEONE - Tags: DISASTER HEALTH TPX IMAGES OF THE DAY) ATTENTION EDITORS - THIS PICTURE WAS PROVIDED BY A THIRD PARTY. REUTERS IS UNABLE TO INDEPENDENTLY VERIFY THE AUTHENTICITY, CONTENT, LOCATION OR DATE OF THIS IMAGE. FOR EDITORIAL USE ONLY. NOT FOR SALE FOR MARKETING OR ADVERTISING CAMPAIGNS. THIS PICTURE IS DISTRIBUTED EXACTLY AS RECEIVED BY REUTERS, AS A SERVICE TO CLIENTS - RTR4A0M3
Photograph by Reuters

Roche Holding AG has received permission from the U.S. Food and Drug Administration for emergency use of a test to detect the type of Ebola that has spread through West Africa.

A test called RT-PCR, which stands for reverse transcriptase polymerase chain reaction, is now in use to diagnose the disease. The test uses DNA analysis to detect the disease and typically takes about six hours to return results.

The FDA has granted an emergency use designation, which means that certain lab facilities in the U.S. and other countries are able to use the test for a limited period. The LightMix test, which is being produced by TIB Molbiol GmbH, hasn’t been approved for general use.

The current Ebola outbreak is the world’s worst to date. The global death toll has grown to 7,588, and almost 19,500 patients have been infected since the epidemic took hold in West Africa nearly a year ago, according to the World Health Organization.