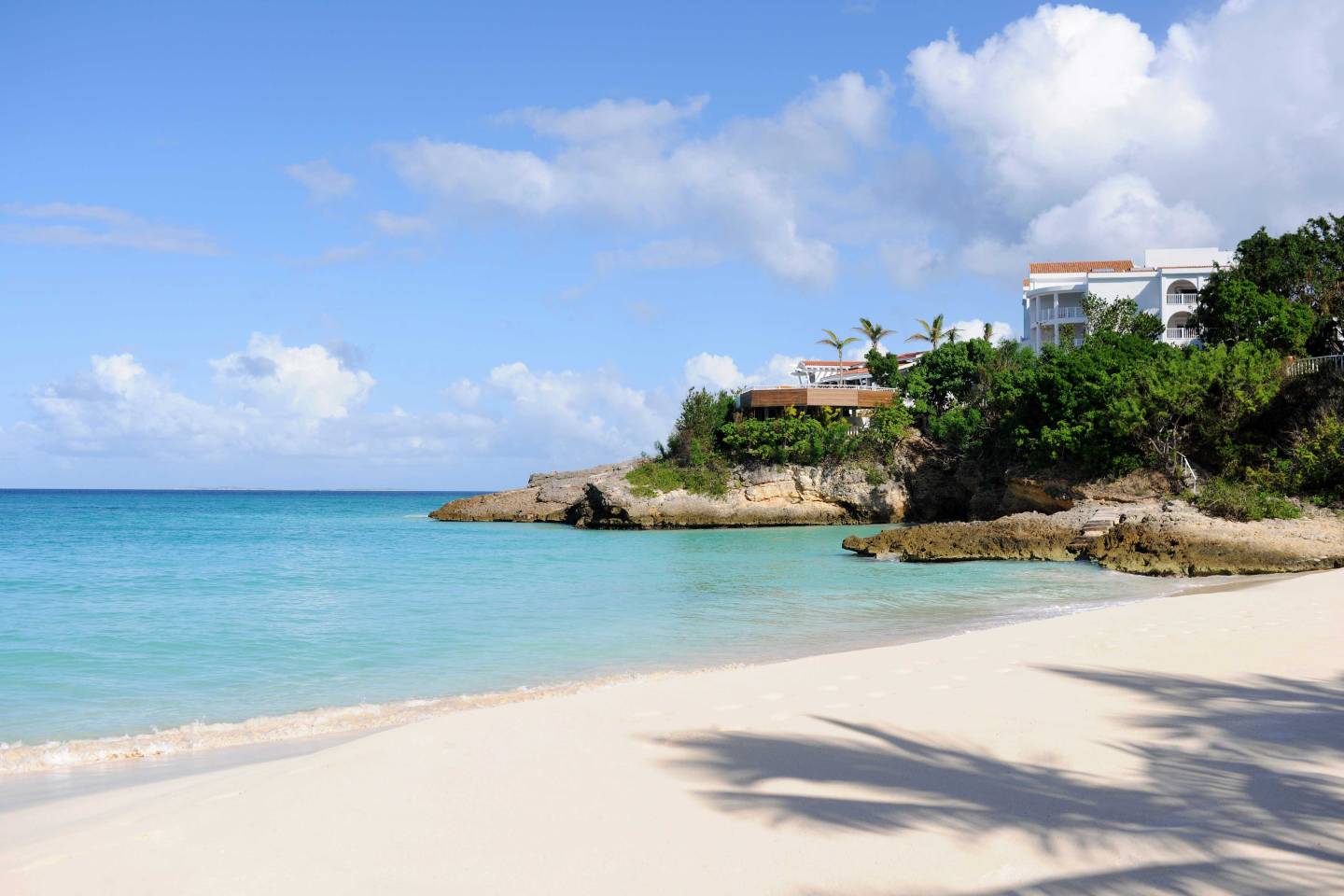 On November 1st, 1984, English garment baron Leon Roydon and his landscape designer wife, Annette, welcomed the first guests to Malliouhana, the resort that would put Anguilla, a sun-bleached, coral-and-limestone atoll in the Lesser Antilles, on the American yacht-and-seaplane circuit.

“The hotel is classy, unmistakably sensual and unquestionably expensive,” the L.A. Times wrote. “Breezes sweep across the alfresco dining deck, where you’ll dine on imported French china and drink fine wines from long-stem crystal goblets (with a breakage factor that is rumored to be about 5,000 pieces a season). Silver service is the policy, especially during winter months.”

A 40-foot cruiser, Dakota, ferried guests to hidden coves. Tycoons in training explored the life-sized pirate ship ‘sunk’ into the kiddie pool. A Parisian chef served lobster consommé en croute and green papaya étuvée, and the wine list was 73 pages of French bottles, one-and-a-half of American. Malliouhana charmed the right people, and it became a favorite Caribbean destination, but by two decades and change later, it had fallen off the jet set’s radar and in 2011, closed.

Now, 30 years to the day after the Roydon clan opened Malliouhana, the hotel has been reborn under the auspices of Auberge Resorts, whose portfolio includes Auberge du Soliel in Napa, Hotel Jerome in Aspen, Esperanza in Cabo and other seminal properties. Fortunately, the 18-month, $80-million renovation has been respectful, updating rather than overhauling the compound of white Moorish pavilions, which sit on the same enviable perch, on a bluff overlooking the turquoise waters of Meads Bay and Turtle Cove.

“What makes Malliouhana special is what [Roydon] had already done in the past,” general manager, John Vasatka says. “The reputation, the location. We’re using the same square-footage for the rooms. He built wonderfully large rooms and bathrooms.”

You can consume the real thing at the Restaurant, which continues Malliouhana’s legacy of fine dining under a new chef, Jeremy Bearman, a veteran of the Michelin-starred Rouge Tomate in New York and L’Atelier de Joel Robuchon in Las Vegas. On the open-air deck, whipped banana meets curried goat sausage, Scotch Bonnets flame uni-buttered garganelli and guava-basil gêlée sweetens lemon panna cotta. After dinner, Anguillan crops find their ways into the cocktails at the Sunset Bar. The next morning, they’re in your breakfast smoothie and in your spa treatment. Is that mango sugar a foot scrub or a margarita rimmer…? Only your therapist knows.

“In the islands it’s pretty rare to get a consensus on anything, whether it’s a new hotel or a stop sign.” Vasatka, who’s been working in the Caribbean since 1996, would know. “But from former guests to civil servants to customs officials, everyone has been nothing but supportive in getting Malliouhana back open.”

The resort was so fondly remembered, 50% of the former staff came back, eight of which started at Malliouhana as teens. Albert Lake, who started as a room service runner at 17, is one. He’s now the Restaurant’s sommelier—and pouring a lot more new world wine than during the resort’s original incarnation.