How to bet on an oil rally 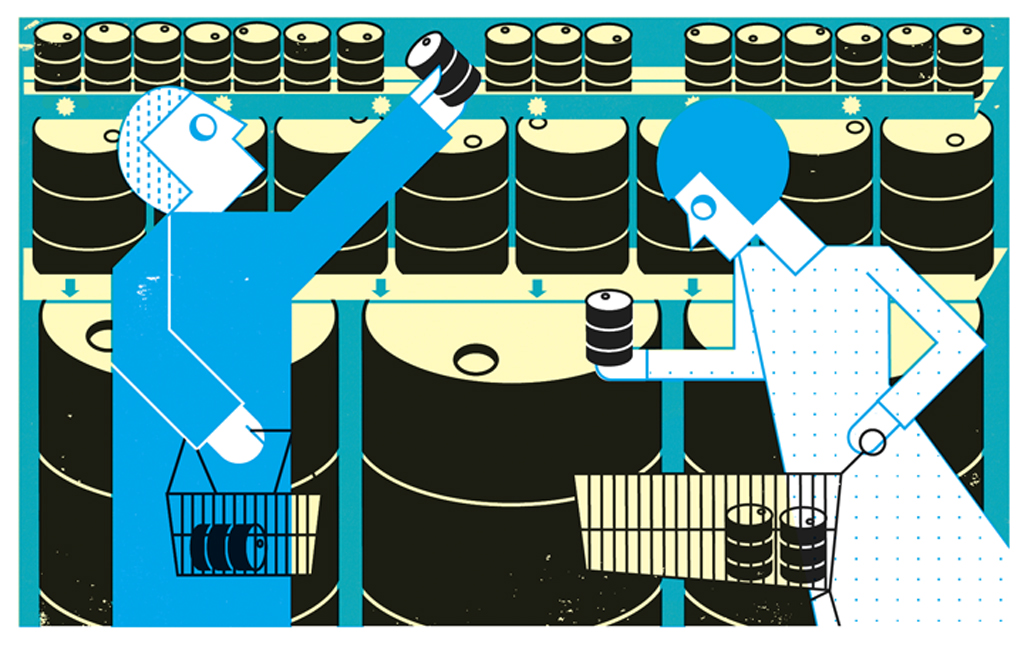 As oil prices plunge to five-year lows, investors have been fleeing energy stocks. While the S&P 500 index had gained 8% in 2014 through mid-December and was hovering near all-time highs, the S&P 500 Energy index had fallen by almost 20%. And the carnage has been even worse for smaller energy companies: The S&P SmallCap 600 Energy index dropped 45%. But many experts say that the bloodbath has been overdone and that now is an opportune time for investors with a high risk tolerance to start nibbling on small-cap energy stocks.

Crude prices have collapsed thanks to a glut of supply and slowing demand in China and Europe. In late November the Organization of Petroleum Exporting Countries made matters worse by leaving its oil output unchanged. That has caused analysts to ratchet down their oil price predictions. Morgan Stanley analyst Adam Longson recently forecast that average prices for Brent crude, a gauge of global prices, will stay below $70 a barrel until the third quarter of 2015.

While it’s impossible to know how far oil prices will fall before bottoming out, Sam Stovall, chief U.S. equity strategist at S&P Capital IQ, says history indicates that when small-cap energy stocks have been beaten down to today’s extent, the ensuing rebound has typically been dramatic. Stovall notes that on the six occasions since 1995 when the relative strength of the S&P SmallCap 600 Energy index has dropped to current levels, the subsequent returns for the index have outpaced the broader small-cap stock universe by an average of 24.2 percentage points over the next 12 months and a whopping 81 percentage points over two years.

Analysts recommend that investors focus on companies with below-average costs and solid balance sheets. One that fits that description is Precision Drilling (PDS), Canada’s largest oil and gas drilling contractor and a big operator in the U.S.; it plans to cut its capital spending next year by 44%. CIBC analyst Jon Morrison notes that the company has a high-quality drilling fleet and is “one of the most efficient operators in North America.”

A pair of U.S. producers are similarly attractive. PDC Energy (PDCE) of Denver recently announced that it would be both cutting costs and improving production in 2015 by more than analysts had expected. Credit Suisse analyst Mark Lear, who has an outperform rating on the stock, notes that on a price/earnings basis, the stock is trading at a discount to its peers. And Houston-based Sanchez Energy (SN) has reduced its planned capital spending by 25%. SunTrust analyst Neal Dingmann says the company’s South Texas Eagle Ford shale operations have “some of the best economics in the U.S.”