Sony works for third day to restore PlayStation after attack 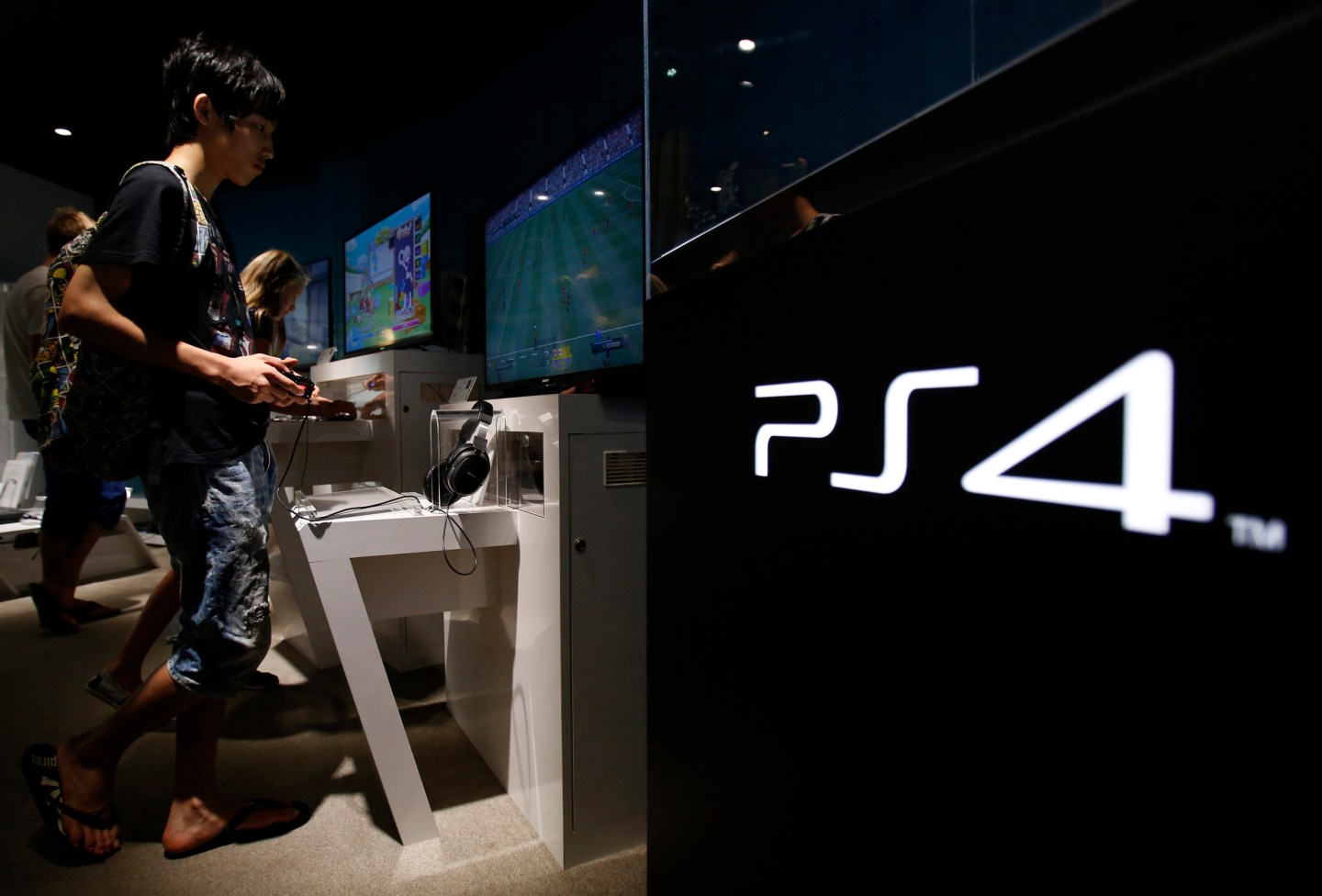 A man plays a video game on Sony Corp's PlayStation 4 console at its showroom in Tokyo July 16, 2014. Japan's Sony Corp is hammering out plans to rise from the ashes of nearly $10 billion lost in six years by building a future around its last consumer electronics blockbuster - the PlayStation. Sony plans to reposition the video console warhorse as a hub for a network of streamed services, according to three senior officials, offering social media, movies and music as well as games. The executives spoke to Reuters on condition they not be named because the matters are still in early stages of discussion. Picture taken July 16, 2014. REUTERS/Yuya Shino (JAPAN - Tags: BUSINESS) - RTR40G14
Photograph by Yuya Shino — Reuters

(REUTERS) – Sony Corp worked for a third day on Saturday to restore services to its PlayStation online gaming network after a Christmas Day cyberattack shuttered access to some customers, including holiday recipients of new game consoles.

“If you received a PlayStation console over the holidays and have been unable to log onto the network, know that this problem is temporary and is not caused by your game console,” Sony executive Catherine Jensen said in a Saturday posting on the company’s U.S. PlayStation blog.

She said the problems were the result of “high levels of traffic designed to disrupt connectivity and online game play,” a technique widely known as a distributed denial-of-service, or DDoS.

It was Sony’s second recent high-profile encounter with hackers after an unprecedented attack on its Hollywood studio, which Washington has attributed to the North Korean government and linked to the release of the low-brow comedy “The Interview.”

Sony spokeswoman Jennifer Clark declined to say how many of PSN’s 56 millions users could not gain access to the network.

One person tweeted: “You keep repeating this same line like a parrot. WHAT exactly is the team doing?”

“That’s OK. We know you’re trying your best,” another said via Twitter. “We all hate the hackers that did this.”

A hacker activist group known as Lizard Squad said it was responsible for the PSN outage as well as delays on Microsoft’s Corp’s Xbox network; Microsoft quickly fixed the problem.

“The attackers have no motive whatsoever for their DDoS attacks against Sony or Microsoft,” he said.

The group has claimed responsibility for previous cyber attacks, including ones on PSN in early December and August.

The attack in August coincided with a bomb scare on a commercial jet in which Lizard Squad tweeted to American Airlines that it heard explosives were on board a Dallas-to-San Diego flight carrying an executive with Sony Online Entertainment.

Sony has been the victim of some of the most notorious cyberattacks in history. Besides the breach at its Hollywood studio, hackers stole data belonging to 77 million PlayStation Network users in 2011.