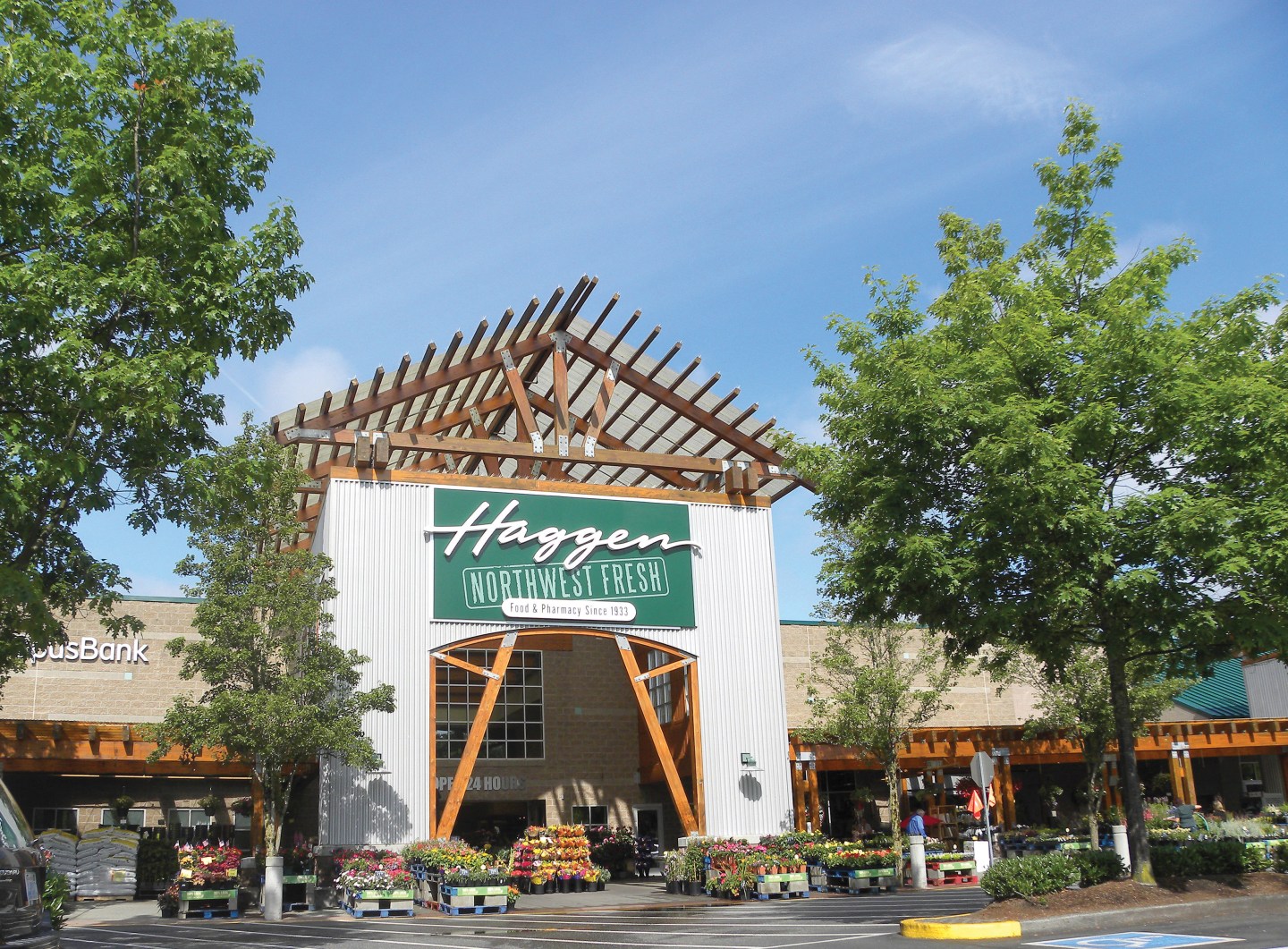 Thanks to the $9.4 billion merger of Albertson’s and Safeway, a sizable new grocery chain will soon spread across several Western states, one that will compete with the likes of Whole Foods (WFM) and Trader Joe’s.

Haggen, an 18-store chain in the Pacific Northwest, plans to purchase 146 stores owned by Albertson’s and Safeway (SWY), two giant, mid-market chains that are merging to better compete with industry leader Kroger (KR). Those companies this week announced which stores they are divesting under orders from the Federal Trade Commission to assuage antitrust concerns. Haggen is buying by far the most of the 168 stories being divested, with the rest going to a handful of other companies including Supervalu and Associated Wholesale Groceries.

Haggen will transform the stores it is buying into the very kind that are posing major competitive challenges to the likes of Albertson’s, Safeway, and Kroger. As consumers continue to eschew mid-market grocers in favor of stores with more of a natural (Whole Foods) or specialty (Trader Joe’s) image, the big, traditional supermarkets have been slow to respond.

Haggen, which had been family-owned since the 1930s, sold itself in 2011 to the private-equity outfit Comvest Group, a Florida-based buyout shop. That firm immediately embarked on a rebranding campaign, renaming the stores Haggen Northwest Fresh, remodeling stores and giving them more of a local focus, and adding fresh and prepared products, many of them locally sourced. The chain plans to do the same as it expands from Washington and Oregon into Arizona, California, and Nevada, where a new, separate CEO, Bill Shaner, will head be in charge. Current CEO John Clougher, who joined the company in September, will remain head of the Washington and Oregon stores.

The terms of the sale to Comvest were not disclosed; nor were the terms of the acquisition of the new stores, which will enlarge the chain by more than 700% in terms of the number of outlets. Its employee headcount will rise from 2,000 to 10,000.

The chain of course is dwarfed by giants like Kroger and Albertson’s. Kroger, with a nearly 10% share of the grocery market, operates more than 2,600 stores, and the combined Albertson’s and Safeway will operate about 2,400. Nonetheless, chains like Haggen are expanding, while the giant supermarket outfits are hunkering down and merging as consumers’ tastes continue to change. The formerly sleepy Trader Joe’s has approximately doubled its number of stores in the past decade, and now operates 418 locations, as of last May. And it tends to be far more profitable on a per-store and per-square-foot basis than traditional grocers, and even Whole Foods. Whole Foods, meanwhile, was operating 387 stores, as of July.

Other similar chains and independents represent the strongest area of growth in the grocery business. Meanwhile, on opposite side of the mid-market grocers, Wal-Mart (WMT)(by far the country’s largest grocer, with 30% of the market), Costco, and other discounters and warehouse grocers are stealing away price-conscious consumers. At the same time, grocery-delivery outfits like Amazon Fresh are starting to make inroads. Shoppers are finding fewer and fewer reasons to shop at a traditional grocery store.

The challenges facing traditional grocers were starkly revealed last year when Safeway decided to close all 72 stores of its Dominick’s chain in Chicago. Nobody was interested in buying the chain as a whole, so the stores had to be unloaded piecemeal. The biggest buyer was Whole Foods.

The traditional grocers are beginning to make changes, offering a more diverse product mix, more organic and locally sourced foods, and more fresh and prepared items. And in some cases, they’re buying their way in—as when Kroger acquired the upscale chain Harris-Teeter more than 200 stores a year ago.

But the challenges will remain for Kroger, Albertson’s, and all other similar chains. They are expected to lower prices to retain current customers, while also upgrading stores and improving to lure new ones. But in the volatile, tiny-margin world of retail groceries, there will be only so much they can do. The future might belong to chains like Haggen.