China’s economy is worth $300 billion more than it thought 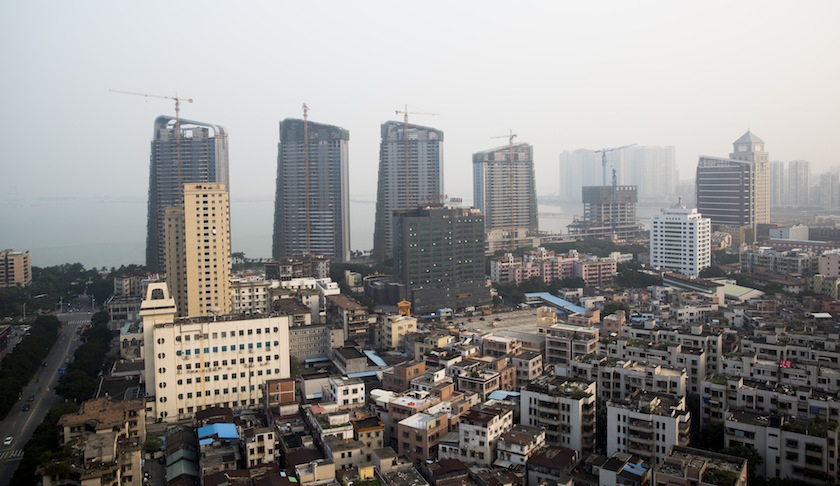 Cranes operate at a residential construction site in the Gongbei district of Zhuhai, Guangdong province, China, on Friday, Nov. 14, 2014. Investors piled into Shanghai shares on the first day of exchange-link trading, buying the maximum amount allowed in a sign of global demand for mainland equities as China opens up its $4.2 trillion market. Photographer: Brent Lewin/Bloomberg via Getty Images
Photograph by Brent Lewin—Bloomberg via Getty Images

China just discovered an economy the size of Malaysia’s hiding down the back of the sofa.

The National Bureau of Statistics said Friday that gross domestic product was 3.4% higher in 2013 than original estimates, after recalculating its figures under a new methodology.

The revision is a fresh reminder of how quickly the Chinese economy is catching up with the U.S.’s. Although China’s nominal GDP is still barely half of the U.S.’s $16.77 trillion, when measured at purchashing-power-parity (that is, adjusted to reflect its lower general price level) it overtook the U.S. sometime this year, according to the International Monetary Fund and World Bank.

In per-capita terms, of course, the U.S. remains far ahead, even when adjusted for PPP.

The new figures, if anything, still understate the size of China’s economy, analysts say. Beijing, which disputed the IMF/WB findings, likes it that way: not only does it make it look less threatening to its smaller neighbors, but being considered a ‘poorer’ country allows it to plead to be excused the responsibilities of global leadership, whether in carbon dioxide emissions or security in the Middle East.

In their new estimate, the bean-counters in Beijing chose not to apply a new internationally-agreed standard called the System of National Accounts, which would given more weight to services and to investment in fixed assets.

Even so, the NBS’s new data suggested that the government had been more successful than it thought in refocusing the economy on domestic demand and away from export-oriented manufacturing. The share of services in GDP was revised up to 46.9%, while manufacturing was cut to 43.7% from 43.9% and the share of agriculture, energy and mining fell to 9.4% from 10%.

The figures will have little immediate impact on the discussion regarding China’s current slowdown, which has led to calls for the government and central bank to do more to support growth. Industrial output growth fell to 7.2% in November from 7.7% in October, and house prices continued to fall in almost all of the country’s 70 largest cities.

However, the new data do have one big implication for Beijing, according to consultancy Rhodium Group. A higher base makes it more difficult to carry on generating growth of 7% or more.

“The old-line growth model with diminishing returns looks all the more wasteful in light of the renewed GDP figures,” Rhodium said in a blog post ahead of the release. “In China’s new reality, securing economic growth is no longer a valid excuse for stalling on reform; growth can only be achieved through deeper restructuring and liberalization.”