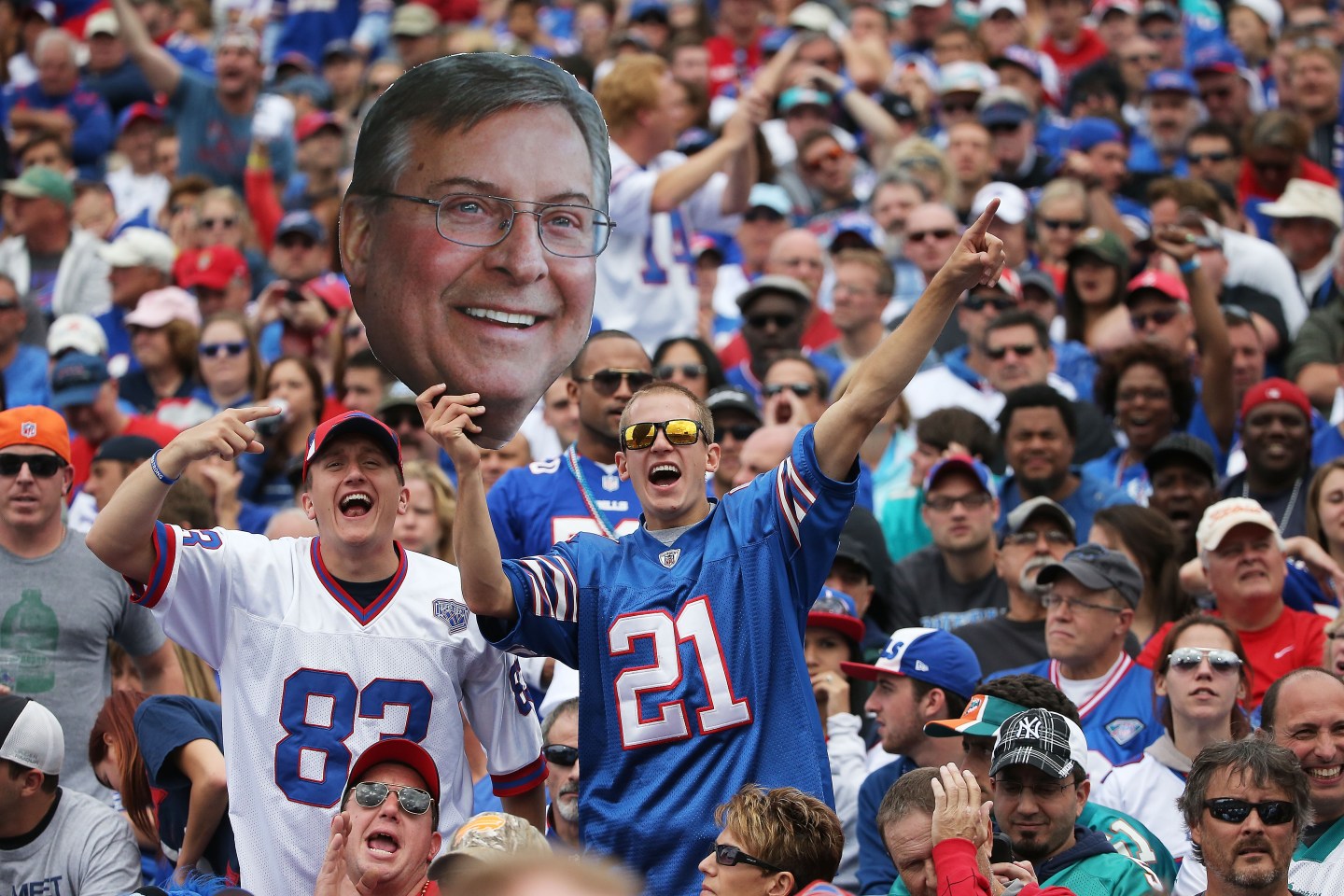 This year’s sports deals were nearly as fascinating as what happened on the field. Who can forget the drama over the Los Angeles Clippers and its owner’s racist comments? Or how about LeBron James’ tortured decision about where to play? Throw in a few big Major League Baseball player contracts along with some gigantic television contracts, and you have yourself a championship season of wheeling and dealing.

“It’s been a really robust year,” said Vince Gennaro, the director of Columbia University’s sports management graduate program and president of the Society for American Baseball Research. “I think it shows the increasing value of sports as an asset and in terms of popularity among the fan base and advertisers.”

“We’re seeing sports as the galvanizing force that unites advertisers and fans,” he added.

Here’s a look at some of the biggest and most newsworthy sports business stories of 2014.

In August, Microsoft's (MSFT) former CEO Steve Ballmer paid $2 billion for the Los Angeles Clippers after the team's previous owner, Donald Sterling, made racist comments that got him banned from the NBA. The hefty price tag is the biggest ever for an NBA franchise, beating out the $550 million sale of the Milwaukee Bucks earlier this year.

Gennaro, from Columbia University, explained that Ballmer probably overpaid for the deal with the $2 billion price tag, but did so with the hope that the team's value would skyrocket in coming years.

With that, James, the Akron, Oh. superstar, announced that he'd move from the Miami Heat to the Cleveland Cavaliers as a free agent. The four-time MVP and two-time NBA champion signed a two-year, $42 million deal with the Cavaliers, according to the NBA. Miami fans were, of course, disappointed. But Cleveland fans, jilted by James when he left his home team in 2010, were ecstatic.

In another basketball storyline, the NBA signed a $24 billion, nine-year deal with Disney (DIS) and Turner Broadcasting in October. Disney's ESPN and Turner will pay the NBA approximately $2.6 billion annually starting with the 2016-17, according to Deadspin. The current deal, which kicked off in 2006, is for $930 million each year.

"The Walt Disney Company and Turner Broadcasting share responsibility for the growing popularity and interest the NBA enjoys, and we are thrilled to extend our partnerships," said Adam Silver, the NBA commissioner.

4. Giancarlo Stanton scores the biggest MLB contract, with an asterisk

Miami Marlins baseball team owner Jeffrey Loria, left, watches as Giancarlo Stanton signs his record $325 million, 13-year contract at a news conference Wednesday, Nov. 19, 2014, in Miami. The contract is the most lucrative for an American athlete and the longest in baseball history. (AP Photo/J Pat Carter)

Major League Baseball star outfielder Giancarlo Stanton extended his contract with the Miami Marlins in November for a record $325 million over 13 years. The deal has been dubbed the largest in North American sports history, according to CBS, and is bigger than Miguel Cabrera's $292 million contract earlier this year with the Detroit Tigers and Alex Rodriguez's $275 million contract signed in 2007 with the Yankees.

The deal gives Stanton $107 million during the first six years, with an option to then opt out. He'll receive $218 million for playing the next seven years. Gennaro said that while it "looks like the biggest deal ever" on paper, it's important to note the opt out clause. It's not "apples to apples" with some of the other big deals since Stanton may never collect all that money. After he plays those first few years, he can break the contract and leave.

5. The biggest TV deal in women's sports goes to tennis

The Women's Tennis Association (WTA) secured what it's calling the biggest media rights contract for women's sports that includes a beefed up broadcast offering on Dec. 9. The WTA will pay PERFORM, a digital media company that helps with content distribution, live streaming and advertising, $525 million over 10-years to deliver the 2,000 main draw singles matches played throughout the year. "This is a game-changing and historic moment for our fans and for women's sport," WTA CEO Stacey Allaster said in a statement.

Gennaro said: "I think it's fantastic. I think to see women's sports rise to the level where we can be talking about these types of dollars, it means we've broken through a barrier. That's really exciting; that's exciting for women as athletes. I think it's very empowering."

Kim, left, and Terry Pegula are introduced as the new owners of the Buffalo Bills as they pose for members of the media on the football field at Ralph Wilson Stadium in Orchard Park, N.Y., Friday, Oct. 10, 2014. (AP Photo/Gary Wiepert)
Terry Pegula, the billionaire owner of the Buffalo Sabres professional hockey team, bought the Buffalo Bills NFL franchise earlier this year with his wife Kim for a whopping $1.4 billion. He was reportedly brought to tears when announcing the deal. "I was humbled by you, the fans, with the outpouring of emotion that I saw when our name was announced as the winner of the bid," he said at the October press conference. "I know there's been comments about how much I paid for the team. I want to ask our fans if I overpaid, because I know what they're going to tell you."