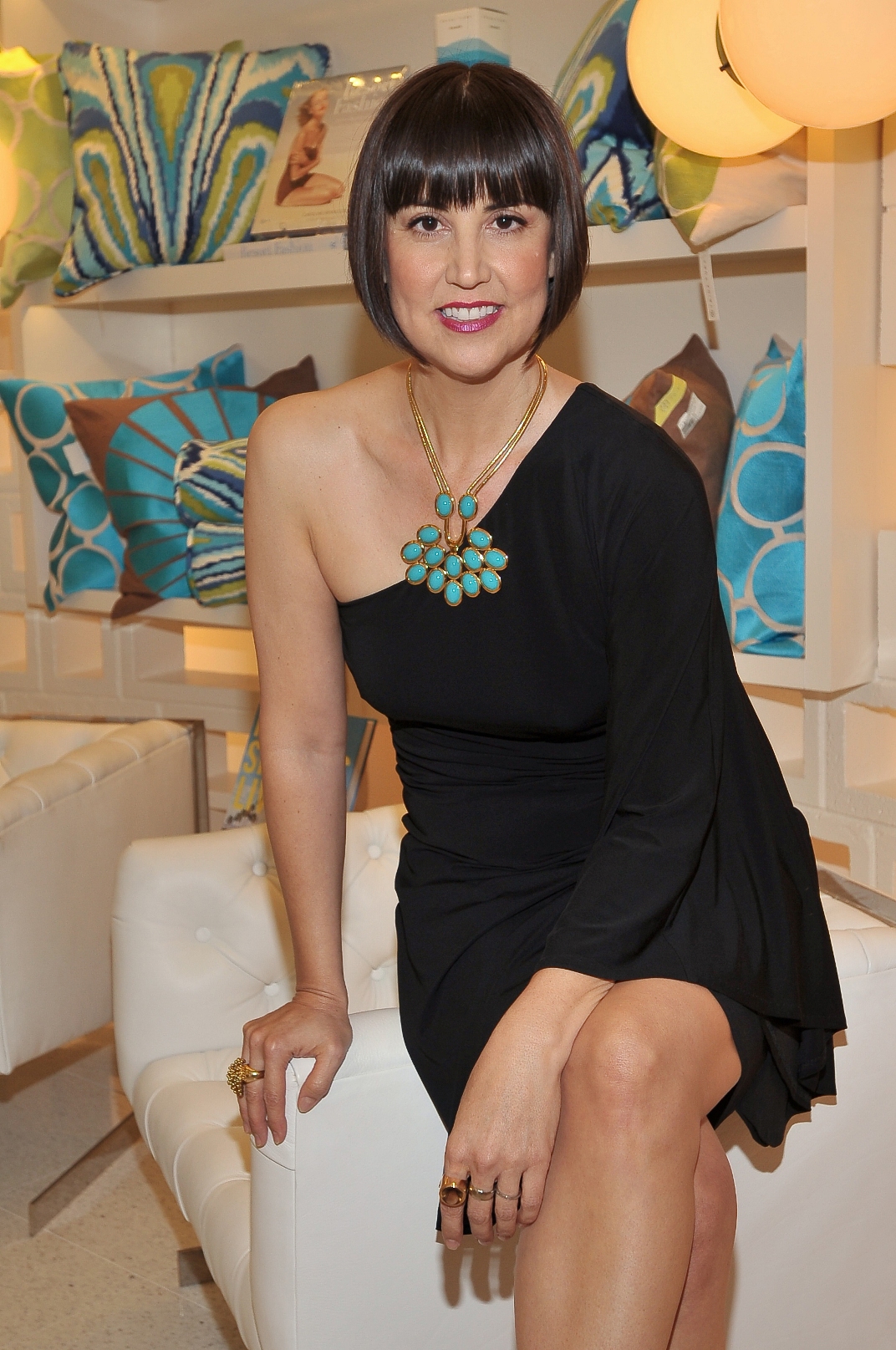 For women’s contemporary clothing designer Trina Turk, slow and steady growth is always in style. Her eponymous brand turns 20 in 2015, and Turk’s flagship Palm Springs boutique is now one of 11 total namesake shops across the country. The two newest stores, in Houston and nearby suburb The Woodlands, opened in November. In the past few years, Turk partnered with brands including Banana Republic (GPS) and Chandon, designing limited edition lines and champagne bottles. She also designed swimwear for another quintessential California girl, Malibu Barbie (MAT).

With an eye for fashion from an early age, her path to success has been relatively seamless. Turk’s mother taught her to sew when she was 11. In high school, Turk became obsessed with secondhand stores. “Vintage shopping is a great educator in construction, quality, how a garment can be made,” she says. A textile class in design school further informed her understanding of what fabric will and won’t do. “In the back of my mind, I thought, it’d be so great if I could buy whatever fabric I wanted and make something I’d actually want to wear.”

That would end up being one of her biggest challenges. Turk began her career at a series of juniors companies, working on jeans at Brittania and color-blocked board shorts at Ocean Pacific. “The juniors market was different back then,” Turk says, recalling two decades ago when department store juniors sections dominated and fewer retailers like H&M and Forever21 existed to cater to the fast fashion teen demographic. There was greater selection, but the quality was poor. “I was always interested in fabric, and I was so disappointed at the fabrics we could use. I wasn’t the customer. I wasn’t wearing what I was creating,” Turk says. “I learned a lot; I learned the business. But it wasn’t where my head was at.”

After hemming and hawing, her husband, the stylist and fashion photographer Jonathan Skow, encouraged her to start her own line. “It was very, very humble beginnings,” Turk explains. When she launched the company in 1995, “I worked out of our house. We didn’t have any financial backing. Today, I don’t even know if you could do it. I think the whole world and the whole fashion industry is way more corporate.”

She didn’t even imagine how big her empire would grow. “In addition to having humble beginnings financially, my initial vision was smaller than what was possible,” she says. Turk wanted to work for herself, escape the fashion industry grind, and use high-quality materials in fun, funky colors. She wanted to produce a small collection, “Something I would wear—that’s as far as I was thinking.”

She began with ready-to-wear. That soon spun out into other divisions. “Once we became associated with prints and bright color—once the association became recognizable—that’s what led us into other categories.” Swimwear, typically driven by rich, glossy hues and eye-catching patterns, was an obvious next step. Skow, who helps select prints and photographs all the Trina Turk collections, began designing a dapper men’s line, Mr Turk. Activewear and textiles followed suit.

This year, Turk unveiled more new categories: shoes, handbags, and jewelry. Her namesake stores traditionally carried accessories from other vendors, but Turk notes, “A customer shopping in a Trina Turk store wants something Trina Turk.” Even with an entire lifestyle brand propping up new product categories, she says the smaller surfaces on shoes and handbags present a different design challenge when showcasing color and pattern. “Now it’s about, ‘How do you express the DNA of a brand in a handbag?'”

Beyond the bricks and mortar, online shopping gives the brand an extra pop of color. “Our e-commerce business is healthier than our brick-and-mortar business,” she says, explaining that department stores don’t always stock a wide range of separates. Loyal Trina Turk customers—especially those in the brand’s biggest markets, in the South and Southwest—instead often rely on the web to view and purchase the widest array of new styles. Plus, bold colors and vivid prints look great online—and that’s a victory for a vibrant brand. “One thing we’ve learned from our e-commerce: black is not exciting online,” Turk says ruefully. “It might be the most gorgeous black garment on the face of the Earth, but it’s very hard to photograph and show detail on an amazing black dress.”

Turk notes the company’s growth trajectory has been slow and steady—“no huge spikes, no plunges,” she says. In 2014, across all categories and in both retail stores and online, Turk projects $100 million in revenue. She further projects single-digit growth for next year, noting, like many, that it’s a tough time for retail.

When she speaks about the past two decades, her surprise at her success doesn’t sound like false modesty. Rather, Turk’s own infectiously sunny style feels as tangible as her patterned dresses and sleek jumpsuits. She owes much of her success not just to her own optimism and drive, but to the brand’s narrative, one that makes customers feel like they have some affinity for the Trina Turk lifestyle brand.

Even with e-tail leading sales, in the coming years, she hopes to open more stores. “I don’t think people have an affinity for Forever21. It’s just cheap,” she says. By contrast, presenting a lifestyle brand in a fashion that resonates with a customer can sew up a loyal customer base. “Stores can help you tell that story.”