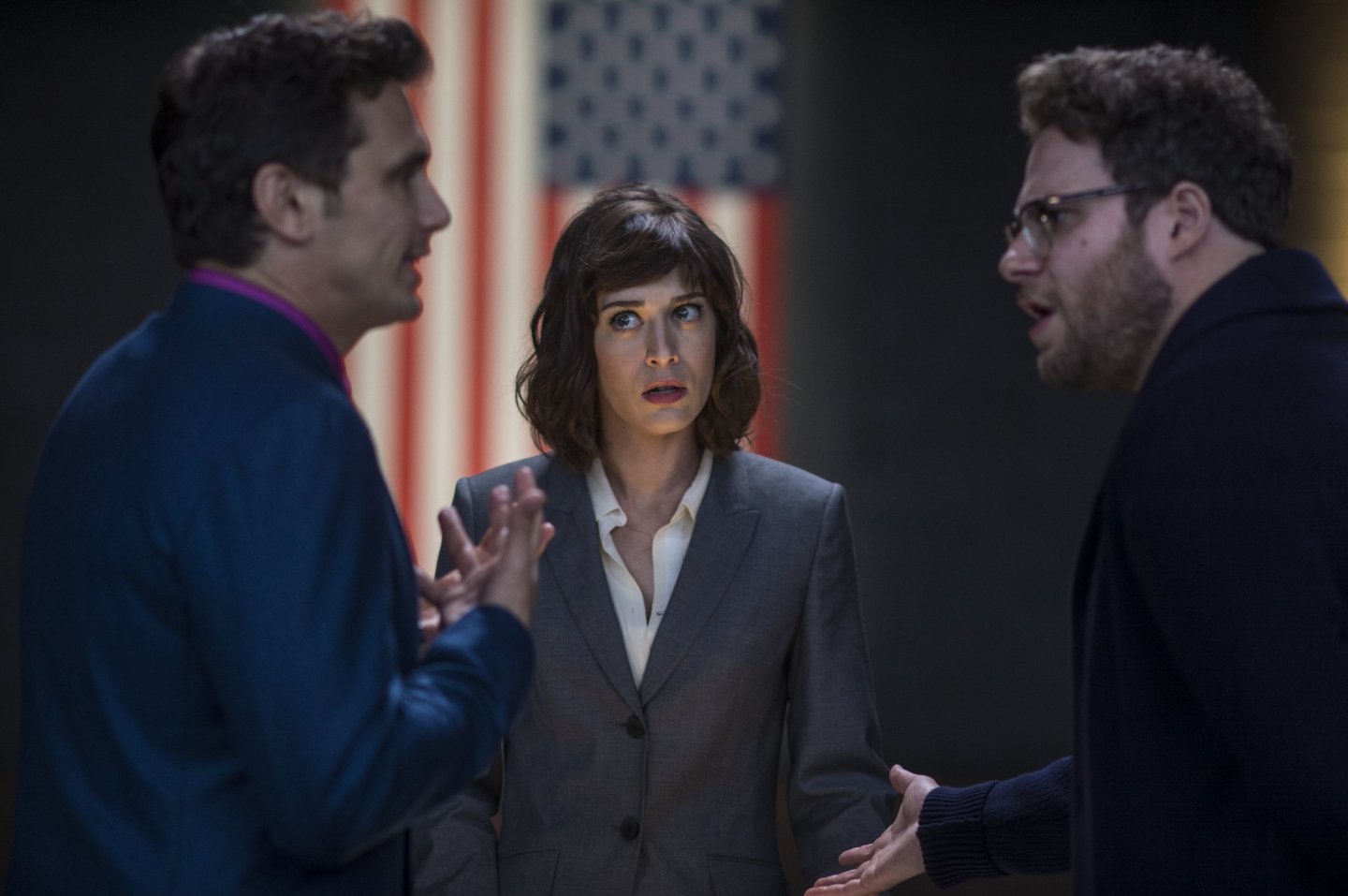 The ongoing Sony hack scandal took a dark turn today when the text of a note appeared on at least three media websites — apparently from the hackers — threatening a terrorist attack against screenings of the movie “The Interview.”

“We will clearly show it to you at the very time and places “The Interview” be shown, including the premiere, how bitter fate those who seek fun in terror should be doomed to,” the note reads, as printed on sites The Verge, Fusion, and Variety. It also warns readers to “Remember the 11th of September 2001.”

This release is the first part of the hacker’s promised “Christmas Gift,” a planned series of data dumps. The hackers, who call themselves “Guardians of Peace” are believed by some to be connected with the North Korean government. In the fictional upcoming film “The Interview,” characters played by James Franco and Seth Rogen try to kill a fictional version of North Korean leader Kim Jong-un.

The latest release is said to include e-mails from Sony Entertainment CEO Michael Lynton. Sony has warned media outlets against printing the hacked documents, claiming it is stolen intellectual property.

Neither Sony nor the FBI replied to request for comment.